Instant Pot Red Beans and Rice with Sausage. Roquefort Stars in a Delicious Sauce for Roasted Pork Tenderloins. If a dish I’m cooking has Roquefort in it (or even near it as a garnish), my spouse, displaying a near-Palovian response, can’t wait to try it. 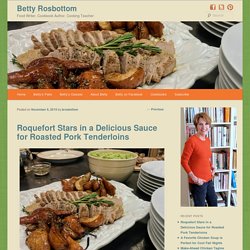 Imagine then his excitement when I recently served roasted pork tenderloins topped with an unusual Roquefort sauce. I discovered the recipe in a small French community cookbook given to me by a Parisian friend. Roquefort, definitely the star in this entrée, is combined with crème fraîche and Dijon mustard, then spread atop and along the sides of sautéed pork tenderloins. The tenderloins and some chopped shallots are enclosed in foil and roasted until tender. The delicious juices remaining in the foil packages after roasting are transferred to a pan, then turned into a “sauce au Roquefort.” Although my husband savors all blue cheeses, his favorite remains Roquefort, often referred to as the king of cheeses. Facebooktwitterlinkedinemailsharethis pinterest Print This Recipe 1. 2. 3. 4. 5. 6. 7. 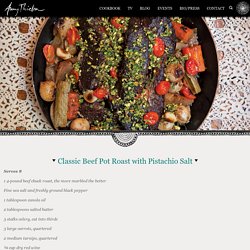 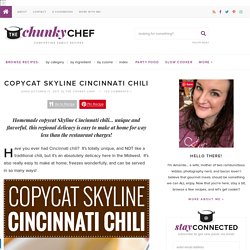 Have you ever had Cincinnati chili? It’s totally unique, and NOT like a traditional chili, but it’s an absolutely delicacy here in the Midwest. It’s also really easy to make at home, freezes wonderfully, and can be served in so many ways! Tricolore Stuffed Pork. As seen on: Giada's Holiday Handbook, Season 2, Episode 5. 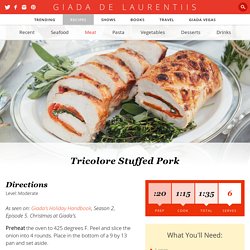 Christmas at Giada's. Preheat the oven to 425 degrees F. Homemade Corned Beef. 1 You can either used store-bought pickling spices or you can make your own. 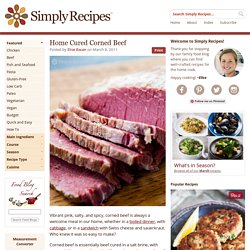 To make your own, toast the allspice berries, mustard seeds, coriander seeds, red pepper flakes, cloves, peppercorns, and cardamom pods in a small frying pan on high heat until fragrant and you hear the mustard seeds start to pop. Remove from heat and place in a small bowl. Use a mortar and pestle to crush the spices a little (or the back of a spoon or the side of a knife on a flat surface). Add to a small bowl and stir in the crumbled bay leaves and ground ginger. 2 Add about 3 Tbsp of the spice mix (reserve the rest for cooking the corned beef after it has cured), plus the half stick of cinnamon, to a gallon of water in a large pot, along with the Kosher salt, pink salt (if using), and brown sugar. Slow-Cooker Steak and Guinness Pie. User reviews made it? 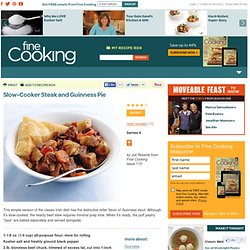 RATE IT! By sweetberryfield, 2/29/2012wow so good. Beef Roast Braised in Zinfandel Recipe. Method 1 If your roast is very fatty, trim some of the fat. 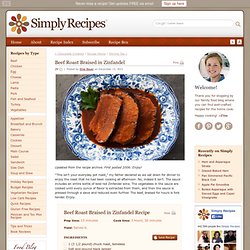 But it is important to keep some fat, as this will keep the roast moist while braising. In many supermarkets chuck roasts will already be properly trimmed. Salt the roast well and set aside at room temperature while you prepare all the other vegetables. 2 Pour a little water into a Dutch oven or other heavy, lidded pot. Baked Ham with Maple-Tea-Cardamom Glaze & Pan Sauce. Bake the ham Position a rack in the lower third of the oven and heat the oven to 325°F. 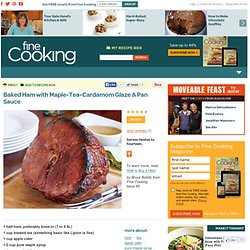 Trim away any skin and external fat to a thickness of about 1/4 inch. Lentils and Ham Recipe. Any leftover ham will do here, or you could use a smoked ham shank or ham hock in its place. 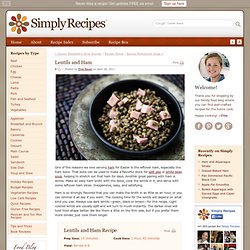 Slices of thick-cut bacon are a good substitute for the slices of leftover ham. Method 1 First make the ham stock. Put the ham bone and any stray bits of ham into a large, thick-bottomed pot and cover with the water. Add the bay leaves. Porkchops with Mushroom Bourbon Cream Sauce Recipe.

For the two of us I used the entire sauce recipe with 8 oz mushrooms. I made the sauce first in the skillet, removed the sauce to a bowl, then browned 2 pork chops(no breading) and then braised them in the oven in the skillet. When they were done, added the sauce back to the pan with the drippings – fauxtudor

Argentinian Stew. By Lynda KochevarSpecial to the Pioneer Press Posted: 12/26/2013 12:01:00 AM CST Q I'd like a white chicken chili recipe made in a crockpot. 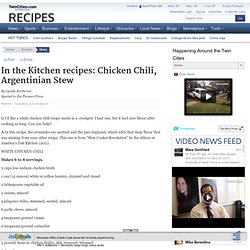 I had one, but it had zero flavor after cooking so long. Can you help? Baked Pork Chops And Sauerkraut Supper. Beef Brisket Pot Roast Recipe. 1 Prepare the brisket for cooking: On one side of the brisket there should be a layer of fat, which you want. If there are any large chunks of fat, cut them off and discard them. Large pieces of fat will not be able to render out completely. Grilled Marinated Pork Tenderloin with Soy and Cilantro. Grilled Pork Chops with Cherry Salsa Recipe. If your cherries are juicy, the salsa will be juicy too. Leek and Potato Soufflé With Ham and Fontina - Recipe.