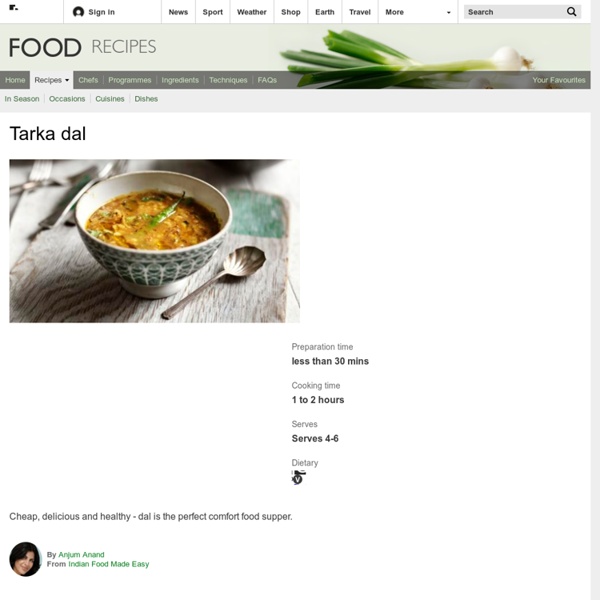 The Fiery Goan Pork Vindaloo Pork Vindaloo is synonymous with Goan food, but how does it get its name? After doing some research its interesting to know, that vin is for the vinegar and the ahlo means garlic in Portuguese. Some people say that it was Vindahlo, but since we know Aloo, as potatoes in India the dish was called Vindaloo. Pork Vindaloo Main Ingredient: 1 Kg Pork2 Big OnionsSalt as per taste Pork Vindaloo Masala Ingredients: 15 Kashmiri Chillies,4 - 6 Garlic flakes,1" Ginger2 Teaspoons of Jeera,1 and a 1/2" Haldi,1" piece of Cinnamon3 - 6 Peppers3 - 6 ClovesVinegar Procedure: First you need to wash the Pork pieces well, and then chop them up into nice bits. Once you dice the bits you need to dry the pieces of pork. Then add some salt this should help dry the pieces even more. Now keep that aside and lets get the masala ready, grind the chillies into a powder, then add some vinegar not too much into it. Add all the ingredients of the vindaloo masala shown above and then grind all of it in the blender.

Bombay mix In India, it is sometimes eaten as part of a meal; as a standalone snack, though, it is usually consumed with the hands. The name "Bombay mix", referring to the city of Mumbai, is mainly used in the United Kingdom and Ireland. Names used in India for the mix include: chevda/chivda (Hindi: चिवडा) or chevdo (Hindi: चिवडो, Gujarati: ચેવડો)bhuso (if made without potato)chanāchura (Odia: ଚନାଚୁର)chanachur (চানাচুর) or sanasur in Bangladesh and West Bengalchuda in Mumbai Variations[edit] Alternative, regional versions include: See also[edit] References[edit]

How and where to forage for common gorse | Foraging | Vegetarian Living magazine Head outdoors with foraging expert Fraser Christian, to hunt for nature's spoils. Also called golden gorse, whin, prickly broom and furze, gorse is native to the British Isles. Gorse can be found flowering from late autumn right through until early summer and is generally speaking at its best in early spring, when many plants are still lying dormant. A common saying, ‘when gorse is out of flower, kissing is out of season’, inspired the practical custom of including a gorse spray in bridal bouquets in some parts of the country. Where you’ll find it The name gorse is derived from the Anglo-Saxon ‘gorst’, denoting a waste place – its natural habitat. How to identify it The plant is a dense, much branched, stunted shrub. The golden-yellow flowers have a powerful coconut-scented perfume, filling the air. How to forage it The gorse bush is a veritable minefield of sharp spikes and the delicate little yellow flowers are well protected. Wild Forage Share this page with your friends...

Loaded Baked Potato Soup Recipe - How to Make Slow Cooker Crock Pot Style Creamy Potato Soup - Mama Loves Food Loaded Baked Potato Soup Recipe for the Crock Pot Slow Cooker is the best way to make simple creamy potato soup, and with no milk or cream! Baked potato soup is one of the few soups I can eat all year long – even on the hottest days of summer. Oh, who are we kidding. But this loaded potato soup made in the crock pot is on point. Our Slow Cooker Baked Potato Soup is made with cream cheese instead of heavy cream, which gives a rich full and super delicious flavor. This recipe is my husband’s absolute favorite and if I dare ask what he’d like for virtually any special occasion, it’s this (and a cookie cake)! Before we get to baked potato soup recipe, here are answers to the most frequently asked questions: This is the slow cooker I use (and it’s a tight fit): Crock Pot 7 Quart Slow Cooker.You could also use this super fantastic 6 quart instant pot. Hope that helps and feel free to leave a comment below if you have other questions or concerns! Did you know you can freeze baked potato soup!

vegan society recipes Tasty steps Continue to enjoy cakes and comfort food, curries and healthy meals - and all your favourite dishes - the vegan-friendly way. Find more ideas and support our work with recipe books in our shop. Try Cooking Vegan by dietitian Vesanto Melina and chef Joseph Forest for full, nutritionally analysed recipes for people of all ages. Don't forget to head over to our blog where we often feature recipe bloggers. Need more ideas on sandwich and wrap fillings? Publishing recipes in newspapers and magazines Please note all the recipes in this section are copyrighted by their authors. If you're a journalist and would like to use some of the recipes below in your publication, please email media@vegansociety.com with links to the recipe(s) you'd like to use, and we'll check that we have permission to share them.

Drinking Melissa Etheridge's Marijuana-Infused Wine “Cannabis and wine have both been around for thousands of years,” Grammy-winning singer-songwriter and dedicated medical marijuana activist Melissa Etheridge tells me. “But the notion of a commercial cannabis wine industry is brand-new. Even the idea of ganjapreneurs is still relatively new. Etheridge let leak her plan to serve as spokeswoman for a high-end line of marijuana-infused “wine tinctures” last month, during an appearance on Bloomberg TV that later generated quite a buzz online. Pounds of homegrown, outdoor, organic cannabis buds are all harvested, dried, cured, and weighed out in advance, so as to greet the grape juice the moment it arrives. Of course, while selling such a product to the public may be unprecedented, the practice of blending two of humanity’s most popular and enduring intoxicants actually has a long history. “So our wine offers the many benefits of cannabinoids, without all the euphoria,” Molyneux explains.