How America's Largest Local TV Owner Turned Its News Anchors Into Soldiers In Trump's War On The Media. Earlier this month, CNN’s Brian Stelter broke the news that Sinclair Broadcast Group, owner or operator of nearly 200 television stations in the U.S., would be forcing its news anchors to record a promo about “the troubling trend of irresponsible, one sided news stories plaguing our country.” So-Called USA: Revolutionary Abolitionist Movement 10 POINTS of ACTION. Received on 03.01.20: With the New Year and new decade, we launch ten points to clearly communicate what RAM stands for and what we are workings towards. 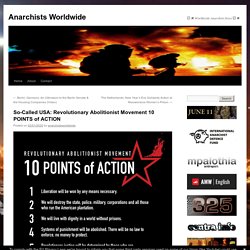 The struggle has been intensifying around the world, with the far right and far left becoming more defined and militant. In the US, simmering tensions are constantly on the verge of erupting, but far left positions have become muddied and unclear, and as a result cannot speak to the seriousness of the situation at hand. We want to draw the battle lines very clearly, and definitively. We want to say to all those who are being incarcerated, murdered, and tortured by the state: we see the situation and we will fight to stop it. 1. Revolutionary Abolitionist Movement This entry was posted in General and tagged america, anarchist movement, anti-colonial struggle, death to amerikkka, manifestos, no borders, prison abolition, RAM, revolutionary abolitionist movement, so-called usa, usa.

Encounter Programs – Listen. Learn. Lead. A Case Study in Framing and Interpretation. Brady Duke is a senior at the University of Alabama majoring in Religious Studies and Latin. 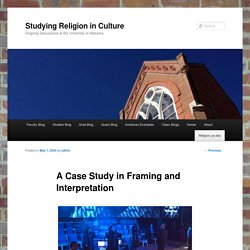 After graduation, he plans on pursuing a master’s degree in Classical philology with a concentration in Latin language and literature. Throughout this semester, we have been learning various ways in which individuals, either scholars or laypersons, interact, define, and interpret the past. Abominable: anger grows over controversial map in Chinese children's film. Malaysia’s film censors have ordered a scene to be removed from the animated movie Abominable which shows China’s nine-dash line in the South China Sea, an official has said, amid growing anger among countries with overlapping claims to the region. 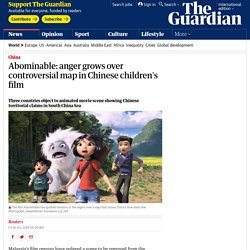 The U-shaped line is used on Chinese maps to illustrate its territorial claims over vast expanses of the resource-rich South China Sea, including areas claimed by other countries. Vietnam pulled the movie from cinemas on Monday, while the Philippines’ foreign minister has called for the scene showing the map to be cut and the film boycotted. Malaysia’s film censorship board said on Thursday it has given the green light for the movie to be screened in cinemas without the scene depicting the map. "Get Off in Thailand": AirAsia Apologizes for Ad That Sounds Like It's Promoting Sexual Exploitation. AirAsia wanted to promote their direct route to Bangkok to Australian communities, so they came up with the phrase, “Get Off in Thailand” and plastered it on buses and billboards in Brisbane. 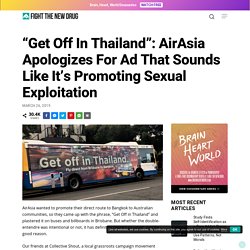 But whether the double-entendre was intentional or not, it has definitely caused an upset, and for good reason. Our friends at Collective Shout, a local grassroots campaign movement against the objectification of women, called out AirAsia for promoting sex tourism in Thailand. Yikes. A spokeswoman for AirAsia told the BBC in their report, “AirAsia takes community feedback extremely seriously and the airline sincerely apologizes for any inconvenience caused from recent concerns raised… AirAsia can confirm the advertising campaign has ended and we instructed our media partners to have the advertising removed as soon as possible today from all locations.” Three Ways To Look At The World As A Village. Nike's long history of courting controversy through advertising. Nike ads are about making money, but some have also bled over into social commentary — like the new Colin Kaepernick spot. 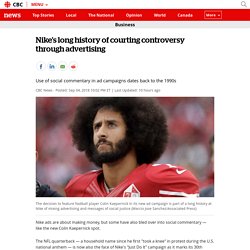 'Why I never want babies' An increasing number of South Korean women are choosing not to marry, not to have children, and not even to have relationships with men. 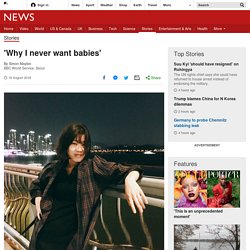 Once Upon a Time in Hiroshima – Member Feature Stories. The Economic Arguments Used Against Immigrants, and Why They're All Wrong. I distinctly remember my first economics course. 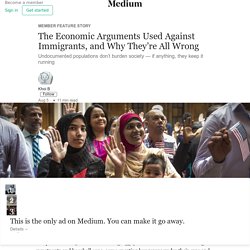 It was held in a large lecture hall in the business building of my university, one of the nicer facilities on campus. Around 50 students would groggily shuffle into the room wearing sweatpants and baseball caps, some sporting hangovers under their eyes and others wearing mosaics of pizza stains and cheap Chinese food on their school T-shirts.

My professor was not an organized man. The Problem With Generalizing About ‘America’s Schools’ Teaching in the Age of Trump – Member Feature Stories. 1. 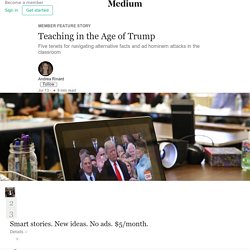 Kids need to learn how to be more responsible and canny media consumers Alternative facts and fake news have become the modern version of “nuh-uh.” If you don’t like what I’m saying, call it fake news. If you can’t refute my assertion with objective facts, do it with alternative facts. Kids (and adults) read things on social media and take them at face value. An assignment I gave to my AP English Language kids was to take one event and compare how that one event was covered by four different news organizations. 70 Years of Catastrophe in Palestine – The Nib. The latest bloodshed in Gaza is no surprise after seven decades of brutal military occupation. 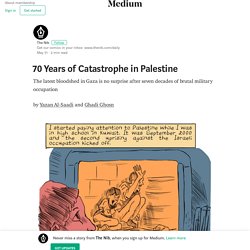 The Civil War In The South’s Own Words – Arc Digital. Culture - Did Darkest Hour get much right? 'We were trying not to get hit by their tails' – how I filmed the Faroe whale hunt.