Automation | Automatisation. IoT - Internet des objets. Industry 4.0 – How to Boost your Company's Agility, Flexibility & Innovativeness. Future of Manufacturing 2018 - Raconteur. Industry 4.0, smart factory, and connected manufacturing. The smart factory represents a leap forward from more traditional automation to a fully connected and flexible system—one that can use a constant stream of data from connected operations and production systems to learn and adapt to new demands. 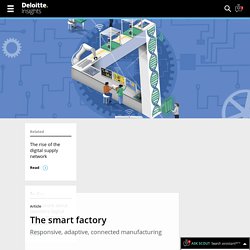 The new frontier of manufacturing systems Connectivity within the manufacturing process is not new. Yet recent trends such as the rise of the fourth industrial revolution, Industry 4.0,1 and the convergence of the digital and physical worlds—including information technology (IT) and operations technology (OT)—have made the transformation of the supply chain increasingly possible. Shifting from linear, sequential supply chain operations to an interconnected, open system of supply operations—known as the digital supply network—could lay the foundation for how companies compete in the future. In this paper, we explore how these capabilities integrate to enable the act of production. 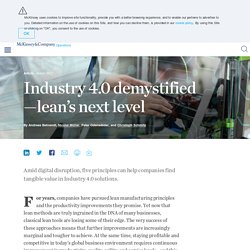 For years, companies have pursued lean manufacturing principles and the productivity improvements they promise. My three decades at Disney taught me not to fear automation. Industry 4.0 for Technology, Media and Telecommunications. ​What sets Frontrunner TMT companies apart from the rest? 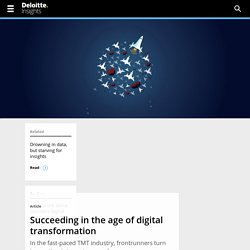 They're prepared for the coming Industry 4.0 revolution—and ready to prioritize innovation, amplify opportunities through partnerships, and craft digital strategies for the future. Introduction: TMT and Industry 4.0. Blockchain beyond the hype: What is the strategic business value? Companies can determine whether they should invest in blockchain by focusing on specific use cases and their market position. 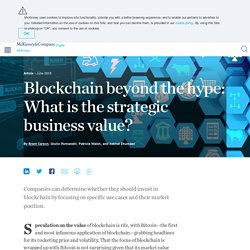 Speculation on the value of blockchain is rife, with Bitcoin—the first and most infamous application of blockchain—grabbing headlines for its rocketing price and volatility. That the focus of blockchain is wrapped up with Bitcoin is not surprising given that its market value surged from less than $20 billion to more than $200 billion over the course of 2017.

Yet Bitcoin is only the first application of blockchain technology that has captured the attention of government and industry. Blockchain was a priority topic at Davos; a World Economic Forum survey suggested that 10 percent of global GDP will be stored on blockchain by 2027. Multiple governments have published reports on the potential implications of blockchain, and the past two years alone have seen more than half a million new publications on and 3.7 million Google search results for blockchain. Leaders. Blockchain Special Report: What to Expect in 2018. Society needs a reboot for the Fourth Industrial Revolution. Society’s operating system needs an upgrade. 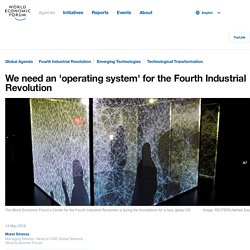 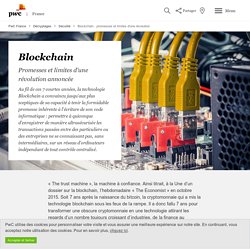 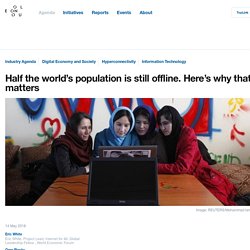 Around the same time, Microsoft announced that it had developed software that could translate Chinese to English as fast and as accurately as a human. To top it off, just last week the world learned that there is now a robot that can autonomously assemble furniture. Such stories make it clear: to read the science and technology news today is to see a world of rapid progress and infinite potential. Only 5 per cent of Australian companies are changing how they work to capitalise on AI. The New Automation Is Smart, Fast, and Small.

At most companies, the profile of a large-scale technology initiative has looked astonishingly similar over the last several decades. 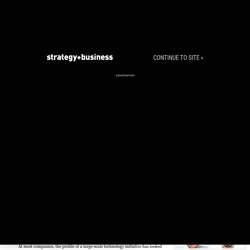 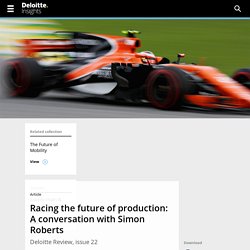 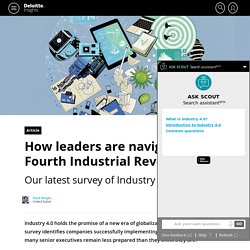 André Hoffmann, vice chairman, Roche Holding Ltd., and chairman, Hoffmann Global Institute for Business and Society Advisory Board. A Strategist’s Guide to Industry 4.0. Avoiding the Hidden Hazards of Industry 4.0 - Boston Consulting Group. Far too often, companies yield to the dazzle of Industry 4.0 without considering hidden costs of implementation and without weighing the possibility that low-tech solutions might handle some processes more simply and inexpensively.

The seductive power of Industry 4.0 solutions is on full display when production technology experts gather for peer meetings. Presenters proudly showcase their most recent work with complex 3D modeling solutions, the latest high-tech gadgets, or artificial intelligence algorithms. The social safety net is not ready for the next tech revolution. Here’s why.

Will robots, artificial intelligence and the technology revolution mean the end of the American workforce? Recent studies suggest yes – with the most dystopian of views foreshadowing the disappearance of the middle class, replaced by machines, forcing the government to provide basic services and funding for generations of a new underclass. How 5G will change the world. It is not an easy time to be an internationalist, to seek global solutions to global problems amid what feels like one of history’s periodic inclinations toward divisiveness. Yet, ironically, we’re on the verge of a new age of interconnectedness, when the daily lives of people across the planet will be more closely intertwined than ever. Advances in technology will usher in the age of fifth generation, or 5G, telecommunications.

And, if past is prologue, this technological evolution will lead to dramatic societal changes. The Industry 4.0 manufacturing revolution. Why we need to embrace the tech backlash – World Economic Forum. The Fourth Industrial Revolution will bring a massive productivity boom. I believe technology serves us best when it gives us more time to do things that are uniquely human. This includes activities that are enjoyable, creative, and productive. For nations and societies, the “good” or benefit of technology is often expressed in economic terms, in measures such as workplace productivity and business growth. As we move into the Fourth Industrial Revolution and the digital transformation of life as we know it, the potential benefits and risks of this new era are in ongoing discussion, in Davos and elsewhere. Will the Fourth Industrial Revolution deliver on its promises? Why the Automation Boom Could Be Followed by a Bust.