The Story of Limitless - Using Airo Shock Protection. What3words, a mapping startup, helps you find anywhere without an address. That's the argument of London startup what3words, which says such addresses are expensive to provide, restrictive and prone to error. 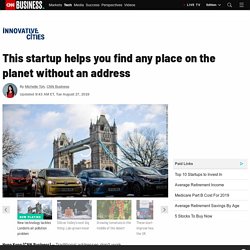 The company's answer is to divide the world into 57 trillion squares and give them each quirky, three-word addresses that what3words says can track down pretty much any place on the planet, from homes in an Indian slum to a refugee camp in Uganda to an alleyway in Hong Kong. "It's user-friendly GPS," said Giles Jones, the company's chief marketing officer. "Everybody's got a story of where location has not been good enough. " The idea came from what3words CEO Chris Sheldrick, a former live music organizer. Most Innovative Companies 2019: AI, Platforms, and Ecosystems. 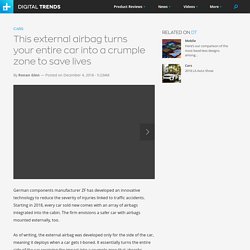 Starting in 2018, every car sold new comes with an array of airbags integrated into the cabin. The firm envisions a safer car with airbags mounted externally, too. As of writing, the external airbag was developed only for the side of the car, meaning it deploys when a car gets t-boned. A new era of computing is coming. How can we make sure it is sustainable?

Eighty years ago, Alan Turing laid down the mathematical basis of computation. 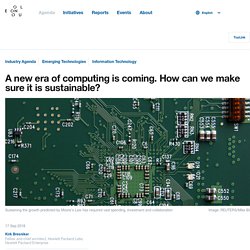 Just a decade later, John von Neumann made computing practical. Advances in information technology since then have been fundamental to global economic growth, fuelled by a collection of critical core technologies for which we have been able to engineer exponentially increasing performance at exponentially decreasing costs. A memory chip in a modern cellphone has a million times more capacity than the computer John Von Neumann (right) built for the Institute for Advanced Study circa 1951 This remarkable journey is described by Moore’s Law, Intel co-founder Gordon Moore’s 1971 prediction that the number of transistors we can pack into a microchip would double every 18-24 months.

This Chinese tech giant's latest gadget is... a bus. An executive’s guide to AI. Think nothing is made in America? Output has doubled in three decades. Healx – Healx identifies existing drugs that could treat rare diseases, offering a cost effective way to improve patient quality of life. Amazon Wants to Judge Your Style, So We Judged Amazon - WSJ. Among the iPhone’s Biggest Transformations: Apple Itself - WSJ. Businessinsider.com. Wall Street to CEOs: Disrupt Your Industry, or Else - WSJ. 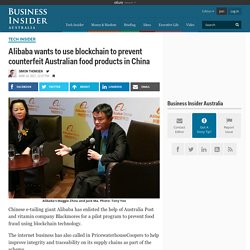 The internet business has also called in PricewaterhouseCoopers to help improve integrity and traceability on its supply chains as part of the scheme. Alibaba ANZ managing director Maggie Zhou signed a memorandum of understanding with Australia Post and Blackmores in Canberra today during Chinese premier Li Keqiang’s visit to the country. The two Australian companies will offer in-market testing across their supply chains for the pilot. Zhou said that if the Australian scheme is successful, it will form the basis of a global supply chain model for all of Alibaba Group’s e-commerce markets.

“Food fraud is a serious global issue that not only costs the food industry billions every year, but puts consumers’ health at risk. Fraud costs the global food industry is an estimated $US40 billion annually. Microsoft deletes 'teen girl' AI after it became a Hitler-loving sex robot within 24 hours. Need an Accountant? Try a Robot Instead - CFO Journal. Coca-Cola Set to Expand Tech Incubator, Bring in Corporate Partners - CIO Journal. Savings on New & Used Cars. Inside Airbnb. Adding Data to the Debate. Autonomous FF 91 blends luxury and connectivity. 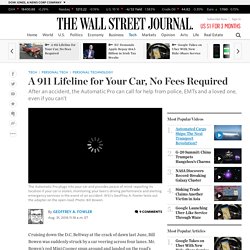 State Department Deploying Internet of Things Platform to Monitor Energy Use - CIO Journal. 7 Innovation Myths. In The Power of Why Amanda Lang argues that innovation is simpler than you think. 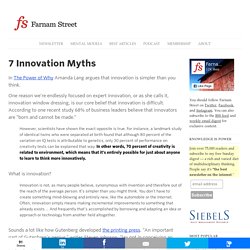 One reason we’re endlessly focused on expert innovation, or as she calls it, innovation window dressing, is our core belief that innovation is difficult. According to one recent study 68% of business leaders believe that innovators are “born and cannot be made.” However, scientists have shown the exact opposite is true. For instance, a landmark study of identical twins who were separated at birth found that although 80 percent of the variation on IQ tests is attributable to genetics, only 30 percent of performance on creativity tests can be explained that way. In other words, 70 percent of creativity is related to environment, which means that it’s entirely possible for just about anyone to learn to think more innovatively.

What is innovation? The Five Skills of Disruptive Innovators. How To Be Creative. Steve Jobs on Creativity. “Originality depends on new and striking combinations of ideas.” — Rosamund Harding In a beautiful article for The Atlantic, Nancy Andreasen, a neuroscientist who has spent decades studying creativity, writes: [C]reative people are better at recognizing relationships, making associations and connections, and seeing things in an original way—seeing things that others cannot see. … Having too many ideas can be dangerous. 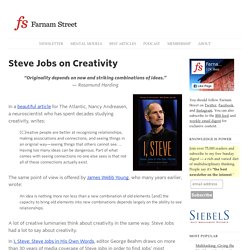 Part of what comes with seeing connections no one else sees is that not all of these connections actually exist. A virtual reality revolution is coming in 2016. Loaded: 0% Progress: 0% 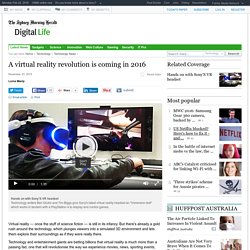 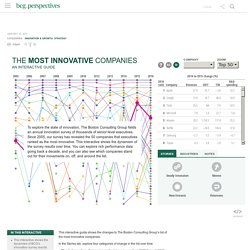 In the Stories tab, explore four categories of change in the list over time: Steady Innovators. Companies on the list every year from 2005 through 2016Movers. Companies that advanced ten or more positions from 2015 through 2016New Entrants. Companies that first appeared on the list in 2016Returnees. In the Industries tab, examine movements within nine industries on the list: automotive, consumer and retail, energy, financial services, health care, industrial products, media and entertainment, technology and telecommunications, and transportation and travel.