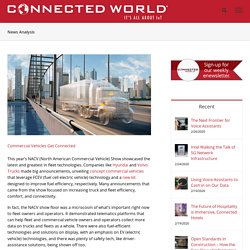 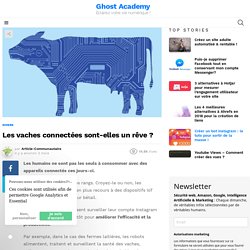 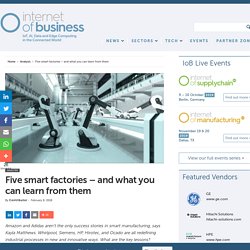 Whirlpool, Siemens, HP, Hirotec, and Ocado are all redefining industrial processes in new and innovative ways. What are the key lessons? Today’s customers want goods made to their specifications, and they want them the next day. Smart factories and increased automation are one solution for manufacturers that need to drive their innovations faster – not just to keep ahead of competitors, but also to keep pace with customer demands. Case Study: Whirlpool Corporation, Sustainability From Factory to Home. 4 Real-life IoT Examples Proven to Transform Business. Without human assistants at the retail point to collect customer feedback, getting data from IoT-enabled vending machines is crucial. It helps identify the busiest locations and most popular drinks, gage inventory levels, and machine profitability.

In one instance, this data has led Coca-Cola to come up with a new flavor: by analyzing the accumulated big data, the vendor has come to understand that mixing Cherry and Vanilla Coke was popular among the customers. In the Coca-Cola vending machines, IoT enables cashless payments, personalized communications, stock and refill notifications to the brand’s management, and gathering performance and service data for suppliers. It also helps implement loyalty programs allowing customers to accumulate bonus points and use them to buy a free drink all in one tap on their smartphones. When the Internet of Things and Smart Machines Collide. Slowly at first and then suddenly — that’s the signature of exponential growth. 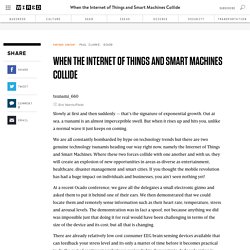 Out at sea, a tsunami is an almost imperceptible swell. But when it rises up and hits you, unlike a normal wave it just keeps on coming. HUGO BOSS Group: Smart factory in Izmir. IoT applications in agriculture: the potential of smart farming on the current stage. Everything on smart agriculture (with examples!) 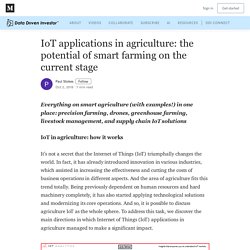 In one place: precision farming, drones, greenhouse farming, livestock management, and supply chain IoT solutions IoT in agriculture: how it works It’s not a secret that the Internet of Things (IoT) triumphally changes the world. In fact, it has already introduced innovation in various industries, which assisted in increasing the effectiveness and cutting the costs of business operations in different aspects. And the area of agriculture fits this trend totally. IoT farming: the most widespread direction As one of the popular dimensions to discuss applications of IoT in agriculture, the precision farming deserves special attention. Continuous Measurement: Making Better Beer With IoT. Beer is a popular beverage around the world, but here in Grand Rapids, Michigan, it’s a bit more. 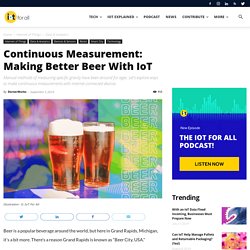 There’s a reason Grand Rapids is known as “Beer City, USA.” Fermentation is the name of the biochemical process where the sugars in a liquid, typically derived from grains or other organic sources, are converted to alcohol and fizz (carbon dioxide) by yeast. It’s the key to making wine, beer and hard cider. Needless to say, with 37 breweries (in 2018) and growing, there is a lot of fermentation going on in Grand Rapids.

Because of fermentation’s central role in beer production, monitoring the fermentation process is important to breweries. IoT Conveyor Belts Improve Mining, Manufacturing, and Logistics. As the Fourth Industrial Revolution, aka Industry 4.0, takes hold, experts in every field are wondering what it means for them. 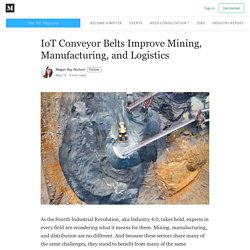 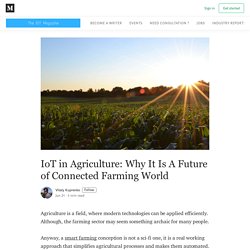 Although, the farming sector may seem something archaic for many people. Anyway, a smart farming conception is not a sci-fi one, it is a real working approach that simplifies agricultural processes and makes them automated. A Catalog of Civic Data Use Cases. Smart grids, and particularly smart electric meters, played a promising role in improving disaster response and the speed with which power could be restored after super storm Sandy downed power lines across the east coast in 2012. 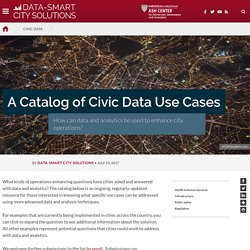 That role was small-scale and local, since electric utilities' conversion to smart-grid technology has been slower than desired, but the potential is there for the technology to have a much larger impact as these systems are rolled out more widely. At best, phone calls and spotty service-outage reports can slowly piece together a hazy picture of the conditions of a power network. Data-Smart City Solutions. Urbanites, strap on your helmets and secure your bike horns because we are rolling into the age of the urban cycler. 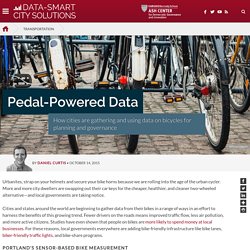 More and more city dwellers are swapping out their car keys for the cheaper, healthier, and cleaner two-wheeled alternative—and local governments are taking notice. Cities and states around the world are beginning to gather data from their bikes in a range of ways in an effort to harness the benefits of this growing trend. Fewer drivers on the roads means improved traffic flow, less air pollution, and more active citizens. Studies have even shown that people on bikes are more likely to spend money at local businesses. For these reasons, local governments everywhere are adding bike-friendly infrastructure like bike lanes, biker-friendly traffic lights, and bike-share programs. The city of Portland, Oregon, which has one of the most pedal-friendly populations in the country, wanted to ensure such investments were made based on data. How Global Leaders Are Leveraging the Enterprise Industrial Internet of Things (IIoT)

Case-studies from Railway, Oil & Energy industries. Predictive Maintenance case-studies from Railway, Energy, Oil & Minerals Industries: The Challenges and Benefits With the advent of Industry 4.0, predictive maintenance has been seen as the next technology frontier to unlock benefits of increased productivity and reduced costs. This parameter based continuous monitoring helps in recognizing the failure point or behavioural anomalies.

Thus, decision making can be done proactively by deploying the field technician or sending a patch fix remotely; prior to the actual breakdown. To summarize, predictive maintenance is a culmination of condition based monitoring and data analytics. However, for organizations this paradigm shift from preventive to predictive maintenance, though necessary, is challenging at various levels. Such migration will need a re-framing of organizational process, investments in new technologies and training to the existing workforce. IoT for Predictive Maintenance: Essence, Architecture, Applications. For years, manufacturers have been practicing a time-based approach to the equipment maintenance. They used to take the age of machinery as the factor for planning the maintenance routine. The older the equipment the more frequent maintenance procedures need to be carried out.

La connectivité est l'un des domaines technologiques clés du groupe Volvo. Volvo - Achieving better processes with predictive maintenance - IBM MediaCenter. AUDI Electric Motor Engine FACTORY - HOW IT'S MADE. Presentation on Condition Monitoring. Manufacturing Intelligence in the Smart Factory. Inmarsat IoT on land and at sea 2018 09. 10 stellar real-life examples of IoT taking flight in aviation. The Internet of Things (IoT) has really taken off in aviation. We look at which airlines are emerging as early innovators. EasyJet EasyJet may be a budget airline specialising in affordable travel, but the firm has really done something quite innovative in the Internet of Things (IoT) space through wearable technology. Claiming to be the first airline to use wearable tech, it has equipped cabin crew and ground staff with wearable tech uniforms. The new suit is fitted with LEDs on the shoulders and hems to provide visual guidance to the passengers and built-in microphones for direct communication with passengers, pilots and amongst the crew members.

EasyJet is also using drones to inspect to its fleet of airplanes. Helsinki Airport. 9 examples of manufacturers making IIoT work for them. From smart factories to connected farming, the Industrial Internet of Things (IIoT) is nothing new for those in the manufacturing sector. Caterpillar American machinery and equipment firm Caterpillar recently established a partnership with Uptake, an industrial analytics company, to help Caterpillar customers better understand the health of their equipment, and to monitor and optimize their fleets more effectively. Caterpillar says customers typically use its technology for fleet monitoring and to track fuel efficiency, but this partnership aims to take the offering ‘to the next level.’

Solutions 4.0 pour l'Industrie - Diota. Augmented reality - Factory of the Future. Quand-l-usine-passe-a-la-realite-augmentee. Bosch Rexroth. Industry 4.0 changes the rules of the game for manufacturing. Connecting real machines with information technologies and the Internet increases productivity. Companies that use new technologies for industry 4.0 are more competitive because they produce at lower costs and meet customer needs with more flexibility.