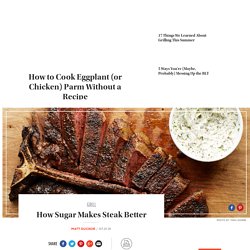 You've purchased the perfect grill, and you've procured the latest, greatest cuts of steak. Cut to you throwing that glorious piece of meat onto a blazing hot grill, all of your loved ones looking on in anticipation. A few minutes later, the steak is pulled off the grill. You slice into the meat's thick crust to reveal perfectly medium-rare flesh. The only problem? And why? It may seem counterintuitive to make like Mary Poppins and add a spoonful of the sweet stuff to your meat. Make a large batch of this easy-to-remember rub to use on beef, poultry, or vegetables: Combine 4 parts salt, 3 parts brown sugar, 2 parts sweet paprika, and 1 part cayenne pepper.

If you've got extra time on your hands, tenderize whatever you're cooking with an easy marinade. The Food Lab's Complete Guide to Sous Vide Smoked Brisket. Consistently moist brisket with a smoky bark. 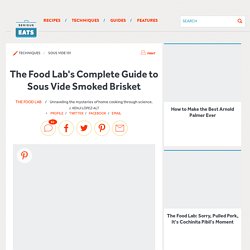 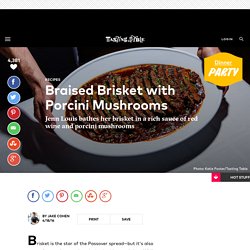 Japanese Burgers With Wasabi Ketchup Recipe. 72-Hour Braised Short Ribs. Collagen determines, to a large extent, whether cooked meat ends up tender or tough. It is also the determining factor in how long you should cook a given cut of meat. David Thompson: Thai street food recipes. I am addicted to these. 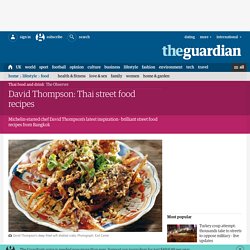 Along the street there are small grills, often just a large metal bowl with a rack perched on top. I'll stop and look and long for the fruits of their labour – smoky grilled skewers of pork. I'll smuggle some home as if carrying a guilty secret to relish in private. Sometimes, most of the time, I'll break into the cache on the way home. Grilling is one of the more popular techniques of the streets, where there are many ad hoc pieces of equipment and the grill is one of the most common. 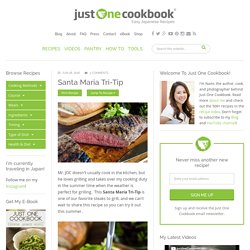 JOC doesn’t usually cook in the kitchen, but he loves grilling and takes over my cooking duty in the summer time when the weather is perfect for grilling. Patty Melt Recipe. The patty melt is a classic. 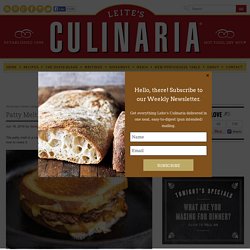 And it’s surprisingly easy and quick to slap one together at home. Here’s how to make it. Adapted from George Motz | The Great American Burger Book | Stewart, Tabori & Chang, 2016 “The traditional patty melt is a beautiful thing,” says author George Motz. The Secret to Better Burgers is Smashing - Genius Recipes. Of course the most genius burger I've ever made would come from The Food Lab (and the brilliant dude behind it). 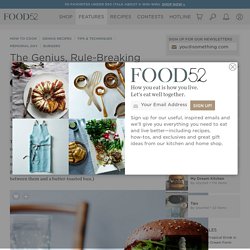 Of course I won't be able to make cheeseburgers another way. These burgers are perilously juicy, with the crispiest, meatiest, most umami-fied crust you can get in a burger. They also take under a minute to make, without any special ingredients—just the normal stuff: beef, salt, pepper, melty cheese. (In fact, I usually prefer to eat them just like this, with nothing else coming between them and a butter-toasted bun.) 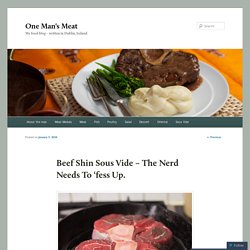 They will be delicious.” Or, so came the casual (too casual as it turned out), throw-away remark. I gave a good bit of thought to what would go nicely with the Beef Shins Sous Vide, over the two days and nights the dinner was cooking. Juicy and Tender Italian-American Meatballs in Red Sauce. What is the perfect meatball? 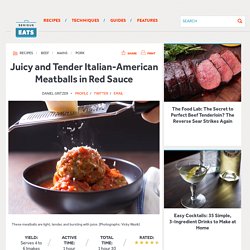 For me, it's a plump, juicy ball of highly seasoned meat that's so tender a spoon can pass right through it with almost no resistance. Best Ever Beef Marinade Recipe.