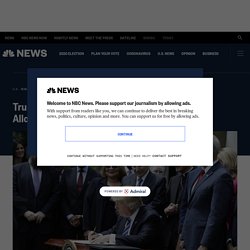 "Faith is deeply embedded into the history of our country, the spirit of our founding and the soul of our nation," Trump said in the Rose Garden at a National Day of Prayer event with religious leaders and White House staff. "We will not allow people of faith to be targeted, bullied or silenced anymore. " The president declared his administration would be "leading by example" on religious liberty in the United States. The Evangelicals Who Are Taking On QAnon. Democrats and evangelicals - Lilo. Some of his colleagues also didn’t understand his work, he writes. 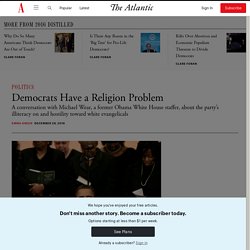 He once drafted a faith-outreach fact sheet describing Obama’s views on poverty, titling it “Economic Fairness and the Least of These,” a reference to a famous teaching from Jesus in the Bible. Another staffer repeatedly deleted “the least of these,” commenting, “Is this a typo? It doesn’t make any sense to me. How abortion, guns and church closings made coronavirus a culture war - Chicago Tribune.

Could These Evangelical Democrats Change the Party? White evangelical voters abandoned Carter in droves for the GOP, and that alliance has only solidified over time. 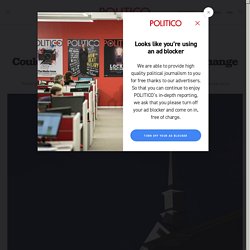 (Black evangelicals, who have a long history of political engagement going back to the civil rights era, did not follow the same path; they overwhelmingly identify as Democrats, though don’t always align with the party on social issues.) Three quarters of white evangelicals supported Donald Trump in 2016 and their support for him remains high. But his approval among this group has dipped in recent months. It’s not clear that this will translate into more votes for Democrats—defectors could stay home or vote third party—but there are at least some signs of change.

Sunday slump - The virus is accelerating dechurching in America. LIVING IN THE shadow of Disney’s Magic Kingdom has mostly been a happy experience for Community Presbyterian church in Celebration, Orlando. 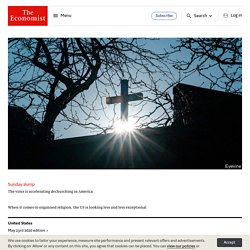 Its handsome white building, with storybook steeple, was part-funded by a pious niece of Walt. The nearby theme parks have supplied the church with many of its 800-odd members as well as a steady stream of visitors—in the winter, when tourists flock to Florida, the congregation often swells to 1,500. But when Walt Disney World closed in mid-March and the church did too, its fortunes took a dive. Its income, which comes chiefly from weekly donations, plummeted. Several employees lost their jobs. Opinion: Trump can't take the evangelical vote for granted. And, on Trump's watch, the GOP has delivered on promises to its Christian base, including confirming two conservative Supreme Court justices and signing executive orders on religious liberty -- in both domestic and international affairs. 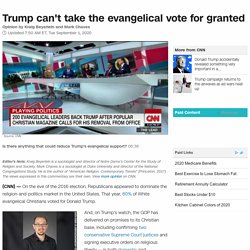 Republicans remain confident in their hold on evangelical voters -- a confidence that was on full display last week at their convention, where Trump warned supporters that Democrats want no guns, oil or God. However, a closer look reveals trouble in the water. Last December, Christianity Today, the flagship evangelical Protestant magazine, published an editorial from its editor-in-chief that called for Trump to be removed from office. Then, earlier last week, Jerry Falwell, Jr., one of the leading evangelical Protestant leaders to support Trump in 2016, resigned as president of Liberty University after a series of scandals. (Falwell has not been formally accused or admitted to any wrongdoing.)

Consider congregation-based action on immigration. Sex and death lie at the poisoned heart of religion. A dispute with BBC TV's religious slot, Sunday Morning Live: would I join a debate on the pope? 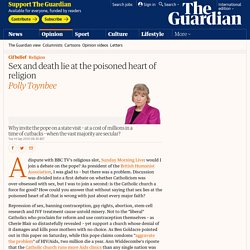 As president of the British Humanist Association, I was glad to – but there was a problem. Discussion was divided into a first debate on whether Catholicism was over-obsessed with sex, but I was to join a second: is the Catholic church a force for good? How could you answer that without saying that sex lies at the poisoned heart of all that is wrong with just about every major faith? Repression of sex, banning contraception, gay rights, abortion, stem-cell research and IVF treatment cause untold misery.

Not to the "liberal" Catholics who proclaim for reform and use contraception themselves – as Cherie Blair so distastefully revealed – yet support a church whose denial of it damages and kills poor mothers with no choice. Women's bodies are the common battleground, symbols of all religions' authority and identity. The other dominion the religions control is death. The Handmaid's Tale: no wonder we've got a sequel in this age of affronts on women's rights. We are containers, it’s only the insides of our bodies that are important. 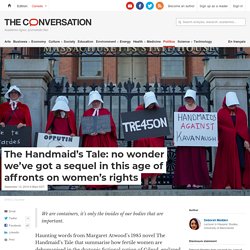 Haunting words from Margaret Atwood’s 1985 novel The Handmaid’s Tale that summarise how fertile women are dehumanised in the dystopic fictional nation of Gilead, enslaved and forced into pregnancy and birth through a process of ritualised rape. A nightmarish reification of anti-choice rhetoric, this seminal feminist text has informed and mobilised pro-choice movements throughout the world. Protesters in Europe, the US and Latin America have donned the handmaids’ iconic costumes – blood-red robes and isolating white bonnets – to advocate access to abortion. Sex and death lie at the poisoned heart of religion. Faith in religion is dwindling, but when will British politics reflect that? In these dark times the Enlightenment itself can seem in retreat. 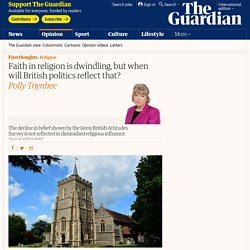 Fact-free emotion wins over reason and the hard-earned liberalism of centuries is thrown into reverse. Donald Trump and Boris Johnson succeed by flamboyantly disregarding truth. Evangelical magazine Christianity Today calls for Trump's removal after impeachment. Christianity Today, the evangelical Christian magazine founded by televangelist Billy Graham, called for Donald Trump’s removal from office following the president’s impeachment, marking a significant split from what has typically been Trump’s staunch base. 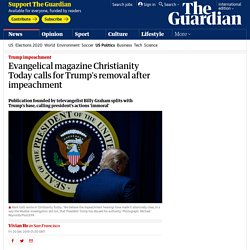 The editor-in-chief, Mark Galli, wrote: “The facts in this instance are unambiguous: the president of the United States attempted to use his political power to coerce a foreign leader to harass and discredit one of the president’s political opponents. The apocalyptic myth that helps explain evangelical support for Trump. Explaining the bond between Trump and white evangelicals.