Shanghai Street Stories. ZHA's Port House in Antwerp named 'Best Refurbished Building' at 2018 MIPIM Awards. Anchor Zaha Hadid's addition merges with a derelict fire station building in the port of Antwerp, Europe's second largest port. © Hélène Binet The 2018 MIPIM Awards were just handed out to accomplished projects from around the world, and the title of 'Best Refurbished Building' went to the Zaha Hadid Architects-designed Port House in Antwerp, Belgium.Completed in 2016, the not entirely unflamboyant juxtaposition of old and new provoked a lively discussion when we first published it on Archinect. 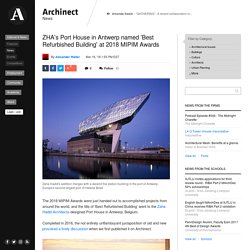 An Urban Hotel Inspired by Hong Kong’s Maritime and Industrial Era. Interior Design, Architecture & Interior Decorating eMagazine. Designed by architecture firm Tengbom in collaboration with students at the University of Lund in Sweden, this tiny student studio flat is affordable and environmentally-friendly. 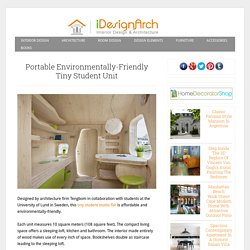 Each unit measures 10 square meters (108 square feet). The compact living space offers a sleeping-loft, kitchen and bathroom. The interior made entirely of wood makes use of every inch of space. Bookshelves double as staircase leading to the sleeping loft. Port-A-Bach Shipping Container Home. Atelierworkshop designed the Port-a-Bach prototype shipping container home which is portable, environmentally-friendly, inexpensive, and can comfortably sleep two adults and two children. 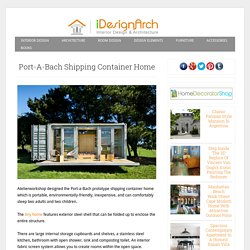 The tiny home features exterior steel shell that can be folded up to enclose the entire structure. There are large internal storage cupboards and shelves, a stainless steel kitchen, bathroom with open shower, sink and composting toilet. An interior fabric screen system allows you to create rooms within the open space. Luxury Turnkey Tiny Cabin Combines Rustic And Modern Aesthetic. The Wedge is a luxury rolling cabin model by Wheelhaus built for comfort and functionality. 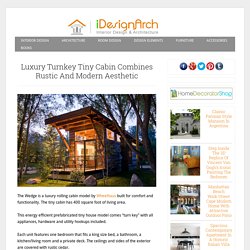 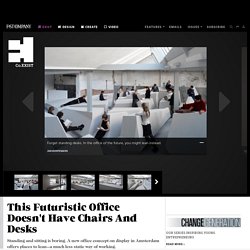 In the office of the future, you might lean instead—supported by giant rock-like sculptures that designers argue are a healthier, more active way to work than anything that's come before. A prototype of the office design is now on display in Amsterdam. "We said, what if we could create a work environment which is not based on tables and chairs anymore? " says Ronald Rietveld, one of the founders of RAAAF, a Dutch design firm that worked on the project with artist Barbara Visser. Stairs Reimagined: 12 Creative Modern Staircases. Since it’s obvious we all have a thing for well-designed, really cool, jaw-dropping staircases (remember the first batch?!) 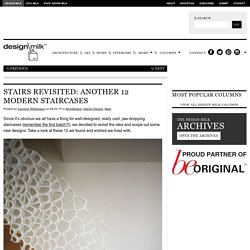 , we decided to revisit the idea and scope out some new designs. Take a look at these 12 we found and wished we lived with. Photo courtesy of Christian Richters Architect Ammar Eloueini worked with architect Marc Fornes of THEVERYMANY™ to complete this Corian screen/handrial that spans the side of this wooden block staircase in Paris. 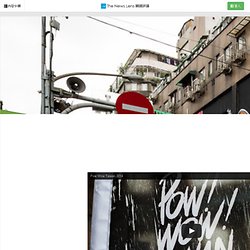 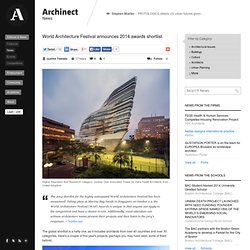 Taking place at Marina Bay Sands in Singapore on October 1-3, the World Architecture Festival (WAF) Awards is unique in that anyone can apply to the competition and have a chance to win. Additionally, event attendees can witness architecture teams present their projects and then listen to the jury's responses. — bustler.net The global shortlist is a hefty one, as it includes architects from over 40 countries and over 30 categories. 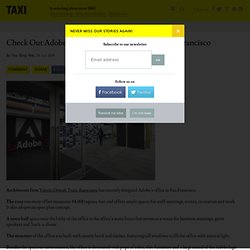 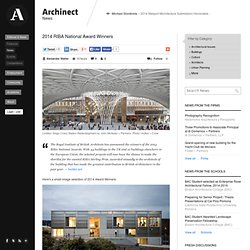 Photo: Hufton + Crow The Royal Institute of British Architects has announced the winners of the 2014 RIBA National Awards. With 44 buildings in the UK and 12 buildings elsewhere in the European Union, the selected projects will now have the chance to make the shortlist for the coveted RIBA Stirling Prize, awarded annually to the architects of the building that has made the greatest contribution to British architecture in the past year. — bustler.net Here's a small image selection of 2014 Award Winners: London: TNG Youth and Community Centre by RCKa. Photo: Jakob Spriestersbach London: London Bridge Tower (The Shard) by Renzo Piano Building Workshop.