Practice the Present Perfect with scenes from TV shows 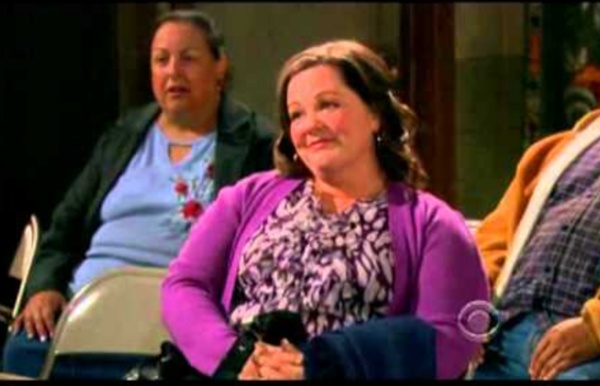 Movie Segments to Assess Grammar Goals: 27 Dresses: Present Perfect Romantic comedies are not my cup of tea, but they are wonderful sources of activities. 27 dresses is no exception. This scene is great for practicing the present perfect tense. I. Talk to a partner: 1. The Representation of Non-Violent Political Activism in Bloody Sunday and Omagh – Offscreen Bloody Sunday The debate between violence and constitutionalism runs through films about Irish history, and in particularly those which deal with political violence in Northern Ireland (generally referred to as “the Troubles”). This conflict is typically dramatized in the form of an Irish Republican Army (IRA) member considering giving up violence. Two relatively recent films, Bloody Sunday (2002, Paul Greengrass) and Omagh (2004, Pete Travis) are unusual and interesting because the question they dramatize is whether their protagonists should reject non-violence, but offer different conclusions to its effectiveness and legitimacy.

7 Word Formation Games Fun classroom activities for prefixes and suffixes, especially useful for FCE, CAE and other exam classes. Word formation is the addition of affixes like -ly and semi- to make longer words and different kinds of speech. Although it is often included in EFL exams and higher-level textbooks, it still probably gets just a few percent of the attention of lists of similar vocabulary, let alone tenses. Perhaps one reason for that is the lack of fun things you can do with it, something that this article seeks to start redressing.

10 Happiness Lessons We Can Learn From the Ancient Greeks The ancient Greeks have much to teach us about life and how to live it in a conscious, joyous and peaceful way. Below are 10 philosophies I learned from the ancient Greeks that have provided me with the courage and strength to live my best authentic life. They've also provided me with the tools to live a joyous and peaceful life. 1. Do everything with "agapi" (unconditional love). Do in life what you are passionate about and what you truly love.

Starting-Off Points for Writing Screenplays Scribendi.com suggests some starting points for writing screenplays. So you want to write a screenplay, but you don't know where to begin? of St. Patrick’s Day - Facts, Meaning & Traditions St. Patrick’s Day is celebrated annually on March 17, the anniversary of his death in the fifth century. The Irish have observed this day as a religious holiday for over 1,000 years. On St.

11 Things You Should Know About Vietnamese Culture Food vendor working on Phu Quoc Island, Vietnam | © Eddy Milfort / Flickr Vietnam is a country rich in history and traditions, dating back thousands of years and instilled with a deep respect for the land, the sea and their ancestors. Here are 11 things you should know to understand some of the nuances of this beautiful culture. Differences in American and British English grammar - article By Kerry Maxwell and Lindsay Clandfield An article by Kerry Maxwell and Lindsay Clandfield on recognizing grammatical differences between American and British English. Introduction Speakers of American English generally use the present perfect tense (have/has + past participle) far less than speakers of British English.

Become a slam poet in five steps - Gayle Danley Gayle was born in New York City and, at age 8 months, moved with her family to Atlanta, Georgia. It was not until after she finished school that she learned about slam poetry. She embraced it almost immediately won the 1994 National Individual Slam Poet in Ashville, NC just months after being exposed to slam poetry. In Heidelberg, Germany, she became the 1996 International Slam Poet Champion.The mission of Poetry Slam Incorporated (PSI) is to promote the performance and creation of poetry while cultivating literary activities and spoken word events in order to build audience participation, stimulate creativity, awaken minds, foster education, inspire mentoring, encourage artistic statement and engage communities worldwide in the revelry of language. Slam combines movement, voice, drama and the written word for an unforgettable spoken word experience.