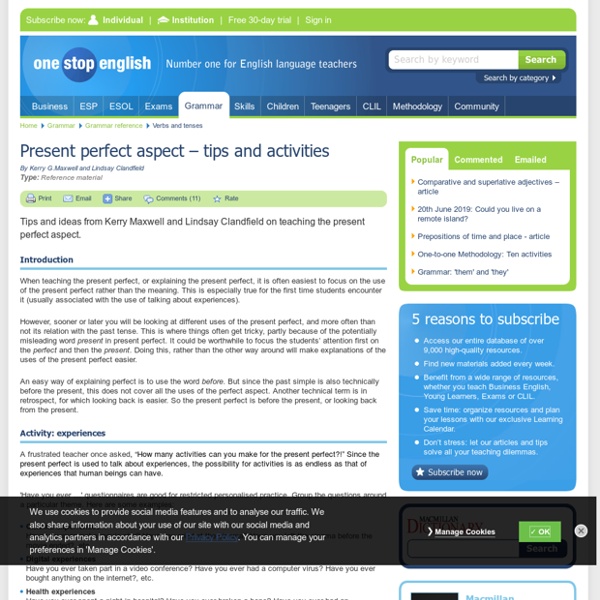 I slept like a log. (Sleep idioms) – About Words – Cambridge Dictionaries Online blog by Kate Woodford This week, we’re looking at the surprising number of idioms in English that relate to sleep and rest. Try to stay awake till the end! Starting with the morning, if you say that someone is in the land of the living, you mean that they are awake. I was hoping to speak to Klara. Later in the day, after a period of work, someone may decide to put their feet up, (= to sit down and relax, sometimes with their feet raised off the ground): It’s been a long day. In the evening, someone who is about to go to bed may use the informal phrases hit the sack/the hay. They may also announce that they are turning in for the evening/night: I’m quite tired. A number of idioms relate to the quality of sleep and how deeply we sleep. Someone who is out for the count or dead to the world is sleeping heavily and not likely to wake soon: It looks like Tom’s out for the count. By the time I came to bed, you were dead to the world. Like this: Like Loading... Related In "Idioms" In "the English language"

Malala: The girl who was shot for going to school Image copyright AFP One year ago schoolgirl Malala Yousafzai was shot in the head by Taliban gunmen - her "crime", to have spoken up for the right of girls to be educated. The world reacted in horror, but after weeks in intensive care Malala survived. Her full story can now be told. She is the teenager who marked her 16th birthday with a live address from UN headquarters, is known around the world by her first name alone, and has been lauded by a former British prime minister as "an icon of courage and hope". She is also a Birmingham schoolgirl trying to settle into a new class, worrying about homework and reading lists, missing friends from her old school, and squabbling with her two younger brothers. She is Malala Yousafzai, whose life was forever changed at age 15 by a Taliban bullet on 9 October 2012. The Swat Valley once took pride in being called "the Switzerland of Pakistan". I remember it well from childhood holidays in Pakistan. It is clear that her absence is keenly felt.

ESL warm-up activities and five minute fillers - 29 fun ways to start a class - ESL warm-up activities are essential in the English classroom. Students may be tired or have other things on their minds and diving straight into a textbook or grammar explanation can be quite jarring. With a good warmer you can put your students into English mode; attentive, interested and ready to participate. Teaching Online We now have a stand alone website – LearnHip.com where you can find activities suitable for teaching online many of which work well as warmers and fillers. No-preparation ESL Warm-up activities Here is a list of warm-up activities you can use which don’t require any preparation. Quick questions Write a list of two or three questions on the board which introduce the theme of the lesson. If you’re looking for ideas, this page has a bank of more than 500 themed conversation questions, which are also available in handy card sets with additional exercises in our book 50 Conversation classes. Make the most words Write a topical vocabulary item on the board. Hangman Name ten

'As American as Apple Pie' Why is apple pie so American? (USDA photo by Scott Bauer) Welcome back to Words and Their Stories from VOA Learning English! Each week we explore the roots and meaning of common American expressions. Today let's talk about apples. The saying “as American as apple pie” describes things that represent the best of American culture. But why use apple pie? A lot of stories and even a few poems have been written about Johnny Appleseed over the years. Yet Johnny Appleseed was a real person. An illustration in The Saturday Evening Post showing American folk hero Johnny Appleseed. John Chapman was born in Massachusetts in 1774 during the Revolutionary War against Britain. The young Chapman took his father's lessons to heart. For 40 years, it is said that Johnny Appleseed cleared land and planted apple seeds in the Midwestern states of the U.S. Apples were an important food for the early American settlers. Perhaps the story of Johnny Appleseed has made apples and apple pie so very American. I know.

A huge bunch of resources for teaching the present perfect tense Almost universally, elementary learners of English are systematically introduced to the simple present and simple past forms. Then, somewhere around the end of what we consider to be elementary level and the beginning of pre-intermediate study, learners are introduced to the phenomenon known as the present perfect tense. In many cases, this is more than just a stumbling block on the road to learning English. This is primarily due to the fact that for many learners there is no tangible equivalent to the have/has + V3 in their first language. Even those languages that utilise a perfect tense may do so in a way radically different to English. What is the consequence of this situation? ESL teaching ideas for present perfect Present perfect grammar worksheets with accompanying written exercises Present perfect questions and classroom activities for teachers and learners Other speaking exercises Any more to add?

We Put Things in "Apple Pie Order" Now, the VOA Special English program Words and Their Stories. Today we tell about the expression “apple pie order.” It means “in perfect order, very well organized.” Nobody is sure where and when the expression “apple pie order” began. Some say that Scottish and English writers used the expression a long time ago. Another old expression describes the opposite condition -- wild disorder. It was not an easy decision to make. At one time, the tomato was called a love apple. In the sixteenth century, Spain imported the tomato from South America after Spanish explorers had landed there. When French growers imported it from Italy, they thought “di Moro” meant “d’amour” -- the French word for love. People believe many things about the apple. Another belief is based on fact. You have been listening to the VOA Special English program Words and Their Stories. I’m Warren Scheer. Correction: An earlier version of this story incorrectly identified Discord as a Greek god; she was a goddess.

Free Classic AudioBooks. Digital narration for the 21st Century 16 present perfect songs | Luiz Otávio Barros This is a 10-minute video meant to remind you of / introduce you to songs containing the present perfect. Once you’ve picked the ones you like / your students might like (or have fun trashing), you can google up the lyrics and look up the video clip on Youtube. Have fun. 1. 2. 3. 4. 5. 6. 7. 8. 9. 10. 11. 12. 13. 14. 15. 16. Thank you! By the way, if you’re struggling with your academic writing, check out The Only Academic Phrasebook You’ll Ever Need, which contains 600 sentences, as well as grammar and vocabulary tips.