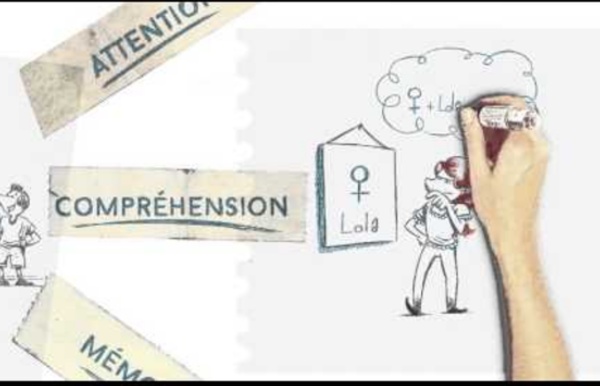 The Move is On! From the Passive Multimedia Learner to the Engaged Co-creator Despite the promise of great things, the actual integration of information and communication technologies (ICT) in education has led to dashed hopes and myth-making with regard to their potential for improving learner motivation and achievement [1, 2]. The integration of ICT in education has also led to a polarization among educators, creating "techno-enthusiasts" who boldly support the integration of educational technologies by default [3], and "technophobes" who oppose their integration on a variety of grounds, be they pedagogical, technological or resource-based [4]. Such a polarization usually stems from an overly techno-centric vision [5] that expects technology will automatically produce pedagogical benefits without taking into consideration all of the components in a given learning situation [6, 7] or learning activity [8]. Using ICT to Foster Learning Learning does not occur in a vacuum. The Passive-Participatory Model

create and share visual ideas online Select • Drag • Create Chat! We're not around, but we'd love to chat another time. You can also see our help guides We're not around but we still want to hear from you! Six essential steps to present data persuasively “The graphic method has considerable superiority for the exposition of statistical facts over the tabular. A heavy bank of figures is grievously wearisome to the eye, and the popular mind is as incapable of drawing any useful lessons from it as of extracting sunbeams from cucumbers.” -Arthur Briggs Farquhar and Henry Farquhar from Economic and Industrial Delusions Christina Grimmie, a former contestant on the singing competition The Voice, was shot and killed by a man while signing autographs after an Orlando, Florida show Friday night. According to CNN, the man was armed with two guns, and fatally shot himself after being tackled by Grimmie's brother. Hours before the show, 22-year-old Grimmie posted an excited video on Twitter, telling fans about the performance at the Plaza Live theater. Grimmie performed at the show with the band Before You Exit, according to authorities, and had stopped along with the group to meet with fans after the show. Grimmie, who started off on YouTube and amassed a huge following, made it to the Top 3 on season 6 of The Voice.

Making Learning Memorable With a title like Making Learning Memorable, what was the probability that Dan Levy would be able to deliver on his promise when he taught a 90-minute class at the Ed School as part of the Master Class series? Considering Levy has been teaching quantitative methods and program evaluation at the Harvard Kennedy School as a senior lecturer for the past 10 years, and has won several top teaching awards, the chances, statistically speaking, were probably pretty good. Based on the amount of laughter that happened during the Ed School session, which was meant to showcase craft from inspiring educators across Harvard, it looks like Levy did deliver. So what lessons were learned about teaching from Levy, who, despite being dubbed a “master teacher,” admits that he is introverted by nature? Here are a few: • Think about what you want your students to most learn.

4 Different Visual Guides To Bloom's Taxonomy I recently received a question from a reader who wasn’t clear about what exactly Bloom’s taxonomy is. It got me thinking that perhaps not everyone is a Bloom’s taxonomy expert, and a little bit of a refresher might be helpful. In later posts, we’ll look at a variety of iterations and interpretations of the traditional Bloom’s graphic, along with apps and tools that address Bloom’s objectives in our modern classrooms. In a nutshell, Bloom’s taxonomy is a grouping of educational objectives that first came about in 1956 in an attempt to classify educational objectives. The original looked like this:

Best Practices In Blended Learning Editor’s note: This article was originally published in February 2015 and has been updated to reflect current practices. Originally, blended learning referred to adding an online component to instructor-led training or classroom education. Now, blended learning refers to the use of more than one delivery method to provide and enhance training and support. This is one way to add continued support to people on their learning journey. Advantages of Blended Learning 16 idées originales pour vos infographies - 99designs Blog Infographics: everyone loves ’em. They take boring numbers and data and make it beautiful and digestible. They account for hundreds of thousands of keyword searches on Google every month. And they get tons of shares on social media.

Map Your Mind - Whose #BRAINCHILD are you? Map Your Mind shows which areas of the brain are associated with particular attributes or behaviors, based on the latest scientific research. The data that powers Map Your Mind comes from peer-reviewed, scientific studies published in reputable academic journals over the last decade. Many of the studies employ fMRI technology to measure blood flow and areas of fluctuating activity in the brain. Smart Talk To help your baby develop a large vocabulary — to give her the tools she’ll need to read, comprehend, and make sense of the world — it’s not just talk that’s important. It’s conversation. To be sure, parental talk of any kind is a good thing; the number of words that a child hears in infancy and toddlerhood is strongly predictive of future vocabulary growth. (Educators and policymakers have tuned in, launching initiatives that encourage parents to spend more time talking with their babies.)

The Big Picture Of Education Technology: The Padagogy Wheel The Big Picture Of Education Technology: The Padagogy Wheel by TeachThought Staff Teaching is a matter of design. That’s not new, but in an era of change and possibility, it’s more apparent now than ever. How to use Zoom like a pro: 15 video chat tips and tricks to try today The Zoom video meeting and chat app has become the wildly popular host to millions of people working and studying from home during the coronavirus pandemic. Despite a number of privacy and security issues that arose alongside the platform's rapid growth, it now features end-to-end encryption and other ways to protect your account and your chats from Zoombombing and other privacy flaws. The platform also recently added a marketplace for virtual events, and is testing app integrations such as Slack and Dropbox. Whether you've been using Zoom for years or have only just signed up in 2020, there are a number of helpful and fun tips, tricks and hidden features you can find to upgrade your video chatting experience and make your video meetings a little less weird. Here are 15 ways to become a Zoom master.

Exposure to the Functional Bacterial Amyloid Protein Curli Enhances Alpha-Synuclein Aggregation in Aged Fischer 344 Rats and Caenorhabditis elegans : Scientific Reports We have shown that exposure to bacteria producing a functional extracellular amyloid protein enhances aggregation of AS in brain neurons in aged rats and in muscle cells in nematodes. In gut neurons the exposure increased levels of AS in the submucosa. The mechanism of these effects may involve upregulation of protein expression, which is well known to enhance aggregation. These effects can also have resulted from cross-seeding, which has been reported between bacterial amyloids, including curli, and mammalian proteins24.