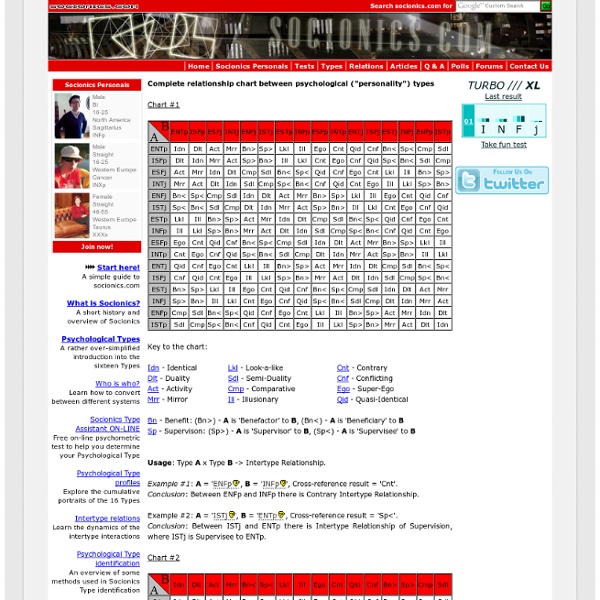 Capitalism on we heart it / visual bookmark #814886 Münchausen by proxy | We Heart It on the coast of maine. Add to collections You don't have any collections… Be creative and start beautiful collections to organize your hearts and share with friends. Dad’s Love Helps Child’s Personality Development By Rick Nauert PhD Senior News Editor Reviewed by John M. Grohol, Psy.D. on June 13, 2012 Despite the best efforts of counselors and the legal system, our divorce-laden society often involves rejection of a child by a parent. A new study discovers that while mothers have a unique social and emotional bond with each child, a father’s love contributes as much — and sometimes more — to a child’s development.

Minimalist posters explain complex philosophical concepts with basic shapes Even if we define "feeling better" as a benefit, it does not logically follow that just because one receives this benefit as a consequence of performing a good act, that they performed it in order to obtain that benefit, and not primarily to benefit someone else. (And even if "feeling better" was a benefit to the person making this sacrifice, it's not a benefit he or she would he able to enjoy for very long, since they will be dead.) Your argument, therefore, assumes a premise that needs to be proved: that people only do good (or anything at all) for their own satisfaction. If that premise is not proved, you end up with a circular argument. avoiding guilt is another powerful motivator which in the end is in ones self interest.

Why sharing a bed is good for the heart (even if your other half snores!) By Anna Hodgekiss Published: 23:34 GMT, 11 June 2012 | Updated: 23:34 GMT, 11 June 2012 Snoring, sweating, stealing the sheets . . . it’s little wonder that an estimated one in four couples insist on sleeping in separate rooms. Now, however, there’s an emerging body of research to suggest there could be health benefits to sharing a bed with a long-term partner. It’s even been suggested as a major reason why people in close relationships tend to be in better health and live longer.

Table of similar systems of comparison of temperaments Beginnings[edit] The Roman physician Galen mapped the four temperaments (sanguine, phlegmatic, choleric and melancholic) to a matrix of hot/cold and dry/wet, taken from the four classical elements.[1] Two of these temperaments, sanguine and choleric, shared a common trait: quickness of response (corresponding to "heat"), while the melancholic and phlegmatic shared the opposite, a longer response (coldness). The melancholic and choleric, however, shared a sustained response (dryness), and the sanguine and phlegmatic shared a short-lived response (wetness).

Doctor Who Timeline Infographic | CableTV.com Check out this complete timeline of Doctor Who from 1963 to present, including episodes, seasons, companions, villains, and more. Scroll down to follow all the Doctor's adventures through time. A Fantastic resource for any Doctor Who fan. Adventure Titles An Unearthly Child The Daleks The Edge of Destruction Marco Polo The Keys of Marinus The Aztecs The Sensorites The Reign of Terror Planet of Giants The Dalek Invasion of Earth The Rescue The Romans The Web Planet The Crusade The Space Museum The Chase The Time Meddler Galaxy 4 Mission to the Unknown The Myth Makers The Daleks' Master Plan The Massacre of St.

10 Psychological Experiments That Went Horribly Wrong Psychology as we know it is a relatively young science, but since its inception it has helped us to gain a greater understanding of ourselves and our interactions with the world. Many psychological experiments have been valid and ethical, allowing researchers to make new treatments and therapies available, and giving other insights into our motivations and actions. Sadly, others have ended up backfiring horribly — ruining lives and shaming the profession. Here are ten psychological experiments that spiraled out of control. 10.

16 Personality Factors The Sixteen Personality Factor Questionnaire (or 16PF),[1] is a multiple-choice personality questionnaire which was developed over several decades of research by Raymond B. Cattell, Maurice Tatsuoka and Herbert Eber. Beginning in the 1940s, Cattell used the new techniques of factor analysis (based on the correlation coefficient) in an attempt to try to discover and measure the source traits of human personality (Cattell, 1946)(Nevid, 2009).[2][3]

PhotOH! Money that speaks for the 99% PhotOH! Money that speaks for the 99% · Monday, October 17th, 2011 at 12:35 pm How To Grow Up It's all uphill from Denver to nearby Evergreen in the foothills of the Colorado Rockies. And that's perhaps as it should be. I'm on my way to interview David Schnarch, the New York-born psychologist who has spent decades upending everything we thought we knew about true love, passion, and hot sex . Stunning Infographics and Data Visualization Feb 02 2010 Information graphics, or infographics, are visual representations of information, data or knowledge. The graphics are used where complex information needs to be explained quickly and clearly, such as on signs and maps and in journalism, technical writing and education. Today, infographics surround us in the media, in published works both mainstream and scientific and in road signs and manuals. They illustrate information that would be unwieldy in text form and act as a visual shorthand for everyday concepts, such as “Stop” and “Go.” Creating an effective infographic requires both artistic sense and a clear vision of what to tell the audience.