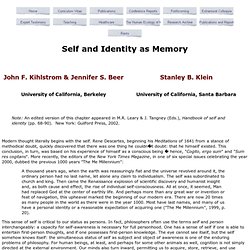 Leary & J. Tangney (Eds.), Handbook of self and identity (pp. 68-90). New York: Guilford Press, 2002. Modern thought literally begins with the self. Rene Descartes, beginning his Meditations of 1641 from a stance of methodical doubt, quickly discovered that there was one thing he couldnt doubt: that he himself existed. A thousand years ago, when the earth was reassuringly flat and the universe revolved around it, the ordinary person had no last name, let alone any claim to individualism. This sense of self is critical to our status as persons. This puzzling problem arises when we ask, "Who is the I that knows the bodily me, who has an image of myself and a sense of identity over time, who knows that I have propriate strivings?

" What Kind of Knowledge is Self-Knowledge? The Self as Concept The Self as Image. Resume of Jonathan Vos Post. Hotlinked Software version of resume * INTERNET and high-tech product development and technical marketing * COMPUTER software and systems for 30 years in over 30 languages * PROVEN track record of increased productivity at lower cost * MANAGEMENT expertise in Aerospace, Computers, Research, Marketing * DEGREED from Caltech, U.Mass. 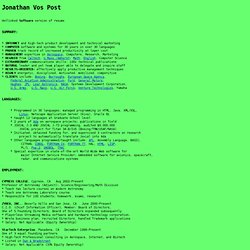 The Emperor Has No Clothes: A Review of the ‘Pornography Addiction’ Model - Online First. The addiction model is rarely used to describe high-frequency use of visual sexual stimuli (VSS) in research, yet common in media and clinical practice.

The theory and research behind ‘pornography addiction’ is hindered by poor experimental designs, limited methodological rigor, and lack of model specification. The history and limitations of addiction models are reviewed, including how VSS fails to meet standards of addiction. These include how VSS use can reduce health-risk behaviors.

Joshua D. Foster. Twins. The Personality Laboratory at UNH. Non-Discrimination and Anti-Harassment Policy and Complaint Procedures for Employees. New York University (“NYU” or the “University”) is committed to maintaining an environment that encourages and fosters appropriate conduct among all persons and respect for individual values. 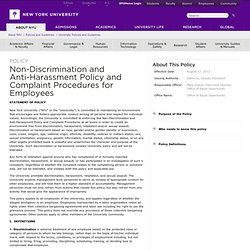 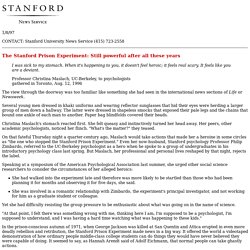 When it's happening to you, it doesn't feel heroic; it feels real scary. It feels like you are a deviant. ­ Professor Christina Maslach, UC-Berkeley, to psychologists gathered in Toronto, Aug. 12, 1996 The view through the doorway was too familiar ­ like something she had seen in the international news sections of Life or Newsweek. Several young men ­ dressed in khaki uniforms and wearing reflector sunglasses that hid their eyes ­ were herding a larger group of men down a hallway. 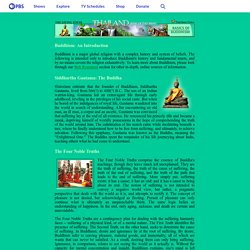 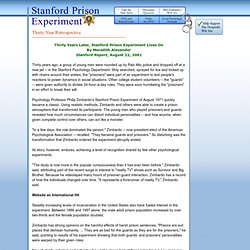 Strip searched, sprayed for lice and locked up with chains around their ankles, the "prisoners" were part of an experiment to test people's reactions to power dynamics in social situations. Other college student volunteers -- the "guards" -- were given authority to dictate 24-hour-a-day rules. They were soon humiliating the "prisoners" in an effort to break their will. Psychology Professor Philip Zimbardo's Stanford Prison Experiment of August 1971 quickly became a classic. "In a few days, the role dominated the person," Zimbardo -- now president-elect of the American Psychological Association -- recalled. Its story, however, endures, achieving a level of recognition shared by few other psychological experiments.