The Nutrition Search Engine - SkipThePie.org. The Angry Type 2 Diabetic. Disclaimer: The following is a guest post from a fellow reader of this blog, and a person living with type 2 diabetes as well as HIV. 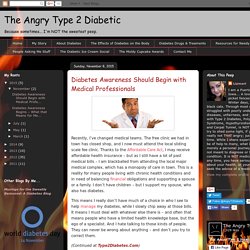 The thoughts and opinions expressed here are not necessarily my own, nor are they intended to diagnose, treat, or advise anyone's medical condition. Expression and platform for all experiences of living with diabetes are intended as a tool to generate awareness, increase our empathy and understanding and generate questions which we may take to our medical team. The Cause What I’m about to write might sound like a lost script from some soap opera or an episode of Casualty or Holby City. The scientific report guiding the US dietary guidelines: is it scientific? It has a big impact on the diet of American citizens, and those of most Western nations, so why does the expert advice underpinning US government dietary guidelines not take account of all the relevant scientific evidence? 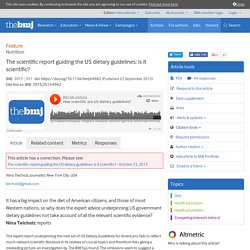 Nina Teicholz reports The expert report underpinning the next set of US Dietary Guidelines for Americans fails to reflect much relevant scientific literature in its reviews of crucial topics and therefore risks giving a misleading picture, an investigation by The BMJ has found. The omissions seem to suggest a reluctance by the committee behind the report to consider any evidence that contradicts the last 35 years of nutritional advice.

The guidelines are based on a report produced by a dietary guidelines advisory committee—a group of 11-15 experts who are appointed to review the best and most current science to make nutrition recommendations that both promote health and fight disease. Saturated fats. Watchdog Report - Benefits of diabetes drugs dubious. In 1997, a group of experts convened by the American Diabetes Association changed the definition of type 2 diabetes, lowering the blood sugar threshold so that as many as 1.9 million more Americans had the condition. 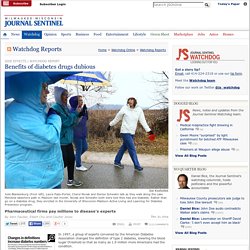 The same pattern played out in 2003, in an even bigger way, when the association changed the definition of a condition known as pre-diabetes and — overnight — 25 million more Americans were affected. In the decade that followed, the diabetes industry boomed — thanks in part to a 2008 declaration by two endocrinologygroups that pre-diabetes could be treated with drugs if diet and exercise didn't lower blood sugar levels. Last year, sales of diabetes drugs reached $23 billion, according to data from IMS Health, a drug market research firm. That was more than the combined revenue of the National Football League, Major League Baseball and the National Basketball Association. 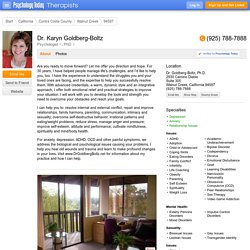 Let me offer you direction and hope. For 30 years, I have helped people manage life's challenges, and I'd like to help you, too. I have the experience to understand the struggles you and your loved ones are facing, and the expertise to help you successfully resolve them. With advanced credentials, a warm, dynamic style and an integrative approach, I offer both emotional relief and practical strategies to improve your situation. I will work with you to develop the tools and strength you need to overcome your obstacles and reach your goals.

I can help you to: resolve internal and external conflict, repair and improve relationships, family harmony, parenting, communication, intimacy and sexuality; overcome self-destructive behavior, irrational patterns and eating/weight problems; reduce stress, manage anger and pressure; improve self-esteem, attitude and performance; cultivate mindfulness, spirituality and mind/body health. Lost 80 lbs, eliminated pre-diabetes and restored my health with LCHF. People With Diabetes Can Eat Everything, Really? There’s a four-letter word lurking behind many conversations about diabetes – and, at the risk of offending people with my language, it’s spelled c-a-r-b. 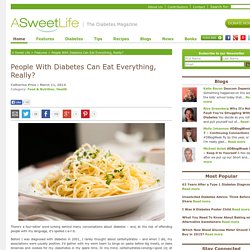 Before I was diagnosed with diabetes in 2001, I rarely thought about carbohydrates – and when I did, my associations were usually positive. I’d gather with my swim team to binge on pasta before big meets, or bake brownies and cookies for my classmates in my spare time. In my mind, carbohydrates=energy=good (or, at very least, delicious). Then, one cold, Saturday morning 13 years ago – the moment when I was diagnosed with Type 1 diabetes — that relationship was abruptly and permanently changed. Carbohydrates were now mathematical problems to be managed, challenges hiding in every meal. For a while – years, actually – I tended toward the latter. Diabetes: Type 1 and Type 2. Return to Medical Biochemistry Page © 1996–2014 themedicalbiochemistrypage.org, LLC | info @ themedicalbiochemistrypage.org Diabetes is any disorder characterized by excessive urine excretion. 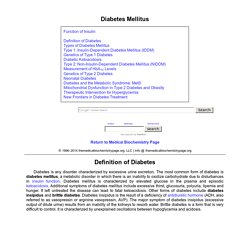 The most common form of diabetes is diabetes mellitus, a metabolic disorder in which there is an inability to oxidize carbohydrate due to disturbances in insulin function. Diabetes mellitus is characterized by elevated glucose in the plasma and episodic ketoacidosis. George Stella - Stella Style Community. Worldwide Listings for Primal/Paleo Physician or Healthcare Practitioners. Top 17 Low-Carb & Paleo Doctors With Blogs. Some people give me weird looks when I say something about nutrition that doesn’t fit with the conventional wisdom they have believed all their lives. 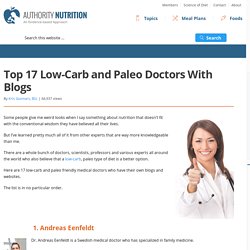 But I’ve learned pretty much all of it from other experts that are way more knowledgeable than me. There are a whole bunch of doctors, scientists, professors and various experts all around the world who also believe that a low-carb, paleo type of diet is a better option. Here are 17 low-carb and paleo friendly medical doctors who have their own blogs and websites. The list is in no particular order. 1. Dr. He was one of the key players in bringing the low-carb, high-fat revolution to Sweden. 2. 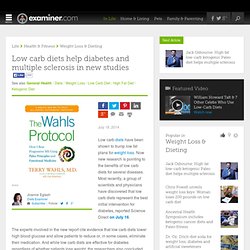 Now new research is pointing to the benefits of low carb diets for several diseases. Most recently, a group of scientists and physicians have discovered that low carb diets represent the best initial intervention for diabetes, reported Science Direct on July 16. The experts involved in the new report cite evidence that low carb diets lower high blood glucose and allow patients to reduce or, in some cases, eliminate their medication. And while low carb diets are effective for diabetes regardless of whether patients lose weight, the researchers also concluded that "nothing is better for weight reduction. " Side effects can pose problems with medication. Noting that dietary carbohydrate restriction has the greatest effect on decreasing blood glucose levels, the researchers also pointed to the ongoing epidemics of obesity and type 2 diabetes. 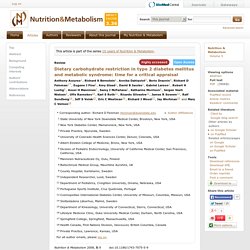 While it is generally acknowledged that total dietary carbohydrate is the major factor in glycemic control, strategies based on reduction of dietary carbohydrate have received little support. Dietary Carbohydrate restriction as the first approach in diabetes management. Critical review and evidence base. <div class="msgBox" style="margin-top:10px;"><span class="errMsg"><div>JavaScript is disabled on your browser. 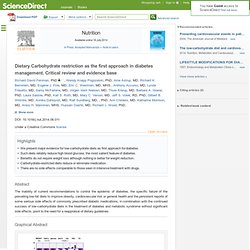 “Atkins” will probably be a fairly common response, along with a line about not eating bread. However, changing your lifestyle to include fewer carbohydrates does not have to be for the goal of losing weight. Diabetics, for example, count carbohydrates in order to regulate blood glucose levels. Examining the source and how many carbohydrates you eat could also be done in order to reverse recent trends. Studies have shown that as a diet, it is an effective way to lose weight within the first few months of the program. That said, it is not unusual for health experts to warn against the diet. As an extreme diet, restricting carbohydrate intake to under 20 grams a day for a sustained period of time could lead to negative health implications and, like the study from 2003 found, boredom with repetitive meals. If you want a snack, there is a little less than 1 net carb per Cheesy Spinach Puff.

LCHF for Beginners. A low-carb diet means that you eat fewer carbohydrates and a higher proportion of fat (with adequate amounts of protein as well). This can also be called a low-carb, high-fat diet (LCHF) or a keto diet. However, not all low-carb diets result in ketosis. For decades we’ve been told that fat is detrimental to our health. Meanwhile, low-fat “diet” products, often full of sugar, have flooded supermarket shelves. Blood Sugar 101. ACTION: Nutrition Science Initiative. ACTION: Participate in Type 2 Research. SUCCEED Study The UCSF Osher Center seeks overweight, adults with Type 2 diabetes for a diet and wellness study.