Barry Schwartz: The paradox of choice 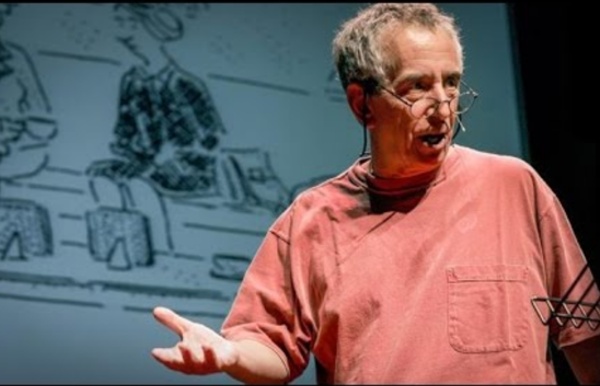 Simplify Your Life After Armen’s list of 100 , my own 100 Ways to be a better leader and now several readers creating their own lists of 100 topics, I thought I would continue this trend and build one more on 100 ways simplify your life and mind. I’ve written a couple articles before on this topic and I’ve kept a few items from those articles on my list here, but most of this is new and it is really a useful way to find things to start doing. As with any of these 100 lists, obviously you can’t do all of these things (I certainly don’t) but you can pick some items on the list and start with them to simplify things in your life. I’d love for you to comment and add your own items or why not create your own list of 100 items, link back to these if they have inspired you and challenge your own readers to do the same and keep these lists going!

What the Bleep Do We Know!? This hard-to-describe movie, which combines talking-head documentary footage with a fictional narrative, attempts to explain quantum physics in terms most audiences can understand. The extent to which it succeeds will largely be the extent to which a viewer grasps the complex theories being addressed in those terms. Does matter exist? Does time flow in one direction? The Partitioned Human Brain Interview with Jason Martell Author: Danielle Graham Jason Martell is one of the world’s leading researchers specializing in ancient Sumerian advanced technology. His fifteen-year study is backed by supporting academic and mainstream scientific evidence, primarily from scholar Zecharia Sitchin, as well as Dr.

The Electronic Goldmine International Customers We welcome orders from all over the world. For all foreign orders, we accept American Express, Visa, MasterCard and Money Orders drawn on U.S. banks in U.S. funds only (personal or company checks are not accepted). Please include extra shipping. Due to the greater amount of paperwork, we have a $50.00 minimum order (plus shipping) to all Foreign Countries (except Canada). If you place your order online, the shipping price that you see is for shipment within the United States.

Examined Life In Examined Life, filmmaker Astra Taylor accompanies some of today’s most influential thinkers on a series of unique excursions through places and spaces that hold particular resonance for them and their ideas. Peter Singer’s thoughts on the ethics of consumption are amplified against the backdrop of Fifth Avenue’s posh boutiques. Slavoj Zizek questions current beliefs about the environment while sifting through a garbage dump. Michael Hardt ponders the nature of revolution while surrounded by symbols of wealth and leisure. Judith Butler and a friend stroll through San Francisco’s Mission District questioning our culture’s fixation on individualism. And while driving through Manhattan, Cornel West—perhaps America’s best-known public intellectual—compares philosophy to jazz and blues, reminding us how intense and invigorating a life of the mind can be.

Nibiru & Anunnaki - The Return The PUFOIN Perspective provides an analysis of intriguing current and/or historical events. We endeavor to provide both supportive and discrediting points of view when available and allow the reader to judge for themselves on the credibility of the topic. Occasionally, we'll provide our own commentary, which is designed to provide the reader with an opportunity to consider other possibilities. It is understood that those visiting PUFOIN are here because of the very nature of the material being shared. Thus, that being said the reader is already somewhat biased to a particular viewpoint. Sharing this material with those who do not ascribe to this type of thinking can be enlightening for you and for them.

Deepak Chopra: How to Create a New Self Bio Deepak Chopra Deepak Chopra is the author of more than fifty books translated into more than thirty-five languages. Dr. Chopra is a fellow of the American College of Physicians, a member of the American Association of Clinical Endocrinologists, adjunct professor at the Kellogg School of Management, and a senior scientist with the Gallup Organization. He is founder and president of the Alliance for a New Humanity.

Waking Life Waking Life is an American live-action rotoscoped film, directed by Richard Linklater. The entire film was shot using digital video and then a team of artists using computers drew stylized lines and colors over each frame. The film focuses on the nature of dreams and consciousness. The title, Waking Life, is a reference to the philosopher George Santayana's maxim: Sanity is a madness put to good uses; waking life is a dream controlled.

Matthieu Ricard Speaks on Compassion Bio Matthieu Ricard Matthieu Ricard is a best-selling author, translator and photographer highly regarded for his scholarship and knowledge of Buddhism and Tibetan culture. He has lived and worked in the Himalayan region for over forty years. Born in France in 1946, Ricard grew up among the personalities and ideas of Paris' intellectual and artistic circles. After completing his doctoral thesis in 1972 at the Institute Pasteur under the supervision of Nobel Laureate Francois Jacob, Mr.

Philosophy and the Matrix: Return to the Source This documentary goes over many philosophical concepts that inspired, and are presented in, the trilogy. They spend the first half on the original film, and the rest of the time then goes over parts 2 and 3, with a couple of things on the Animatrix shorts. It consists of clips of aforementioned releases and interviews. Science Laughs: Science Comedian Brian Malow Bio Brian Malow Now an accomplished stand-up comic whose career has spanned more than a decade to include performances on CBS, A&E, TechTV, and the Discovery Channel, Brian Malow turns his sharp wit upon his first love: the world of science. Malow entertains and ignites interest in science with hysterical, thought-provoking science comedy routines about the environment, insects and viruses, evolution and extinction, the speed of light, gravity, cell phones, computers -- everything under the Sun -- and even the Sun itself! Malow makes science funny, exciting and easily digestible for all audiences. To download this program become a Front Row member.

Dangerous Knowledge In this one-off documentary, David Malone looks at four brilliant mathematicians - Georg Cantor, Ludwig Boltzmann, Kurt Gödel and Alan Turing - whose genius has profoundly affected us, but which tragically drove them insane and eventually led to them all committing suicide. The film begins with Georg Cantor, the great mathematician whose work proved to be the foundation for much of the 20th-century mathematics. He believed he was God's messenger and was eventually driven insane trying to prove his theories of infinity. Ludwig Boltzmann's struggle to prove the existence of atoms and probability eventually drove him to suicide. Kurt Gödel, the introverted confidant of Einstein, proved that there would always be problems which were outside human logic. His life ended in a sanatorium where he starved himself to death.