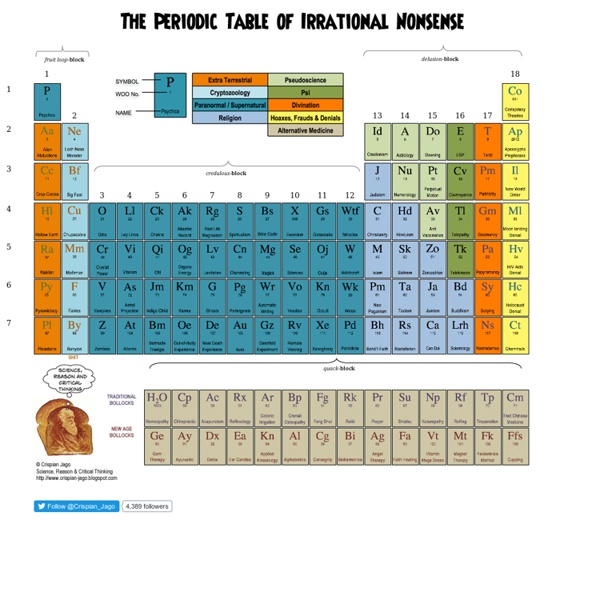 Post-Modern Science: The Illusion of Consciousness Sees Through Itself    We have always struggled with the limits to how human language can express our thoughts about reality. But post-modern science dismisses the struggle as futile: We did not evolve to perceive reality. That conviction is changing cosmology dramatically. We know almost nothing about the human consciousness but naturalism must treat it as evolved from unconscious elements. Much confusion is avoided by recognizing that that is a core assumption, not a discovery. Gallery: How networks help us understand the world As designer Manuel Lima points out in his TED Talk, A visual history of human knowledge, the network has become a powerful way to visualize much of what is going on in the world around us. “Networks really embody notions of decentralization, of interconnectedness, of interdependence,” says Lima. “This way of thinking is critical for us to solve many of the complex problems we are facing nowadays, from decoding the human brain to understanding the vast universe out there.” Here, Lima shares a few of his favorite network graphics.

Black Triangle By Anthony - Last updated: Thursday, July 4, 2013 If anyone is reading this, I now blog at anthonycox.org Many thanks. Anthony By Anthony - Last updated: Monday, February 13, 2012 A New Theory of the Universe: an article by Robert Lanza about biocentrism building on quantum physics by putting life into the equation Essays - Spring 2007 Print Biocentrism builds on quantum physics by putting life into the equation By Robert Lanza Infographics for the People – INFORMATION DESIGN AND DATA VISUALIZATION A comparison of primary mirrors. If a telescope has more than one mirror, the dotted lines show how large a single mirror would be (if it had the equivalent light-gathering ability). Below, some details of the three telescopes with the largest mirrors.Infographic by Cmglee (via Wikimedia). Overwhelmingly Large Telescope (OLT)Sadly this massive example (with its “this-is-what-it-is” name) has been canceled. The mirror would have been a shocking 328 feet (100 meters) in diameter.

What's wrong with Gillian McKeith by Ben Goldacre Call her the Awful Poo Lady, call her Dr Gillian McKeith PhD: she is an empire, a multi-millionaire, a phenomenon, a prime-time TV celebrity, a bestselling author. She has her own range of foods and mysterious powders, she has pills to give you an erection, and her face is in every health food store in the country. Scottish Conservative politicians want her to advise the government. The Soil Association gave her a prize for educating the public. And yet, to anyone who knows the slightest bit about science, this woman is a bad joke.