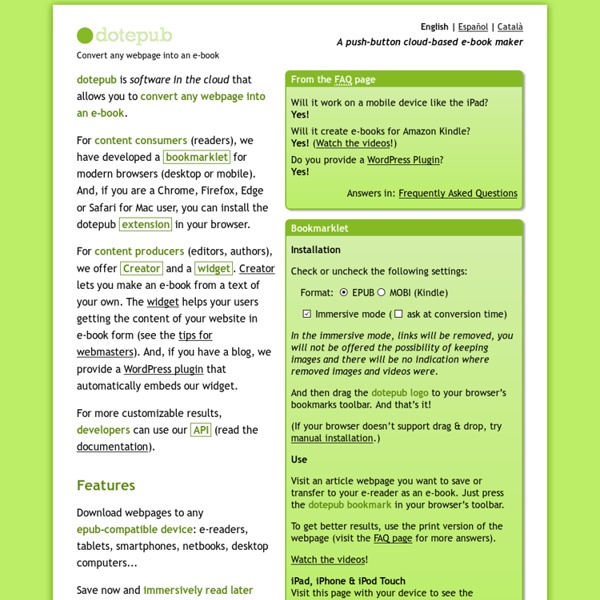 The suburb of Saffron Park lay on the sunset side of London, as red and ragged as a cloud of sunset. It was built of a bright brick throughout; its sky-line was fantastic, and even its ground plan was wild. It had been the outburst of a speculative builder, faintly tinged with art, who called its architecture sometimes Elizabethan and sometimes Queen Anne, apparently under the impression that the two sovereigns were identical. It was described with some justice as an artistic colony, though it never in any definable way produced any art. But although its pretensions to be an intellectual centre were a little vague, its pretensions to be a pleasant place were quite indisputable. The stranger who looked for the first time at the quaint red houses could only think how very oddly shaped the people must be who could fit in to them.

20 Best Websites To Download Free EBooks We understand that reading is the simplest way for human to derive and constructing meaning in order to gain a particular knowledge from a source. This tendency has been digitized when books evolve into digital media equivalent – E-Books. It would be nice if we’re able to download free e-book and take it with us. The real story behind The Conjuring and four other horror movies 'based on a true story' Sign Up for Our free email newsletters Last weekend, James Wan's paranormal thriller The Conjuring scared both moviegoers and its box-office competition with a hefty $41 million gross in the middle of summer — a time when we're all supposed to be watching movies about superheroes and giant robots. Made on a relatively thrifty budget of $20 million, The Conjuring outgrossed its far more expensive rivals like R.I.P.D. and Turbo on a marketing campaign that can be boiled down to five words: "Based on a true story." It's a familiar promise to horror fans, who have been inundated with ghost stories making similar claims to veracity.

Are Libraries Dying or Thriving? One of the towns I used to live in is apparently raising two million dollars for renovations to its library. I told my mother (an active supporter and board member of her public library) that I thought this was a waste of money as the role that libraries play in society has been/will be diminished. I suggested the town is better served spending its money on a public space like a park or garden. The 5 Best Fact-Checking Websites Fact checking has its origin in the early 20th century, when magazines began to verify statements made in non-fictional texts prior to publication. This practice increases credibility and trustworthiness of articles and documents. Today, fact checking is often associated with political journalism, but can of course be used in any field, including your homework. Using the following fact checking websites, you can verify factual assertions made in your own writings. Google & Other Search Engines

What if…? Here are some questions that I have been pondering lately in thinking about great organizations and administration. What if we believed that everything that we had to make great schools was already within our organization and we just need to develop and share it? What if schools always focused on the notion that we should all be “learners” as opposed to “students”? What if we did not only promote “risk-taking” to our staff and students, but modelled it openly as administrators? What if we hired people that did not look at teaching as a “career” but a “passion”?

- Maker Space In Education Series: 10 Sites To Start Making In The Classroom 0 Comments August 13, 2014 By: Michael Gorman Aug 10 Written by: 8/10/2014 6:38 PM ShareThis Welcome back and I sure hope you enjoyed the last article of 20 Reasons for Maker Space in Education. The Amityville horror: The boy who lived in the true-life haunted house breaks his 40-year silence The house where the Lutzes in Long Island lived was site of mass murderFamily lasted only 28 days in the haunted house in 1976Daniel Lutz, who was 10 at the time of the ordeal, insists it was trueReclusive Lutz has agreed to relive his ordeal for a new documentary By Tom Leonard Published: 00:26 GMT, 29 March 2013 | Updated: 07:30 GMT, 29 March 2013

The Original Internet: Still a Great Place to Visit As happens many a Sunday, today I spent the afternoon with some friends getting brunch and then browsing an independent bookstore on Court Street in Brooklyn. I spend an unhealthy amount of time browsing blogs and websites. Fewer and fewer of these sites (and their content) are inspiring me. Yes, there is a lot of interesting stuff going on with Facebook, OpenSocial and the like, but everyone writes about the same stuff.

12 Puzzle and Quiz Creation Tools for Teachers There are many different sites on the internet that allow you to create your own puzzles and games to use either directly in class, or which can be linked to/embedded into your VLE. I’ve been doing some trawling ahead of a training session I am running soon, and here are a few of the best ones that I’ve found. There are others out there, but the focus specifically for my session was KS4 and 5, so these links are aimed at older students. If you have any other favourites, please add them to the comments! 1. Classtools Net

General Teaching Council for Scotland Uses for the Standards Depending on your role in education, you may have different uses for the Standards. Take a look at the information outlining these uses. Find out more Learning for Sustainability Learning for Sustainability is integral to the GTCS Professional Standards Framework. 12 Emerging Educational Uses of Technology That Are Most Exciting Right Now Well, it's that time of year again … the start of a new school year. With it often comes the irresistible urge to make another list, or even better … many lists! Lists help us to plan, and they can also help us reflect and assess.