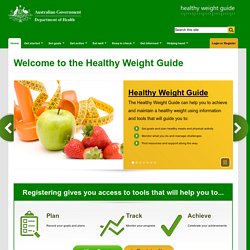 Set goals Setting goals is an important step in achieving and maintaining a healthy weight. Get active Physical activity can help you to get healthier, feel better, and achieve and maintain a healthy weight. Eat well What you choose to eat and drink is likely to affect your weight. Get informed Helping hand Plan. Leading causes of death. Leading underlying causes of death by sex Coronary heart disease is the leading underlying cause of death in Australia, followed by dementia and Alzheimer disease, and cerebrovascular diseases (which includes stroke). 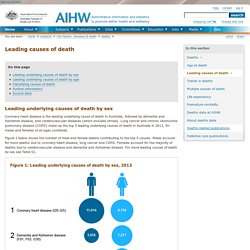 Lung cancer and chronic obstructive pulmonary disease (COPD) make up the top 5 leading underlying causes of death in Australia in 2013, for males and females of all ages combined. Figure 1 below shows the number of male and female deaths contributing to the top 5 causes. Males account for more deaths due to coronary heart disease, lung cancer and COPD. Females account for the majority of deaths due to cerebrovascular disease and dementia and Alzheimer disease.

Personal Development, Health and Physical Education (PDHPE) The Ottawa Charter for Health Promotion. Video clip - Impact on health system. Trends in deaths. Trends by sex There has been a long and continuing decline in death rates in Australia. 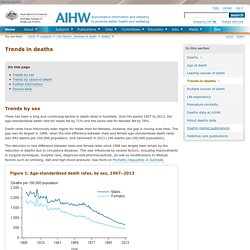 Over the period 1907 to 2013, the age-standardised death rate for males fell by 71% and the same rate for females fell by 76%. Death rates have historically been higher for males than for females; however, the gap is closing over time. The gap was its largest in 1968, when the rate difference between male and female age-standardised death rates was 642 deaths per 100,000 population, and narrowest in 2013 (196 deaths per 100,000 population). The reduction in rate difference between male and female rates since 1968 has largely been driven by the reduction in deaths due to circulatory diseases. Figure 1: Age-standardised death rates, by sex, 1907–2013 Source: AIHW GRIM books (Table S1). Trends by cause of death The decline in deaths in the first half of the last century was associated with factors such as control of infectious disease and better hygiene and nutrition. 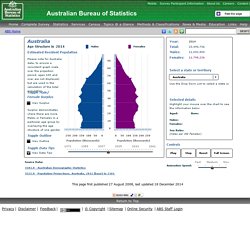 For permission to do anything beyond the scope of this licence and copyright terms contact us. Population clock. On 29 September 2016 at 08:36:44 PM (Canberra time), the resident population of Australia is projected to be: This projection is based on the estimated resident population at 31 March 2016 and assumes growth since then of: one birth every 1 minute and 44 seconds, one death every 3 minutes and 20 seconds, a net gain of one international migration every 2 minutes and 32 seconds, leading to an overall total population increase of one person every 1 minute and 29 seconds. 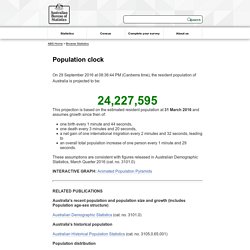 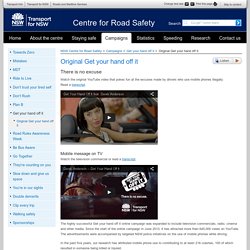 Since the start of the online campaign in June 2013, it has attracted more than 645,000 views on YouTube. The advertisements were accompanied by targeted NSW police initiatives on the use of mobile phones while driving. In the past five years, our research has attributed mobile phone use to contributing to at least 216 crashes, 100 of which resulted in someone being killed or injured. Dangerous behaviour The use of mobile phones while driving is a growing issue that research shows could be a significant contributing factor in road crashes in NSW.

To overcome the attitudes and behaviour of using a hand-held phone while driving, the ‘Get your hand off it’ campaign challenges the excuses that drivers come up with to justify their illegal use of mobiles. Mobile phone use Four fatal crashes66 injury crashes87 tow-away crashes Audience Main messages Media. Video clip - Impact on health service workforce.