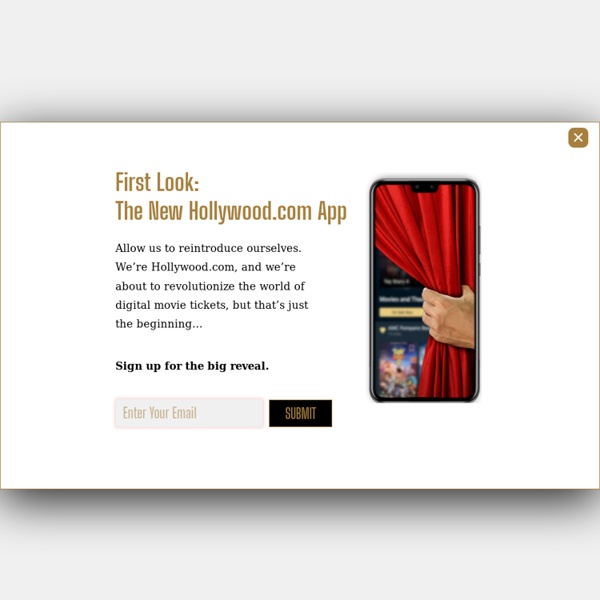 The comic actor has a lot of energy, which is more than we can say for the movie itself. Louis C.K. revealed the end of the ice fishing story from ‘American Hustle’ on ‘The Tonight Show with Jay Leno’. That is one wacky Instagram account. Ditto Keira Knightley. From soap opera spoofs to Sandra Bullock, here's this week's hottest news. Snooki wrote a book on transforming her party girl ways.

Copywriters at the Gates 'Mad Men' Shows How Outsiders Become Insiders Michael Yarish/AMC Copywriters Peggy Olson (Elisabeth Moss) and Michael Ginsberg (Ben Feldman) on the hit TV show ‘Mad Men.’ By Sarah Seltzer Published June 11, 2012. Film Criticism and Analysis I saw a lot of movies this summer and have been very busy with a new job. This is why I have not written a review for all the movies I went to. Starting May 6th until this last weekend I went and saw 12 movies in the theater. You do the math with the current ticket prices…JEEZ! This is an expensive habit. During the summer I try to really focus on big summer blockbusters, I love art house films and romantic comedies, but during the summer I really want to get my money’s worth out of at least two of my senses.

Firefox Tip – Tell Sites You Don’t Want to Be Tracked When you browse, you leave a trail of data that potentially contains all sorts of personal information. We believe this info belongs to you and you alone (and least of all to overzealous advertisers), and have built in features to ensure that’s the case. Firefox Contributor Laura M. has this tip for your security. “I like that Firefox created the Do Not Track feature to let me tell websites not to track me. Just go to Options > Privacy (Preferences > Privacy on a Mac) and click ‘Tell websites I do not want to be tracked.'” Thanks Laura! Analysis: The Films of Christopher Nolan WARNING: Contains Spoilers for Inception, The Dark Knight, The Prestige, Insomnia and Memento Christopher Nolan might just be the most important filmmaker working in North America today. That isn’t to say that he is necessarily the best; apart from the sheer impossibility of quantifying such a statement about any one individual, the most significant - certainly the most popular - artists of any given time, are rarely those that produce the finest work. Martin Scorsese, a filmmaker who has fought throughout his career to strike a balance between personal obsessions and commercial interests in order to secure financing and support for his work, famously decreed that a director has to be a ‘smuggler’, particularly when operating within the studio system. What emerges is a portrait of man cast adrift in a world where nothing is certain and reality is often an abstract concept, forever in flux.

How to Knit the Fishtail Cable Stitch This video knitting tutorial will help you learn how to knit the fishtail cable stitch. This pattern looks like fishtails that you can make going up or down. It’s great for blankets, bags, and sweaters. Best Airport Reading - Top Airport Reads - Books to Read in the Airport Airport reading needs to be fast paced enough to make your wait fly by and engaging enough to keep your attention from people watching or staring at whatever is playing on the airport news channel. Airport reading shouldn't be too emotionally engaging though (no one wants to break down in tears in a crowded terminal). If you are looking for entertaining, intelligent reads to take with you on your next trip, look no further. 'The Litigators' by John Grisham

Apps to save money on calls and texts Since the dawn of the cellular age, phones have required three things to operate: bars, batteries and minutes. Today, bars and batteries are nearly everywhere. But we’re still helpless slaves to the power of the Minute. How many times have you found yourself ignoring calls at the end of the month, or doing your best livestock auction voice just to get in a conversation? That’s not to mention texting limits, which can be just as draconian and even more expensive. The good news is that if you have a smartphone, you can finally break the chains of the phone company.

Watch free TV online You’ve canceled your cable subscription, hooked your laptop or streaming boxto your TV and popped the popcorn. You’re ready for a fabulous night in full of free television. There’s just one thing missing – all of your favorite shows! Cutting the cord isn’t very much fun if you can’t find anything to watch. Trying to find legitimate content online isn’t easy, though.