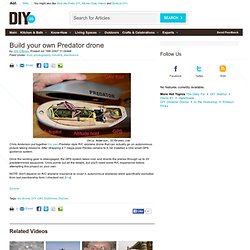 After strapping a 7 mega-pixel Pentax camera to it, he installed a nice small GPS guidance system. Once the landing gear is disengaged, the GPS system takes over and directs the planes through up to 20 predetermined waypoints. Chris points out all the details, but you'll need some R/C experience before attempting this project on your own. NOTE: don't depend on R/C airplane insurance to cover it, autonomous airplanes were specifically excluded from last membership form I checked out. [Via] Source. Predator plans (make one out of bluecore foam)

Very nice plans to make a smallish Predator out of bluecore foam. 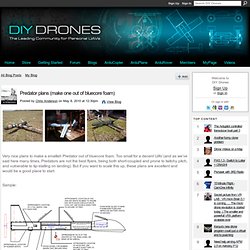 Too small for a decent UAV (and as we've said here many times, Predators are not the best flyers, being both short-coupled and prone to twitchy pitch, and vulnerable to tip-stalling on landing). But if you want to scale this up, these plans are excellent and would be a good place to start. Sample: A Marionville Models - RC Radio Remote Control Model Cars, Boats, Planes, Helicopters, Tanks.

From The Dreadnought Project Copyright All images in this section are protected by copyright, as the marks on them indicate. 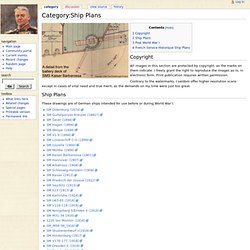 I freely grant the right to reproduce the images as-is, in electronic form. Print publication requires written permission. Contrary to the watermarks, I seldom offer higher resolution scans except in cases of vital need and true merit, as the demands on my time were just too great. Ship Plans These drawings are of German ships intended for use before or during World War I. Post World War I These drawings are of ships built after World War I. French Service Historique Ship Plans France's Service Historique posted over 3,000 scanned ship plan images some time ago at this link, but their official website was hacked and has been offline for months. 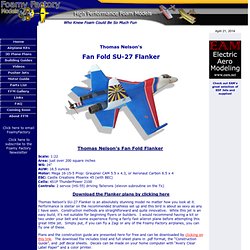 Plans and the construction guide are presented here for free and can be downloaded by clicking on this link. There is also an excellent thread on Ezone Magazine that details the construction and set up of this great little fighter. For those who have the free FMS (Flying Model Simulator), you can download a simulator of the Flanker, which has been tweaked to mimic the flight envelope. SU-27 Flanker Videos Maiden Flight - Climbing Rolls - Flight with Lipos SU-27 Flanker Links.