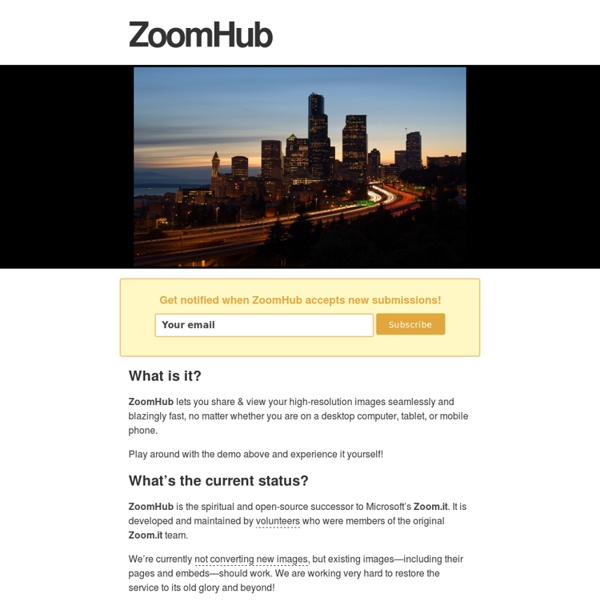 Here Is An Excellent Google Drive Converter Tool That Supports Over 200 Formats March 3, 2017 CloudConvert is an excellent converter to use for converting almost anything you want. We have tried several converting utilities in the past and this one stands out from the crowd. It is fast (even with large files), simple, easy to use, and most important of all, it is integrated with Google Drive and other cloud services such as Dropbox. ‘It is possible to use Google Drive or Dropbox both as input or output destination for your converted files. This makes it possible to start a large video conversion, leave the app and just wait until the file appears in your Google Drive / Dropbox.’ CloudCovert supports over 200 different formats including: audio (MP3, AAC, FLAC…), video (MP4, AVI, MPG…), document (PDF, DOC, DOCX, ODT…), ebook (MOBI, EPUB, CBC…), archive (ZIP, RAR…), spdreadsheets (XLS, XLSX, ODS, CSV…), and presentation (PPT, PPTX, ODP).

Embed a 3D wall of photos & videos on your site Posting a 3D wall on your site is as easy as 1-2-3. Cooliris Express is a Flash®-based version of the Cooliris Wall you can embed into your site for all visitors to enjoy. Create your own Wall with our online builder in three simple steps: Select content Choose from Facebook, Flickr, Picasa, YouTube, or any Media RSS feed. Five Ways to Visually Explore Wikipedia Wikipedia is one of the first places that students often go to get some background information on a topic they're researching. Besides just going to Wikipedia.org and entering a search, there are some other ways to explore the content of Wikipedia. Here are five ways that students can visually explore Wikipedia's content.

Topsy - Real-time search for the social web With iOS 9, Search lets you look for content from the web, your contacts, apps, nearby places, and more. Powered by Siri, Search offers suggestions and updates results as you type. There are two ways to use Search on your iOS device. Air Display: Conversation with Dave Howell Dave Howell is the founder of Avatron Software, the mobile app developer that created Air Sharing, Print Sharing, and Air Display. Before starting Avatron, Dave was a senior engineering manager at Apple, where he worked on the Pro Apps and Productivity Apps teams. Dave has Computer Science and Music degrees from Case Western Reserve University and a Cornell MBA. In this conversation, Dave discusses using their Air Display product to use an iPad as a presenting tool.

Motivator: Create your own motivational posters! First time here? Welcome! We have a lot of fun stuff to play with like ourMotivational Poster maker, Magazine Cover maker, Pop Art poster, and much more! Play as much as you like—everything is free. We also sell awesome custom-printed products. America: A Narrative History, 8e: W. W. Norton StudySpace US History Tours powered by Google Earth. This new format traces historical developments across time, touching down on locations vital to our nation's heritage and development. Points of interest in each tour launch primary and multimedia sources. Download Tours: To download: Windows users: right-click, "save link as"; Mac users: ctrl+click, "save as". If you haven’t done it already, download Google Earth™ and install it on your computer.

Presentations beyond PowerPoint Configurative is... ...the system we use to deliver most of our presentations. Based on the the industry standard Adobe Director executable it allows us to create stunning, impactful presentations that can be edited and customised by our clients. The finished presentations run on 32/64 Bit Windows systems and, optionally, Apple Macintosh. They are completely self-contained and don't rely on any pre-installed software

Convert your files online and for free with Imverter Imverter is this sweet, fast and free web-app that lets you instantly convert your files right from your browser. It might seem simple and “yet another file conversion tool” for now, but I promise you it is not. Its focus is at the moment on image conversion and it supports and recognizes tons of known formats – JPG, PNG, GIF,BMP, raw formats, vector but it also supports PostScript formats. Something i like about it…. Say for instance that you want to convert a .pdf file to .jpeg and you want the end conversion in a zip file so you can download it and access it later…well, imverter does that. It doesn’t only do the simple tasks but it takes it a lot further.

Mosaic Maker: A world of creative photo possibilities. Tons of fun stuff... Give one of our toys a spin! Framer, FX, Trading Card, Mosaic Maker, CD Cover, Photobooth, Bead Art, Magazine Cover, Billboard, Mosaic Maker, Color Palette Generator, Mosaic Maker, Calendar, Lolcat Generator, Cube, Pop Art Poster, Mat, Hockneyizer, Movie Poster, Motivator, Jigsaw, Wallpaper, Map Maker, Pocket Album, Badge Maker, Three Ways to Mark-up Webpages and Share Them There are a lot of excellent tools on the web for clipping, annotating, and sharing bookmarks with your friends and colleagues. For a long time I used Google Bookmarks for that purpose. Recently, I became a converted and dedicated user of Evernote. But sometimes you might want to actually capture and draw on a webpage to point out to others specific elements of that webpage.

4G LTE Moto E will be updated to Android Marshmallow in select markets, along with DROID Turbo 2, Maxx 2 and X Force Motorola first announced its Android 6.0 Marshmallow rollout plans in October. At the time, 11 devices were included in the list that was mostly made up of devices from 2015 and 2014. One notable absence was the Moto E, the company’s entry-level smartphone.