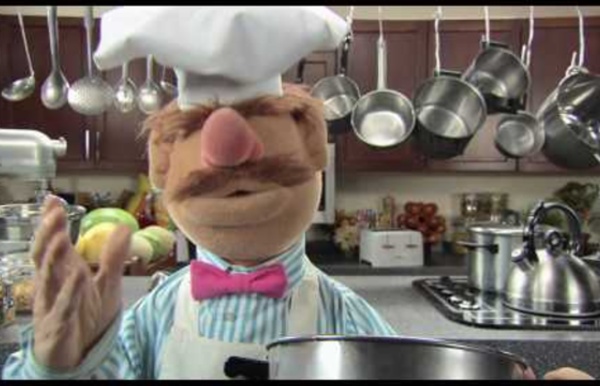 You're not going to believe what I'm about to tell you Comics Blog Books Shop Comics: Random Most Popular All Cats Grammar Food Animals Tech This is a comic about the backfire effect. Inspiration This comic was inspired by this three-part series on the backfire effect from the You Are Not So Smart Podcast. USC Creativity and Brain Institute Neural correlates of maintaining one’s political beliefs in the face of counterevidence By Sarah Gimbel and Sam Harris. Other fun reading Reddit - Change My View Wikipedia's list of common misconceptions Sources You Are Not So Smart Website Podcast USC Creativity and Brain institute Wooden teeth Slave teeth Latest Things Random Comics Home Quizzes About Contact

Good Omens: Neil Gaiman to adapt Terry Pratchett collaboration for TV | Books Neil Gaiman, the author and longtime friend of Sir Terry Pratchett, has announced he will be writing the adaptation of their co-authored novel Good Omens for the screen. Gaiman had previously said he would not adapt their 1990 fantasy novel about the end of the world without Pratchett, who died in March 2015 from a rare form of Alzheimer’s disease. Before Pratchett’s death, director Dirk Maggs – at Gaiman’s instigation – adapted Good Omens for BBC Radio 4, which broadcast in 2014 and included cameos from Pratchett and Gaiman. At the time, Gaiman said he had urged Radio 4 to adapt it because: “I want Terry to be able to enjoy this while he’s still able to.” But Gaiman, who flew into London on Thursday night for a memorial event for Pratchett at the Barbican, announced to whistles and cheers that he would be personally adapting the book for television. “Absolutely not,” Gaiman recalled replying, to laughter. “How much are we allowed to tell them?”

Comedy Wildlife Photography Awards :: Comedy Wildlife Photography Awards - Conservation through Competition Westworld season two trailer – 'We can burn it to the ground' | Television & radio The robots have revolted, and they’re not taking prisoners. During Sunday night’s Super Bowl deluge of trailers and adverts, Westworld fans got a chance to see what the second season of the sci-fi western will look like: and it’s not pretty. The trailer for the show, which is set to return in April 2018, sees Evan Rachel Wood’s Dolores deliver a haunting monologue over a subdued piano cover of Kanye West’s Runaway. “We built this world together, this world where dreams come true,” she says. “We can burn it to the ground. The first season, which finished in late 2016, ended with the robotic hosts of Westworld turning on their human enemies and taking revenge by gunning them down in the twisted theme park. There’s been speculation about the different worlds that the second Westworld could explore. “And being able to tell that in chapters and commit to aggressive moves season-by-season that propel that story upwards and outwards and inwards.” … we have a small favour to ask.

Celebrating Ludwig van Beethoven's 245th Year Help Beethoven's unfortunate journey to the symphony hall by arranging his masterpieces in time for the big crescendo! Even when you’re the preeminent musical genius of your generation, sometimes you just step in it. So begins Beethoven’s trip to the symphony hall in today’s musical puzzle, which Leon Hong created in collaboration with artist Nate Swinehart and engineers Jonathan Shneier and Jordan Thompson. Ludwig’s father, a middling singer in the Elector’s court and a man too often in his cups, pulled the precocious child out of school at the age of ten in hopes of earning some money on the shoulders of his talent (as a result, his handwriting was so bad that musicologists still struggle to authenticate his signature). Despite all of this, Beethoven’s music prevailed. It’s unclear when Beethoven was actually born, but December 17th marks the 245th anniversary of his baptism. Engineers: Jordan Thompson, Jonathan Shneier, Kris Hom, Charlie Gordon Design Lead: Leon Hong

The Frankenstein Chronicles The Frankenstein Chronicles is a British television period crime drama series that first aired on ITV Encore on 11 November 2015.[1] The series, designed as a re-imagining of Mary Shelley's 1818 novel Frankenstein, follows Inspector John Marlott (Sean Bean), a river police officer who uncovers a corpse made up of body parts from seven missing children, and sets about determining the identity of the person responsible. The series co-stars Tom Ward as then-Home Secretary Sir Robert Peel and Anna Maxwell Martin as author Mary Shelley. The first series, comprising six episodes, opened to critical acclaim[2] and drew an average audience of 250,000 viewers per episode. In December 2017, it was announced that Netflix had struck a deal to carry the program in the United States and other territories.[7] Cast[edit] Episodes[edit] Series 1 (2015)[edit] Series 2 (2017)[edit] References[edit] External links[edit]

theconversation The lead story on The New York Times homepage provided the overview of the latest massacre at an American school: “17 Killed at Florida School; Toll May Climb.” A “sidebar,” or secondary story, also on the homepage, bore this headline: “Here’s What We Know About the Suspect.” In a similar vein, the Washington Post ran a story with the headline, “Florida shooting suspect Nikolas Cruz: Guns, depression and a life in trouble.” The stories tell of a troubled kid who liked weapons, threatened classmates and was cruel to animals. There’s no question that we humans are deeply curious about those who commit crimes. Obsession with deviance Who among us, after all, has not at least fantasized about inflicting bodily harm on an enemy or taking what did not belong to us? So the journalistic impulse to learn what we can about a mass murderer by interviewing acquaintances and combing through his social media accounts is understandable. Incentive to kill? Killer profiles