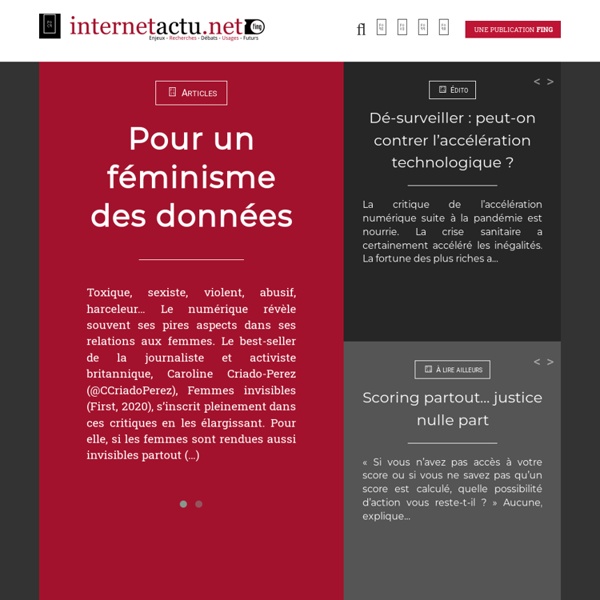 Seite 2 - Shoshana Zuboff: Secrets of Surveillance Capitalism Who are these “various people” and what is this “long-term game”? The game is no longer about sending you a mail order catalogue or even about targeting online advertising. The game is selling access to the real-time flow of your daily life –your reality—in order to directly influence and modify your behavior for profit. This is the gateway to a new universe of monetization opportunities: restaurants who want to be your destination. Service vendors who want to fix your brake pads. Shops who will lure you like the fabled Sirens.

Magic Tools for Game Development A list of game development resources to make magic happen. Created by awesome people for awesome people. This awesome collection is also available on Game-Development.ZEEF.com Graphics Great graphics placeholders and tools to turn that squared game into a picasso painting Assets/Placeholders Hype Driven Development – DaftCode Blog Software development teams often make decisions about software architecture or technological stack based on inaccurate opinions, social media, and in general on what is considered to be “hot”, rather than solid research and any serious consideration of expected impact on their projects. I call this trend Hype Driven Development, perceive it harmful and advocate for a more professional approach I call “Solid Software Engineering”. Learn more about how it works and find out what you can do instead. New technology — new hope Have you seen it?

Colour Contrast Check - snook.ca Date created: January 11, 2005 Date last modified: March 30, 2009 The Colour Contrast Check Tool allows to specify a foreground and a background colour and determine if they provide enough of a contrast "when viewed by someone having color deficits or when viewed on a black and white screen"[W3C]. The tool will indicate that the colours pass the test if both the colour difference and the brightness difference exceed their threshold. It will indicate that it sort of passes if only one of the two values exceed their threshold.

Microsoft CEO Satya Nadella makes a big impression in just a year Satya Nadella’s appointment as Microsoft CEO a year ago was surprising. A protracted search for Steve Ballmer’s successor had many expecting the nod to go to an outsider to steer Microsoft into the future, not the then-unknown 22-year Microsoft veteran. Microsoft even attempted to massage any concerns by strategically announcing Bill Gates was "substantially increasing" his time at the company.

Instagram and the Cult of the Attention Web: How the Free Internet is Eating Itself — RE: Write Time is more precious than money. Money is a renewable resource. Everyone always has the potential to make more money. MAX — The Creativity Conference Maira Kalman was born in Tel Aviv and moved to New York with her family at the age of four. She was raised in bucolic Riverdale, the Bronx. She now lives in Manhattan. Traynor's Eye: Meeting A Troll... I'm back on Twitter. I can imagine the cries of 'I knew he wouldn't last!' from the Twitterati. But give me a few minutes of your time and I'll tell you why I'm back and the real truth about exactly why I left in the first place.