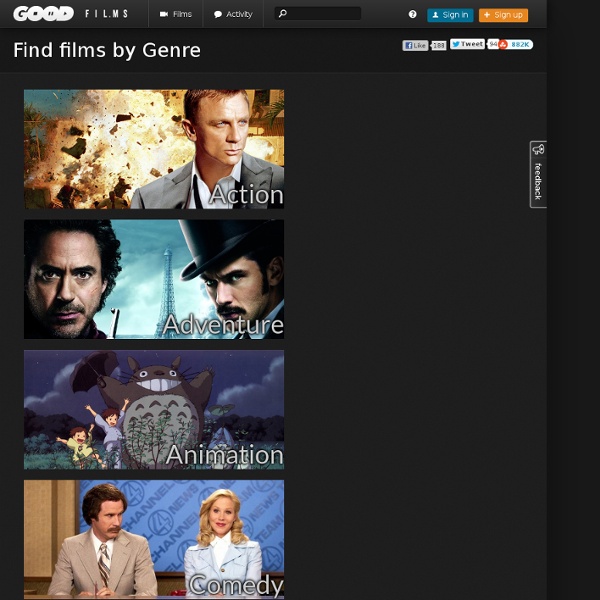 25 Spectacular Movies You (Probably) Haven't Seen Pt. 3 Mr. Nobody Who would you have been when, at crucial moments in your life, you chose to walk a different path? That thought experiment is explored brilliantly by this amazing science-fiction movie as we follow Nemo(s) for 118 years. Set in the past, the now and in the future, we follow different branches of his life through time, covering the topics of technology, love, human fragility and how decisions shape who we will end up being. Spectacular.

List of unusual deaths This is a list of unusual deaths. This list includes unique or extremely rare circumstances of death recorded throughout history, noted as being unusual by multiple sources. Some of the deaths are mythological or are considered to be unsubstantiated by contemporary researchers. Tesla - Master of Lightning: A Weapon to End War Tesla inherited from his father a deep hatred of war. Throughout his life, he sought a technological way to end warfare. He thought that war could be converted into, "a mere spectacle of machines." In 1931 Tesla announced to reporters at a press conference that he was on the verge of discovering an entirely new source of energy.

Best Movies of 2013 May we stipulate that 2013 has been a flat-out, stone-cold, hands-down spectacular year in movies? Which means that many of us are frustrated. After all, the average filmgoer only sees about six films a year. This is being written at a time when there are at least 10 must-see movies in area theaters, not to mention titles that are stacking up in our on-demand queues like backed-up shuttle flights circling Reagan National. And guess what: There are more on the way. 10 Weird and Mysterious Places on Earth - StumbleUpon - Nightly digg 1. Mystery Spot Mystery Sport is a tourist attraction near Santa Cruz, California, famous because of its disrespect to the laws of physics and gravity. The odd cabin, although seems like lying on flat ground, makes those who enter inside swinging all the time.

30 Challenges for 30 Days Did you know that it takes 30 days to form a new habit? The first few days are similar as to how you would imagine the birth of a new river. Full of enthusiasm it gushes forth, only to be met by strong obstacles. The path is not clear yet, and your surroundings don’t agree. How to Draw Celtic Knotwork The old method These instructions can be followed with pencil and paper or using any computer based drawing or drafting program. I have used Corel Draw, Adobe Illustrator, and AutoDesk AutoCad for various projects, but my favorite is Corel Draw. In the tutorial below I show the method that I use in Corel Draw; however, I have deliberately left out program-specific instructions. I did this to make the instructions more broadly applicable to work with as many drawing and CAD programs as possible. This method, like most, begins with drawing the grid.

My collection of funny emails from my inbox. Subject: 5 MINUTE MANAGEMENT COURSE Lesson 1: A man is getting into the shower just as his wife is finishing up her shower, when the doorbell rings. The wife quickly wraps herself in a towel and runs downstairs. How to Gain Weight: 15 steps (with pictures) - wikiHow - Nightly Edit Article Eating to Gain WeightBuilding Muscle to Gain WeightTroubleshooting Edited by Krystle C., Mel, Babymelany, Lisa Brooks and 237 others Do you need to put on a few pounds to make a sports team, better your health, or simply to bulk up? Most people are out to lose weight, but you can reverse some basic dieting principles to gain some girth.

300+ Mind Expanding Documentaries I watch a lot of documentaries. I think they are incredible tools for learning and increasing our awareness of important issues. The power of an interesting documentary is that it can open our minds to new possibilities and deepen our understanding of the world. On this list of mind expanding documentaries you will find different viewpoints, controversial opinions and even contradictory ideas. Critical thinking is recommended. I’m not a big fan of conspiracy documentaries but I do like films that challenge consensus reality and provoke us to question the everyday ideas, opinions and practices we usually take for granted.