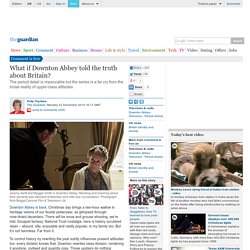 Christmas day brings a two-hour wallow in heritage visions of our feudal yesteryear, as glimpsed through rose-tinted decanters. There will be snow and grouse shooting, we’re told. Escapist fantasy, National Trust nostalgia, here is history scrubbed clean – absurd, silly, enjoyable and vastly popular, in my family too. Why Is Elle Fanning Taking a Role From a Transgender Actor? The short answer: business realities. 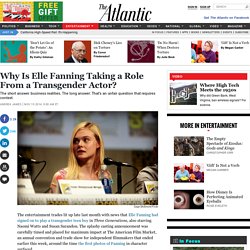 The long answer: That’s an unfair question that requires context. Gage Skidmore/Flickr The entertainment trades lit up late last month with news that Elle Fanning had signed on to play a transgender teen boy in Three Generations, also starring Naomi Watts and Susan Sarandon. The splashy casting announcement was carefully timed and placed for maximum impact at The American Film Market, an annual convention and trade show for independent filmmakers that ended earlier this week, around the time the first photos of Fanning in character surfaced. These Unreleased Harry Potter Scenes Need to Be Seen by the Public Already! While we had been gifted for well over a decade with all of the Harry Potter books and movies, I'm an admittedly selfish person. 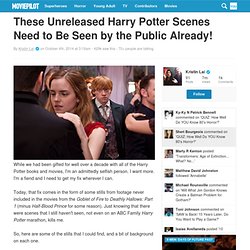 I want more. I'm a fiend and I need to get my fix wherever I can. Today, that fix comes in the form of some stills from footage never included in the movies from the Goblet of Fire to Deathly Hallows: Part 1 (minus Half-Blood Prince for some reason). Just knowing that there were scenes that I still haven't seen, not even on an ABC Family Harry Potter marathon, kills me.

12 Lessons We Learned From 10 Things I Hate About You. What Are You Doing This Weekend? Want to Watch a Movie? Have you ever left a great film hating it solely because you weren’t the one to write it? 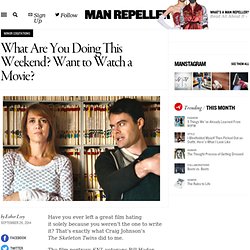 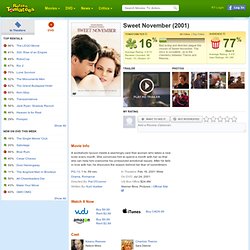 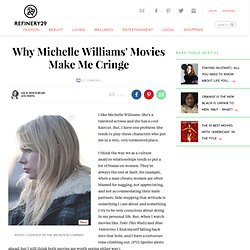 I like Michelle Williams. She's a talented actress and she has a cool haircut. Hannibal's last supper "Mizumono" finale review [s2, e13] Twelve episodes — and twelve weeks in show-time — have all been leading to the final confrontation between Jack, Hannibal and Will. 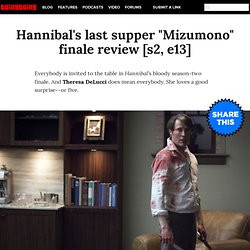 It wasn’t quite the cathartic conclusion viewers would have expected from the opening minutes of the season premiere, what with Jack knowing several episodes ago that Hannibal is the Chesapeake Ripper. Yet the last twenty minutes of “Mizumono” were no less devastating or shocking. Just How Dirty Is Nymphomaniac: Volume II? Sofia Coppola on The Bling Ring - In Pictures. Emma Watson Douglas Booth Interview - Noah Movie. Videos: Emma Watson admits she'd like 'Fantastic Beasts and Where to Find Them' film cameo. Jennifer Lawrence Lip Syncs Like A Maniac In American Hustle Deleted Scenes. Jennifer Lawrence blew us away with her performance in American Hustle. 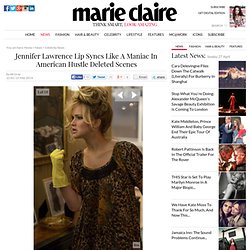 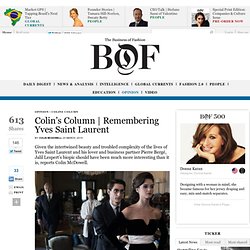 You wait for ages for one and then two arrive together, though neither one is quite on the route you had hoped for. In 2009, two films devoted to various moments in the life of Coco Chanel hit the big screen: Coco Before Chanel and Coco & Igor. Now, one of the few other commercially exploitable fashion names is having a turn. Yves Saint Laurent is the bald and bold title of the first of two films this year devoted to the designer. Nymphomaniac (Volumes 1 and 2) – review. Jamie Bell: 'I hadn't said hello to Charlotte Gainsbourg before I started hitting her in the face'

It's lunchtime in Richmond, Virginia when a perky Jamie Bell calls. 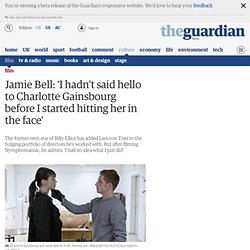 He's there filming Turn, a new American TV drama in which he plays a farmer heading up a team of secret agents during the revolutionary war, and it's "absolutely freezing", he says. But playing war games in the cold is a piece of cake compared to the week he spent with Lars von Trier. Aint Them Bodies Saints Movie Review 2013 - Rooney Mara. If you read through the plot on paper, Ain't Them Bodies Saints sounds like a story about a tragic but enduring love that survives prison, separation, violence, and even death.

But when you see the story play out on screen, it's really a film about loneliness. Of course, it's no surprise that pregnant Ruth (Rooney Mara) would feel lonely after her husband takes the fall for her crime and goes to prison for 25 to life. But it's not so much her situation as the hovering, close-up camerawork that follows all the characters in the film, including Ruth's young daughter, that makes these characters feel isolated and removed from control of their own lives. That lack of control is also a central theme that taints the efforts of anyone involved. “Me asombra cómo este Gobierno se carga el cine español” Después de todo, va a resultar que lo que buscaba Frodo era una paella, y que, al final del camino, a la comunidad del anillo le esperaba un restaurante con tapas deconstruidas.

The provocative film in two parts, which features real sex scenes with porn doubles in softcore and hardcore versions, will premiere at the Cannes Film Festival in May. What Is Going on With Shoshanna on Girls? 'Real Life' Disney Princesses. Ranking Every Episode Of "Buffy The Vampire Slayer" Hunger Games: Catching Fire: A textual analysis of Suzanne Collins’ novels, and Twilight and Harry Potter too. Photo by Murray Close/Lionsgate, Inc. The Hunger Games: Catching Fire, starring Jennifer Lawrence, reviewed. Courtesy of Lionsgate The Hunger Games books and films come to fill a psychic void left by the Twilight series. The Brit one from Girls: Jemima Kirke talks mayhem and motherhood - London Life - Life & Style.