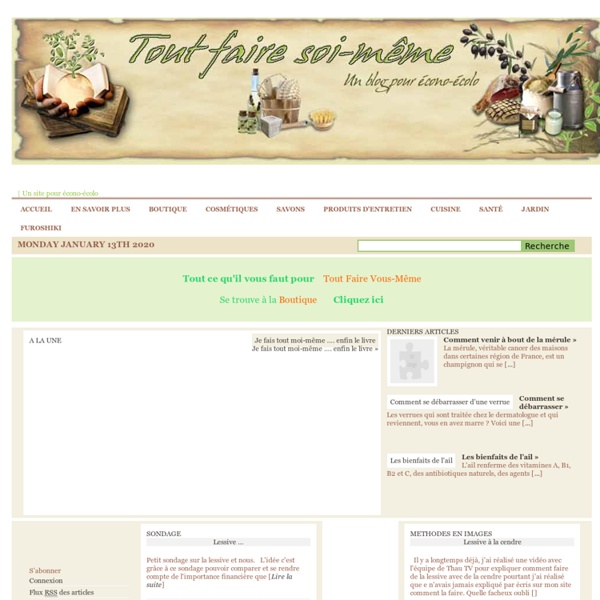 VIDEO: Amazing Recycled Bicycle Machines Bicycle recycling is nothing new. But a Guatemalan nonprofit is turning trashed bicycle parts into innovative, electricity-free machines that you have to see to believe. Based in San Andrés Itzapa, Guatemala, Maya Pedal Asociación accepts donated bikes from the U.S. and Canada, which volunteers either recondition to sell or break down to create a range of pedal-powered machines called Bicimáquinas. Bet You’ll Love: VIDEO: Soda Bottles Upcycled into Solar Light Bulbs Founded by engineer and bicycle enthusiast Carlos Marroquin, the organization harnesses pedal power to perform a number of tasks that would otherwise require electricity, which is often unavailable in smaller villages. pelote de fil avec t shirt Reader Blair liked our t-shirt yarn dishcloths, but had a major question about t-shirt yarn: "So I don’t know how when one piece of yarn ends, to begin again with a new one… Does that make sense? Someone please email me.and tell me!" Well, Blair, I'll do you one better and write a whole post about it! How do you turn t-shirts into yarn, and then attach the ends? Read on!

DIY Elbow Patch While perusing Pinterest one evening, I came across an intriguing tutorial on the wonderful art of needle felting. I had to learn more – especially after realizing it entailed repeatedly stabbing a needle up and down into a piece of fabric or sweater. A satisfying stress reliever that results in something wearable? Fountain, Pond, and Statuary Water Pumps, Great for Outdoors now with Longer Cords Kasco's floating fountains and aerators are highly efficient, with much lower power consumption than competitive equipment. Featuring superior dependability in salt-wa Click here The Man Who Lives Without Money Think you couldn’t live without money? Irishman Mark Boyle challenged this notion and here’s how he finds life with no financial income, bank balance, and no spending. “If someone told me seven years ago, in my final year of a business and economics degree, that I’d now be living without money, I’d have probably choked on my microwaved ready meal.” According to Boyle, the plan back then was to ‘get a good job’, make as much money as possible, and buy the stuff that would show society he was successful. Like most individuals raised in a consumer-driven society, he never second guessed those goals.

iMac G4 desk lamp If you know anything about computers or have used the computer for several years, then you certainly heard of iMacs, the computers that are produced by the guys from Apple. Well, there is a special model of iMac, iMac G4, that was the source of inspiration for some very innovative guys and they turned it into a … desk lamp. The idea started from the “nickname” of this computer that was iMac lamp. tapis This Crochet rugs are made by Olga at olinohobby.com All you need is yarn, old T-shirts & crochet hook. Now the images will guide you trough the process.

sewing 101: recycled paper basket Thanks to a few recent online purchases, I had an enormous pile of long brown packing paper strips in my studio. I couldn’t bear to just recycle it; it seemed to have so much crafty potential. So tasked with the challenge of creating a project to help get organized for the new year, I decided to turn that pile of paper into a woven basket. Folded into strips and edged with stitching, the paper took on a whole new quality that calls to mind upholstery webbing or even leather. This project is super easy to do, takes only an afternoon and is a great way to give new life to leftover materials.

View topic - Tristrin's Aquaponics Systems Well we started losing some catfish in the system that the poison got into, so last weekend we did a complete water change, scrubbed the FT & ST and flushed the gravel a number of times. I suspect that there must have still been a trace of the poison in the gravel and at a much weeker concentration it took longer to start killing the fish. All other tests were fine and the fish in our other 2 systems are all good.

Building a bee waterer We're still feeding our honeybees, helping them sock away some extra honey to make it through the winter. I've been giving them really strong sugar water (half sugar, half water) to make it easier for them to dehydrate the liquid into honey in the cool weather, but that seems to make the bees exceptionally thirsty. At the same time, I poured out our kiddie pool of water since it's too late in the year to be soaking mushrooms. The combination of factors sent the bees searching for other water sources, and we started finding drowned bees in every standing body of water around the farm.

Classic Hand Tools Limited - Lost Art Press Ref: BK-MAJSFAT When it comes to exploring the shadowy history of how 17th-century furniture was built, few people have been as dogged and persistent as Jennie Alexander and Peter Follansbee. For more than two decades, this unlikely pair – an attorney in Baltimore and a joiner at Plimoth Plantation in Massachusetts – have pieced together how this early furniture was constructed using a handful of written sources, the tool marks on surviving examples and endless experimentation in their workshops. The result of their labour is the new Lost Art Press book “Make a Joint Stool from a Tree: An Introduction to 17th-century Joinery.”

un pompon avec un t shirt Learn how to turn old t-shirts into pom poms! T-shirt Pom Poms are so much more durable than tissue paper ones. And I think they look loads better! {macramé: half knot spiral} washer & wingnut bracelet By Kate on October 25, 2011 Hello there! I finally got around to posting after a hectic few weeks. I’ve been working on a big project which is all done and dusted now so I will be making more frequent updates between now and Christmas…phew! I sincerely wish there were more hours in the day! I’m hoping to post another Halloween craft in the next day or so.