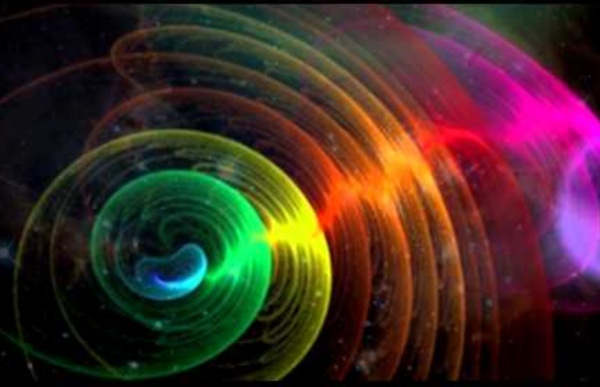 Introduction to spiritual root causes of difficulties in life Abstract: The spiritual dimension influences up to 80% of our lives. On average, our deeds in the past, which include past lives, decide about 65% of events in our life in the form of destiny. This destiny is played out by various elements, both in the physical plane and in the spiritual realm. The elements in the spiritual realm that mainly influence our destiny are ghosts and subtle-bodies (spirits) of our departed ancestors. By doing spiritual practice as per the six basic principles of spiritual practice, we harness spiritual energy that helps us overcome the influence of these spiritual factors. To understand this article, it is recommended that you first read the following articles:

There Is No Mistaking The Evidence; Cannabis Cures Cancer May 12, 2013 2012thebigpicture It's no coincidence that the government has tried to criminalize the use of marijuana and growing the hemp plant. They know it's a miracle vegetable and that it's helping people to either deal with health issues or cure ---YES, I SAID CURE---diseases the allopathic medical community has chosen to exacerbate through the use of costly, toxic drugs and cocktails that create more health issues than they resolve. How to Decalcify and Detoxify the Pineal Gland The primary goal of decalcifying your pineal gland is so that you can begin the process of pineal gland activation and begin the awakening of your third eye. There are two parts to pineal gland decalcification. The first is to stop any further calcification of your pineal gland which is caused by any lifestyle habits or environmental factors, e.g. flouride, etc. The second step is to work on reducing and removing the existing calcification and help to further develop your pineal gland.

Marijuana doesn't appear to harm lung function, study finds Smoking a joint once a week or a bit more apparently doesn't harm the lungs, suggests a 20-year study that bolsters evidence that marijuana doesn't do the kind of damage tobacco does. The results, from one of the largest and longest studies on the health effects of marijuana, are hazier for heavy users - those who smoke two or more joints daily for several years. The data suggest that using marijuana that often might cause a decline in lung function, but there weren't enough heavy users among the 5,000 young adults in the study to draw firm conclusions. Smoking marijuana as often as one joint daily for seven years, or one joint weekly for 20 years was not linked with worse lung function Still, the authors recommended "caution and moderation when marijuana use is considered." Marijuana is an illegal drug under federal law although some states allow its use for medical purposes.

How to Decalcify Your Pineal Gland (And Why It’s Really Important) Travel deep into the center of your brain, and you’ll find a pinecone-shaped gland. The size of only a grain of rice, this tiny gland plays an essential role in how we sleep, perform, make decisions, and perceive reality. A healthy-functioning pineal is essential for psychological development, peak performance, and spiritual awakening. In this guide—part one of an epic 4-part series—we’ll explore what this gland does, why it generally doesn’t work properly, and how to restore it.

Tree of life (Kabbalah) The Tree of Life, or Etz haChayim (עץ החיים) in Hebrew, is a classic descriptive term for the central mystical symbol used in the Kabbalah of esoteric Judaism, also known as the 10 Sephirot. Its diagrammatic representation, arranged in 3 columns/pillars, derives from Christian and esoteric sources and is not known to the earlier Jewish tradition.[citation needed] The tree, visually or conceptually, represents as a series of divine emanations God's creation itself ex nihilo, the nature of revealed divinity, the human soul, and the spiritual path of ascent by man.

Thoth Thoth Thoth was the God of Knowledge, the Moon, Measurement, Wisdom, the Alphabet, Records, Thought, Intelligence, Meditation, the Mind, Logic, Reason, Reading, Hieroglyphics, Magic, Secrets, Scribes, and Writing. He also went by other names in the myths of ancient civilizations.

The 12 Pyramids of Thoth Preface Pyramid 1: Egypt .... The Cycles of Time Begin The Book Of Thoth In Egyptian mythology, Thoth is the god of wisdom, time, writing, magic and the moon. The Book of Thoth is a legendary book containing powerful spells and knowledge, said to have been buried with the Prince Neferkaptah (meaning perfect ka of Ptah in Egyptian) in the City of the Dead. The reader of the rolls would know the language of the animals, be able to cast great spells, and be able to enchant the sky and earth themselves. Anyone who read the book was punished by the gods (who would cause the reader's loved ones to die until the book was returned). In recent years books such as 'The Orion Mystery' by Robert Bauval have created a popular belief that The Sphinx and other Giza monuments are thousands of years older than is currently claimed by orthodox Egyptologists. Members of this movement often suggest that the Book of Thoth has been positioned beneath the paws of the Sphinx for some 12,000 years.