The Most Astounding Fact 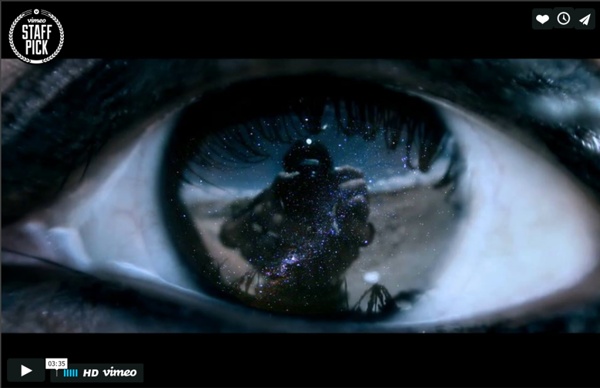 THE WORLD QUESTION CENTER 2004 Jordan Pollack Pollack's Law Progress requires the Pareto Optimization of Competitiveness and Informativeness The simple idea that Nature is "Red in Tooth and Claw" lends a religious fervor to those promoting Competition as the right organizing principle for open-ended innovation, e.g. in Laissez Faire Capitalism, government procurement, Social Darwinism, personnel review, and even high-stakes educational testing. Through the use of mathematical and computer models of learning, we discovered that competition between learning agents does not lead to open-ended progress. The exciting new "law" is that progress can be sustained among self-interested agents when both competitiveness and informativeness are rewarded. A measurement of innovation rate. Consider a black box that takes in energy and produces bit-strings. Platonic Density = P / LC Pollack's Law of Robotics Start over with Pinball Machines.

This Awesome Urn Will Turn You into a Tree After You Die | Design for Good | Big Think - StumbleUpon You don't find many designers working in the funeral business thinking about more creative ways for you to leave this world (and maybe they should be). However, the product designer Gerard Moline has combined the romantic notion of life after death with an eco solution to the dirty business of the actual, you know, transition. His Bios Urn is a biodegradable urn made from coconut shell, compacted peat and cellulose and inside it contains the seed of a tree. Once your remains have been placed into the urn, it can be planted and then the seed germinates and begins to grow. I, personally, would much rather leave behind a tree than a tombstone. Editor's Note: The Bios Urn is a patented design of Estudimoline, the design company of Gerard Moline, a Catalan artist and product designer who designed Bio Urn for animals in 1999.

Eccentricity (behavior) From Medieval Latin eccentricus, derived from Greek ekkentros, "out of the center", from ek-, ex- "out of" + kentron, "center". Eccentric first appeared in English essays as a neologism in 1551 as an astronomical term meaning "a circle in which the earth, sun, etc. deviates from its center." Five years later, in 1556, an adjective form of the word was used. 129 years later, in 1685, the definition evolved from the literal to the figurative, and eccentric is noted to have begun being used to describe unconventional or odd behavior. A noun form of the word – a person who possesses and exhibits these unconventional or odd qualities/behaviors – appeared by 1832. A person who is simply in a "fish out of water" situation is not, by the strictest definition, an eccentric since, presumably, he or she may be ordinary by the conventions of his or her native environment. Eccentrics may or may not comprehend the standards for normal behavior in their culture. Psychologist Dr.

Laurie A. Couture | Coaching I specialize in supporting parents who wish to heal their children’s emotional, behavioral and educational struggles through attachment parenting, natural learning (including unschooling) and alternatives to psychiatric drugs. I provide coaching for parents of children ages pre-birth through late adolescence. I also provide specialized attention to the unique parenting needs of single parents, adoptive parents, grandparents and step-parents. Laurie specializes in trauma and severe emotional and behavioral problems in children… She confidently and compassionately assists parents with healing solutions for any level of challenge! I offer a variety of flexible, life-changing services for parents and for professionals who work with families. Choose from the services that best meet your needs below. Attachment Parenting Coaching I offer one-to-one coaching and support to parents of children of all ages- Pregnancy through late adolescence. Contact Me Parenting Workshops, Trainings and Seminars