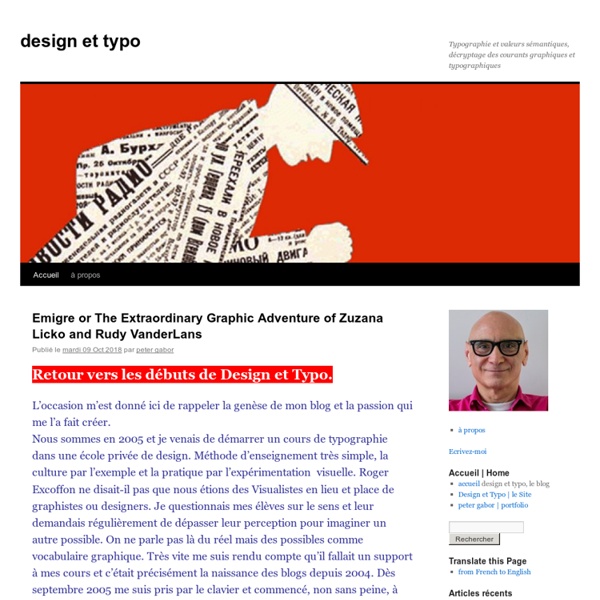 Top 50 Best Free Fonts Are you in love with the Free Fonts Section on UltraLinx? If you answered yes, then I believe this post will blow your mind. Today we round up the top 50 best free fonts for you to download. Did we mention they were free? colourful places & spaces A school in Ljubljana, Slovenia called Kindergarten Kekec proves that turning a space of learning from blah to inspiring only really requires some clever thinking and a big dash of colour. Built in just three days and inspired by the school’s lack of play equipment, Slovenian studio Arhitektura Jure Kotnik used rotating vertical shutters to turn the prefab 1980′s kindergarten into an interactive building. Timber slats can be turned from wood to bright colour (nine hues in total), allowing children to play, learn and engage with their school. I love how this installation constantly changes the appearance of the exterior and allows for both full bursts of colour and small strips of hue. If this had been my kindergarten, I may never have gone home… (spotted on dezeen; photographs via arhitektura jure kotnik and dezeen)

30+ Essential FREE Hipster Fonts We’ve put together a super comprehensive list of the most essential and very best FREE hipster fonts, that you can grab online, for nothing. Not bad, huh? Stop searching for great free hipster fonts, we’ve got you more than covered. We’ve found and catalogued a tonne of amazing script, brush, minimal, geometric and sans serif typefaces with huge hipster-friendly character and personality.

Color Palette Generator Color Palette Generator #ffeeff #ffccdd #eeaaaa 25 Classic Fonts That Will Last a Whole Design Career Eric Gill, Adrian Frutiger and Max Miedinger are names we associate with the classic typefaces designers use on a daily basis. Their font creations are timeless designs that look right at home no matter what century we’re in. This collection of 25 classic fonts is a round up of the best and most popular fonts every designer should own. You can be sure that they will last your whole design career.

Heroes – Lance Wyman / Designers Journal Imagine if your portfolio contained branding for an Olympics Games, maps and graphics for an entire metro system – in fact make that two metro systems – as well as signage, wayfinding and branding for a zoo. Hang on, make that two zoos! In the case of American designer Lance Wyman that’s just the tip of the iceberg in what has been a lifetime of awe-inspiring work. The fact that Lance Wyman isn’t as well known as his counterparts Saul Bass, Paul Rand and Massimo Vignelli is a mystery to me as his body of work is nothing short of breathtaking. Lance Wyman was born in Newark, New Jersey in 1937. His father was a commercial fisherman and his mother a typist.

Free Helvetica Fonts The best website for free high-quality Helvetica fonts, with 17 free Helvetica fonts for immediate download, and 91 professional Helvetica fonts for the best price on the Web. Show 6 similar free Helvetica fonts… Please note: If you want to create professional printout, you should consider a commercial font. Free fonts often have not all characters and signs, and have no kerning pairs (Avenue ↔ A venue, Tea ↔ T ea). Check it for free with Typograph. Typographer's Glossary Serif: Serif's are semi-structural details on the ends of some of the strokes that make up letters and symbols. A typeface that has serifs is called a serif typeface (or seriffed typeface). Some of the main classifications of Serif type are: Blackletter, Venetian, Garalde, Modern, Slab Serif, Transitional, and Informal. Fonts in each classfication share certain similiar characteristics including the shape or appearance of their serifs. Serif fonts are widely used in traditional printed material such as books and newspapers.

RGB versus CMYK Computer monitors emit color as RGB (red, green, blue) light. Although all colors of the visible spectrum can be produced by merging red, green and blue light, monitors are capable of displaying only a limited gamut (i.e., range) of the visible spectrum. CMYK versus RGB color spectrum Whereas monitors emit light, inked paper absorbs or reflects specific wavelengths. Cyan, magenta and yellow pigments serve as filters, subtracting varying degrees of red, green and blue from white light to produce a selective gamut of spectral colors. Like monitors, printing inks also produce a color gamut that is only a subset of the visible spectrum, although the range is not the same for both.

30 Classic Fonts Every Designer Should Own Typeface is a basic element for reading and designing. Fonts are the windows to typography and it can affect your audiences depending on the typeface chosen. Year after year, new fonts are introduced to the public and it even evolves from the simplest to the grandest layout with many artistic touches.