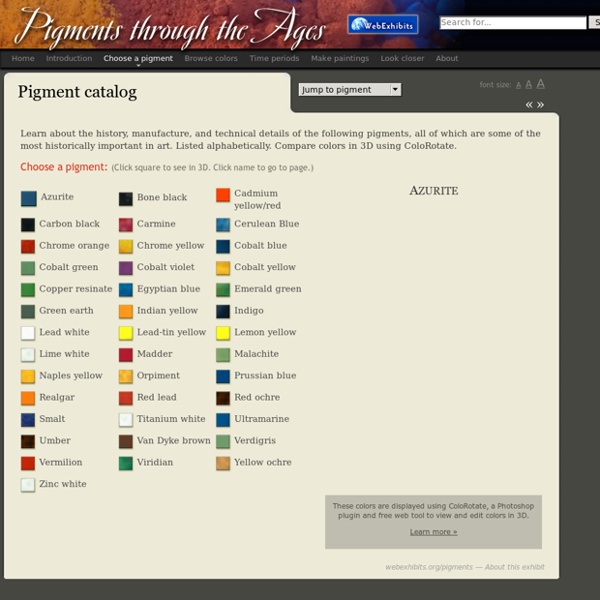 List of colors The following is a list of colors. A number of the color swatches below are taken from domain-specific naming schemes such as X11 or HTML4. RGB values are given for each swatch because such standards are defined in terms of the sRGB color space. It is not possible to accurately convert many of these swatches to CMYK values because of the differing gamuts of the two spaces, but the color management systems built into operating systems and image editing software attempt such conversions as accurately as possible. The HSV (hue, saturation, value) color space values, also known as HSB (hue, saturation, brightness), and the hex triplets (for HTML web colors) are also given in the following table. Colors in alphabetical order A-F[edit] For the continuation of the list of colors, please go to List of colors: G-M#Colors. Colors by shade[edit] White[edit] Gray/Grey[edit] Achromatic grays are colors between black and white with no hue. Pink[edit] Red[edit] Main articles: Red and Variations of red Sources

Iron(III) oxide - Sciencemadness Wiki Iron(III) oxide, often referred to as red iron oxide, is the chemical compound with chemical formula Fe2O3. It is the main component of rust and acts as the oxidizing agent in the classic thermite reaction with aluminium. Properties Chemical Iron oxide is a typical metal oxide. It will react with acids to form the iron salt, so iron(III) oxide is a useful starting point to make chemicals such iron acetate. A mixture of red iron oxide and aluminium powders is the classic thermite mixture. Red iron oxide is sometimes added to KNO3 and sugar mixtures to help accelerate the reaction, which is needed when making 'rocket candy' rockets. Physical Availability Sometimes used as a colouring agent for things such as concrete. Due to the well known thermite reaction, it is commonly available in large amounts online. Preparation Iron can be slowly oxidized by oxygen in the presence of salt water to red iron oxide. A more effective way to produce large amounts of iron oxide is through electrolysis. Projects

Frederik Jan Bruijel - Inleiding op mijn werk Pigment Synthetic ultramarine pigment is chemically identical to natural ultramarine Pigment Colours - Classification A pigment is a material that changes the color of reflected or transmitted light as the result of wavelength-selective absorption. In 2006, around 7.4 million tons of inorganic, organic and special pigments were marketed worldwide. Physical basis[edit] A wide variety of wavelengths (colors) encounter a pigment. The appearance of pigments is intimately connected to the color of the source light. Color spaces used to represent colors numerically must specify their light source. Sunlight encounters Rosco R80 "Primary Blue" pigment. Other properties of a color, such as its saturation or lightness, may be determined by the other substances that accompany pigments. History[edit] Before the Industrial Revolution, the range of color available for art and decorative uses was technologically limited. Mineral pigments were also traded over long distances, often at great cost. Swatches[edit]

Color Psychology by David Johnson Like death and taxes, there is no escaping color. It is ubiquitous. Yet what does it all mean? Colors often have different meanings in various cultures. Black Black is the color of authority and power. White Brides wear white to symbolize innocence and purity. Red The most emotionally intense color, red stimulates a faster heartbeat and breathing. The most romantic color, pink, is more tranquilizing. Blue The color of the sky and the ocean, blue is one of the most popular colors. Green Currently the most popular decorating color, green symbolizes nature. Yellow Cheerful sunny yellow is an attention getter. Purple The color of royalty, purple connotes luxury, wealth, and sophistication. Brown Solid, reliable brown is the color of earth and is abundant in nature. Colors of the Flag In the U.S. flag, white stands for purity and innocence. Food for Thought While blue is one of the most popular colors it is one of the least appetizing.

Preparing a DVD-R to act as a diffraction grating Main image - A segment of a DVD-R bottom layer with the photo-reactive dye removed See also - Does leaving the dye on a DVD-R grating make any difference? All DVD-Rs are made with two layers of moulded polycarbonate about 0.58mm thick, glued together. The process starts with splitting the two polycarbonate layers apart. A sharp craft knife can be applied to the edge and wiggled (very carefully) until it gains purchase between the two layers and starts them peeling apart. The problem I found with the initial split is that I tended to end up with a lot of aluminium and purple tinted dye on the bottom half of the disc. NOTE - Further experiments show that the dye is easily soluble in plain water. The dye dissolves easily, but any aluminium silvering left on the bottom disc is quite hard to shift. If you get stuck with a lot of aluminium left on the bottom half, then getting rid of it is harder than dissolving the dye.

How to Draw the Head From Any Angle The Basic Forms To draw the head from any angle you must first understand its basic structure. Look past all the distracting details and visualize the underlying forms. This ability to simplify can be applied to the features of the face, but when starting the drawing you could look even further. Ignore even the features and simplify to the most basic form of the head. I use a method taught by Andrew Loomis in his book, “Drawing the Head & Hands”. The head deconstructed into its basic forms, is a sphere as the cranium and a block as the jaw and cheek bones. A Sphere as the Cranium The sides of the head are flat, so we can slice off a piece from both sides of the ball. A Block as the Jaw and Cheek Bones Attach the shape of the jaw. Constructing From Any Angle Step 1 – Determine the angle of the ball The angle of the head is established at the very beginning of the drawing with the ball. X Axis - The up and down tilt is established by the angles of the horizontal and vertical lines in the oval.

Early Human Evolution: Early Human Culture Paralleling the biological evolution of early humans was the development of cultural technologies that allowed them to become increasingly successful at acquiring food and surviving predators. The evidence for this evolution in culture can be seen especially in three innovations: Tool Making Some chimpanzee communities are known to use stone and wood as hammers to crack nuts and as crude ineffective weapons in hunting small animals, including monkeys. However, they rarely shape their tools in a systematic way to increase efficiency. The most sophisticated chimpanzee tools are small, slender tree branches from which they strip off the leaves. These twigs are then used as probes for some of their favorite foods--termites and ants. Throughout most of the Homo erectus geographic range, there is clear evidence of progressive improvement in tool making over time.

Do-It-Yourself DNA | STEM Activity Have you ever wondered how scientists get a sample of DNA from a plant, animal, or other organism? All living organisms have DNA. DNA, which is short for deoxyribonucleic acid, is the blueprint for almost everything that happens inside the cells of an organism — overall, it tells the organism how to develop and function. This activity is not appropriate for use as a science fair project.

How To Teach a 5 to 10 Year Old To Draw a Person The ‘Obvious’ Is Always Overlooked Take a quick look at your student’s or child’s drawing of a person. Ask the ‘obvious’ questions. “Are all the parts assembled in the ‘right’ place?” How Do YouTo Teach a 5 to 10 Year Old To Draw a Person ? All these questions can have a ‘right’ answer if we approach figure drawing with a basic model. Start with the Basic Artabet Model Person. Watch this video and see What You Can Do with the Artabet Model Now it is time to draw the Artabet Model and add the details that will make it ‘Someone”. Like a Pirate ! Age 7 Pirate Drawing Using the Artabet Model (one arm extended) Arms extend from the shoulders, not the ribs. Three Lines and A Character Check Out the Space Person: Using the Artabet Model ‘Val’ ( from the Free Valentine Teacher Holiday Pack) Artabet Model Drawing Age 6 ‘From the Land of Ice and Snow’ Age 6 drawing using the Artabet Model. Now Let’s Take a ‘STEP’ One foot is higher than the other, this makes it look like she is stepping forward. I found it!