Motivation is Overvalued. Environment Often Matters More. It can be tempting to blame failure on a lack of willpower or a scarcity of talent, and to attribute success to hard work, effort, and grit. 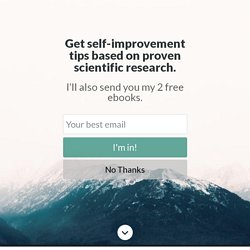 To be sure, those things matter. What is interesting, however, is that if you examine how human behavior has been shaped over time, you discover that motivation (and even talent) is often overvalued. In many cases, the environment matters more. Let me share an example that surprised me when I first learned of it. The Shape of Human Behavior In his award-winning book, Guns, Germs, and Steel, scientist Jared Diamond points out an obvious fact: different continents have different shapes. For example, the general shape of the Americas is north-south. Meanwhile, the land mass that makes up Europe, Asia, and the Middle East is the opposite. The Remarkable Power of Environment When agriculture began to spread around the globe, farmers had a much easier time expanding along east-west routes than along north-south routes. The Invisible Hand. Learn Japanese, learn katakana and the o-koto. 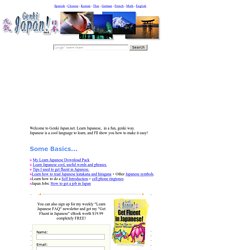 Learn Japanese, in a fun, genki way. Japanese is a cool language to learn, and I'll show you how to make it easy! Some Basics... My Learn Japanese Download Pack Learn Japanese cool, useful words and phrases. Tips I used to get fluent in Japanese. Learn how to read Japanese katakana and hiragana + Other Japanese symbols. Learn how to do a Self Introduction.+ cell phone ringtones Japan Jobs: How to get a job in Japan Learn Japanese with Songs: WARNING: One listen and these songs will stick in your head all day. Latest Learn Japanese FAQs Learn Japanese with Games The best way to learn. If you're a teacher in Japan, your students might like the original versions of these games. Japanese Food Videos Cool Japan Videos Some videos of some of the more unusual, but cool, things you see as you travel round Japan!

My Favorite Japanese Materials Reviews. Build a Trustworthy Design Process — The Year of the Looking Glass. About four years ago, the arrival of three new grads from the University of Washington—Drew Hamlin, Francis Luu, and Joey Flynn—changed the DNA of the Facebook design team forever. 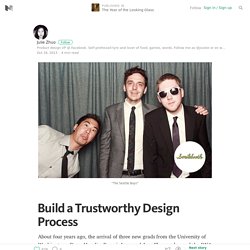 It wasn’t the fact that they brought flavors of sitcom life into the office (though they did all work and live together in an apartment called Cloud City) or that they were heavyweights in the boxing ring of design (as talented as they were), or even that they were really really ridiculously good…er at puns (Drew today: “honor roll” to describe something that was, well, on a roll). Pencil Kings. Chapter 1: The Right Tools. Bad news: you don't draw a single pixel in this chapter! 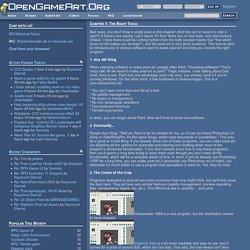 (And this isn't a reason to skip it, right?) If there's one saying I can't stand, it's that "there are no bad tools, only bad workers. Indeed, I think there could be nothing further from the truth (except maybe that "that which does not kill makes you stronger"), and the pixel-art is very good evidence. This tutorial aims to introduce you to various software used to make pixel-art and help you choose the right program. 1.

When selecting software to make pixel-art, people often think: "Choosing software? * You can't open more than one file at a time * No palette management * No layers or transparency * No non-rectangular selections * Few keyboard shortcuts * Terrible ergonomics. 5 ways to beat procrastination. We've all been there. 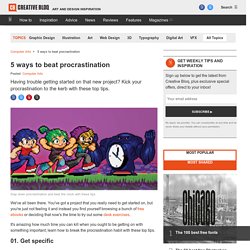 You've got a project that you really need to get started on, but you're just not feeling it and instead you find yourself browsing a bunch of free ebooks or deciding that now's the time to try out some desk exercises. It's amazing how much time you can kill when you ought to be getting on with something important; learn how to break the procrastination habit with these top tips. 01. Get specific Ask yourself some searching questions. 02. Freeplane Tutorial Extensions. If you are not English: see Translated wiki pages if this tutorial has been translated into your language. 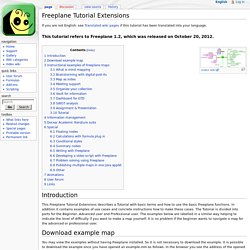 This tutorial refers to Freeplane 1.2, which was released on October 20, 2012. This Freeplane Tutorial Extensions describes a Tutorial with basic terms and how to use the basic Freeplane functions. In addition it contains examples of use cases and concrete instructions how to make these cases. The Tutorial is divided into parts for the Beginner, Advanced user and Professional user. The examples below are labelled in a similar way helping to indicate the level of difficulty if you want to make a map yourself. You may view the examples without having Freeplane installed. What is mind mapping Mind mapping is a technique for collecting, developing and sharing ideas (like the plot of a story or threads of a new idea) in a visual map. The mind map on the right shows you some of the processes involved.

The advantages of Freeplane are presented in the mind map, as hidden information. Tutorial. Alpha: Computational Knowledge Engine.