Monday Thru Friday: Here’s hoping that they accepted his refusal of his denial 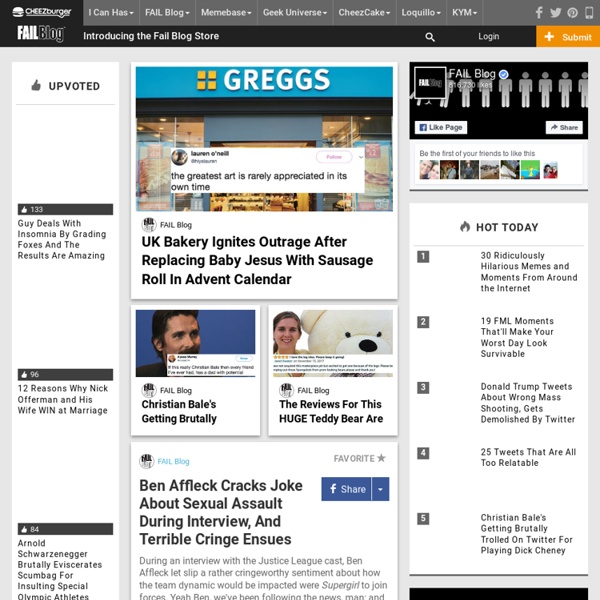 Bound By Tradition On 20 October 1998, the Zhiqiang Shoe Factory in Harbin, China sent out a press release stating that they were officially halting production of a curious variety of footwear known as “lotus shoes.” This announcement may appear pedestrian to Western eyes, but in a way it was a symbolic epitaph for a bizarre custom which had been in practice in parts of China for about a thousand years: a process known as foot binding. Until the mid-twentieth century, a girl born into an affluent family in China was almost certain to be taken aside sometime in her first few years to begin a process of sculpting her feet into tiny, pointed “lotus” feet. This body modification was intended to attract suitors and flaunt one's upper-crusty status. Generations of trial and error led practitioners of foot binding to master the craft of twisting and reshaping a young girl's sole. Foot binding was usually conducted in winter months so that the cold could be used to help numb the injuries and prevent infection.

Why So Grumpy, Chicken Hat Man? Aug 5th 2010 By Bonnie Biess During our reportage of the Great British Beer Festival , we came across many different characters; but there was one man so superior that we couldn't stop thinking about him. Who is this grumpy man in a chicken hat? And why is he so unhappy while surrounded by all that beer? Rage Comics Most Upvoted 243 votes This 78-Year-Old Granny Has the Reaction to Roller Coasters We Can All Relate to Top 100 April Fool's Day Hoaxes Of All Time We've researched the entire history of April Fool's Day and selected its top 100 hoaxes ever, as judged by creativity, historical significance, the number of people duped, and notoriety. The first version of this list was created in the late 1990s. Over the years it's been revised a number of times, based upon reader feedback and ongoing research. The most recent major revision occurred in March 2015. Other April Fool resources at the Museum include: the April Fool Archive (a year-by-year archive of the entire history of the celebration), the Origin of April Fool's Day, the April Fool FAQ, and the Top 10 Worst April Fools Ever. Also, you can find more info about most of the hoaxes in the Top 100 list by clicking their title or thumbnail.

12 Totally Bizarre Earrings Ok, we just had to start this list with these earrings. I know everybody loves Chuck Norris, but wearing him in your ears? A supporter of U.S. Senate Majority Leader Harry Reid (D-NV) was caught wearing Chuck Norris earrings during a campaign event at the Searchlight Nugget Casino in Searchlight, Nevada. How about wearing an ear in your ears? memes 1148 featured, 129572 upcoming 580 featured, 257549 upcoming 548 featured, 277752 upcoming 424 featured, 34714 upcoming I can't apologize enough. on the Behance Network Artist David Fullarton was born in Scotland and currently resides in San Francisco. His experiences in both places inspired him to create a series of mixed media drawings which highlight a key difference in those cultures. "Although I’m British," says Fullarton, "I’ve lived in the USA for the last 17 years, which means I come from a place where everyone constantly apologizes for everything, and I live in a place where no one ever apologizes for anything." The series, which he has been working on for the past two years, depicts people apologizing for an array of reasons—some humorously benign while others are melancholic or even caustically indignant. His work is an exploration of the possibilities of the contextless phrase, and a provocation to think about the larger narrative in which the apologies were based in.

10 Wackiest Rings Blinking Eyeball Rings These PYGMY robot rings were developed at Keio University in Japan. They blink according to different settings, including voice recognition, finger activity and remote control. People Are Awesome: The Coffee Shop Where Everyone Pays for Everyone Else's Drinks - News The main conceit of the 2000 Kevin Spacey film Pay It Forward is that if one person does a kindness for three strangers, and those three people each do kindnesses for three strangers, and so on, one person can change the world. Rarely do we see this acted out in the real world the way it was cinematically—one scene finds a man giving away his brand-new Jaguar to a guy having car troubles—but on a smaller scale, these sorts of random niceties happen far more often than you might think. Today, it's selflessness at a small coffee house in Bluffton, South Carolina. It all started two years ago at Corner Perk, a small, locally owned coffee shop, when a customer paid her bill and left $100 extra, saying she wanted to pay for everyone who ordered after her until the money ran out. The staff fulfilled her request, and the woman, who wishes to remain anonymous, has returned to leave other large donations every two to three months. "People will come in and say, 'What do you mean?

8 Wackiest Feminine Fashion Accessories for Men Men's Heels The other day, the NY Times ran a piece on fashion at some of the hippest, exclusive parties in town – and noted that countless men attending them were wearing high heels. Mind you, we're not talking Simon Cowell-high type of shoes, but heels that would probably make even a woman feel dizzy. Some of them are lucky enough to fit into designer sample/women's sizes, but others have to look everywhere to find a manufacturer willing to customize their offering to fit them. 14 Hilarious Eyebrow Fails - Oddee.com (eyebrow, hilarious fails) (Source) That's a nice eyebrow for a mugshot. This is a uni-beard-brow. (Source)

The Girl That Snuck Into a Russian Rocket Factory The internet is quickly becoming smitten with a young photographer/urban explorer who broke into an unguarded rocket facility in Russia. Jesus Diaz at Gizmodo writes: Her name is Lana Sator and she snuck into one of NPO Energomash factories outside of Moscow. Her photos are amazing, like sets straight out of Star Wars or Alien. Now the Russian government is harassing her. It was easy to get in. 10 Unbelievable Girls Who Look Like Dolls Everyone meet Dakota Rose; she's a 19-year-old girl who goes by KotaKoti and looks a lot like a Barbie doll… KotaKoti's incredible resemblance to Barbie has made her very popular in countries like Japan and China, where she has been featured on several news networks. Considered a cosplayer by a lot of her fans, the 19-year-old says she dresses like this pretty much all the time and she doesn't mind it when people look at her funny. At 15, Venus Palermo has grown into her doll obsession rather than out of it. Under the screen name Venus Angelic, the London-based teenager posts beauty tutorials on YouTube for fans who want to look like her.

A tasteful blend of FAIL, the Beatles (well A Beatle) and my favourite blogger, Allie Brosh. by literographer Jan 19