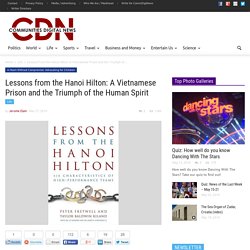 Hoa Lao prison, otherwise known as “the Hanoi Hilton,” was the notorious North Vietnamese prison where more than 650 American servicemen were held during the Vietnam War. Captives endured endless cycles of interrogation and torture, and crushing loneliness. The North Vietnamese kept the Prisoners of War in almost complete isolation, rarely seeing or speaking to other POWs. Almost all of the POWs at Hoa Lao were American pilots shot down over North Vietnam. Senator John McCain, Vice Admiral James Stockdale, Brigadier General Robinson Risner, Colonel Bud Day, Lieutenant Colonel Orson Swindle and Colonel Leon Ellis were all prisoners in Hoa Lao.

On October 26, 1967, John McCain was a thirty-one year old lieutenant commander in the United States Navy. In a 1973 interview with U.S. Fionavar fan art. Norse Mythology for Smart People - The Ultimate Online Resource for Norse Mythology and Religion. Barefoot in the Head: Amazon.co.uk: Brian Aldiss: 9780571246465: Books.

Aldiss's father ran a department store that his grandfather had established, and the family lived above it. 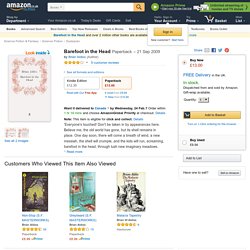 At the age of 6, Brian was sent to board at West Buckland School in Devon, which he attended until his late teens. In 1943, he joined the Royal Signals regiment, and saw action in Burma; his encounters with tropical rainforests at that time may have been at least a partial inspiration for Hothouse, as his Army experience inspired the Horatio Stubbs second and third books. After World War II, he worked as a bookseller in Oxford. Besides short science fiction for various magazines, he wrote a number of short pieces for a booksellers trade journal about life in a fictitious bookshop, and this attracted the attention of Charles Monteith, an editor at the British publishers Faber and Faber.

Apocalyptic Discourse in Contemporary Culture: Post-Millennial Perspectives ... This interdisciplinary collection of essays focuses on critical and theoretical responses to the apocalypse of the late twentieth- and early twenty-first-century cultural production. 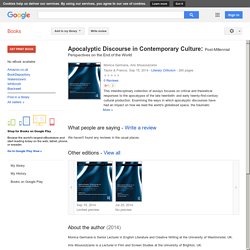 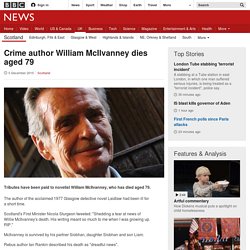 Top 100 Most Difficult Novels. 99 Classic Books Challenge - How many have you read. Fox fable beats bestsellers to win Waterstones book prize. Image copyright Penguin A fable about friendship and loss has beaten bestselling novels The Girl on the Train and Go Set a Watchman to be named Waterstones Book of the Year. 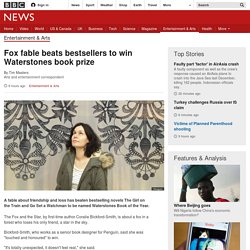 The Fox and the Star, by first-time author Coralie Bickford-Smith, is about a fox in a forest who loses his only friend, a star in the sky. Bickford-Smith, who works as a senior book designer for Penguin, said she was "touched and honoured" to win. One Hundred Best American Novels, 1770 to 1985 (a Draft) - David Handlin. Ten Neglected Classics - The Editors. Alanna: The First Adventure (Song of the Lioness): Amazon.co.uk: Tamora Pierce: 9781442426412: Books. Setting a country alight: Indonesia's devastating forest fires are manmade. We are witnessing the worst manmade environmental disaster since the BP gulf oil spill. 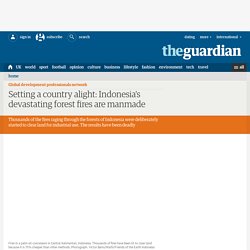 Huge, out-of-control fires rage through the forests of Indonesia – and the source of many is the practice of deliberately burning the land to clear it for palm oil and paper products. Thousands of fires have been lit to clear land simply because it is 75% cheaper than other methods. By burning down forests companies can get access to the land and can commence industrial pulp and palm oil plantations. Depressed and Waiting for Motivation to Arrive. Amazon opens physical bookshop in Seattle. Image copyright Amazon Amazon is opening a bookshop in Seattle in a move it described as a "physical extension" of its business. 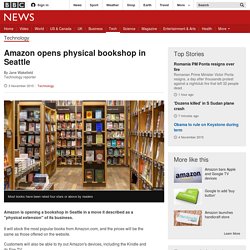 It will stock the most popular books from Amazon.com, and the prices will be the same as those offered on the website. Customers will also be able to try out Amazon's devices, including the Kindle and its Fire TV. Rival bookseller Waterstones said it hoped the venture "falls flat on its face". Amazon Books vice-president Jennifer Cast announced the online giant would open its "real, wooden doors" at the Seattle University Village on 3 November. "Amazon Books is a physical extension of Amazon.com. Time to Stand Up: An Engaged Buddhist Manifesto for our Earth – The Buddha’s Life and Message through Feminine Eyes – Book Review.

A few chapters into the newly published Time to Stand Up, I joined the Sierra Club, one of America’s largest and oldest environmental groups. 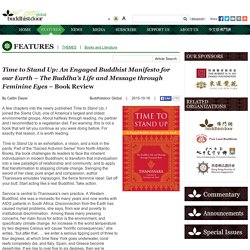 About halfway through reading, my partner and I recommitted to a vegetarian diet. Fair warning: this is not a book that will let you continue as you were doing before. For exactly that reason, it is worth reading. REVIEW : Spill Simmer Falter Wither by Sara Baume - Upcoming4.me. It's not often that a book by a completely unknown author can leave you completely breathless. 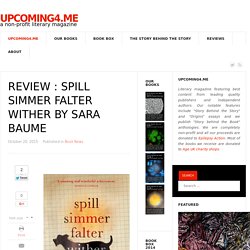 Sometimes, and just sometimes, you find one that will make you fall in love with it.