Dan's Library. Henry Miller Makes a List of "The 100 Books That Influenced Me Most" Take a survey of a hundred writers from the mid- to late-twentieth century about the books that influenced them most and you’re bound to find plenty of Henry Miller tucked in with the Victorians, the Russians, and the Beats. 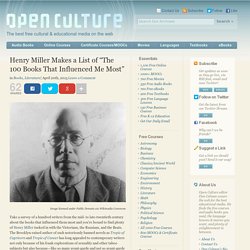 The Brooklyn-raised author of such notoriously banned novels as Tropic of Capricorn and Tropic of Cancer has long appealed to contemporary writers not only because of his frank explorations of sexuality and other taboo subjects but also because—like so many avant-garde and not so avant-garde writers after him—he had the audacity to present his own life and loves as literary material. Chris Hedges: Written, Recommended, Referenced or Read (103 books) Ten Funny Books You May Not Have Read. What are the funniest books ever written? 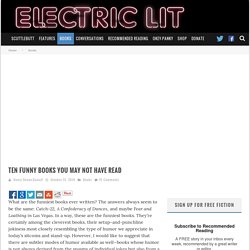 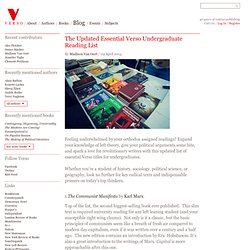 Expand your knowledge of left theory, give your political arguments some bite, and spark a love for revolutionary writers with this updated list of essential Verso titles for undergraduates. Whether you're a student of history, sociology, political science, or geography, look no further for key radical texts and indispensable primers on today's top thinkers.

The Very Best Cookbooks of the Year - Corby Kummer. A guide for chefs and food lovers alike Gran Cocina Latina: The Food of Latin America, by Maricel E. 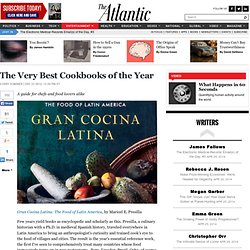 Presilla Few years yield books as encyclopedic and scholarly as this. Presilla, a culinary historian with a Ph.D. in medieval Spanish history, traveled everywhere in Latin America to bring an anthropologist's curiosity and trained cook's eye to the food of villages and cities. The result is the year's essential reference work, the first I've seen to comprehensively treat many countries whose food increasingly turns up in new restaurants--Peru, Ecuador, Brazil, Cuba, of course Mexico--along with cuisines we never see, like those of Nicaragua, Uruguary, Paraguay. Staff Picks. The Lives of Things by Jose Saramago Staff Pick Originally published in Portuguese in 1978 (as Objecto Quase), The Lives of Things collects six short stories that are amongst the earliest of José Saramago's writings to have yet been translated into English. 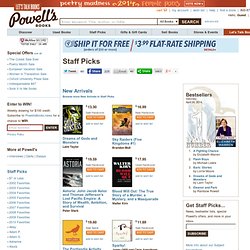 Released the year after Manual of Painting and Calligraphy (long out of print in English, but recently republished) and some four years before his epic Baltasar and Blimunda, The Lives of Things finds the Portuguese Nobel laureate experimenting with and developing the style that would later come to define his career. Saramago seldom wrote in the short story format, so in addition to glimpsing some of his earlier writing, this volume also makes for a curious entry in a body of work made up of predominantly full-length novels. 10 Wonderful Russian Novels You Probably Haven’t Read. As you’ve no doubt heard by now, the 2014 Winter Olympics start tomorrow in Sochi, Putin’s favorite vacation spot. 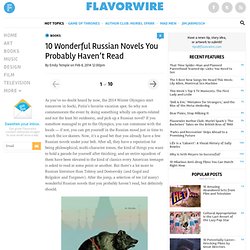 So why not commemorate the event by doing something wholly un-sports-related and not the least bit outdoorsy, and pick up a Russian novel? 5 Black Children’s Authors and Illustrators You Should Know. By Alicia Barnes, liciabobesha.com Black people are doing great things in all fields though that’s not often the story we hear. 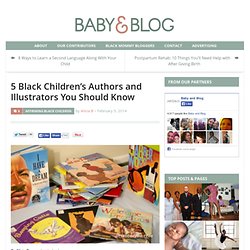 That’s why I turn to black storytellers to make sure my son’s exposed to beautiful images and stories written by people and featuring characters who look us. 35 Perfect Examples of the Art of the Short Story. People can argue all day about the greatest novels, but there is never enough discussion about short story collections. 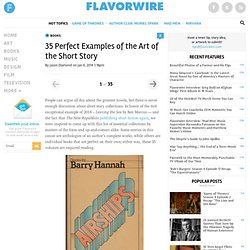 In honor of the first exceptional example of 2014 – Leaving the Sea by Ben Marcus — and the fact that The New Republicis publishing short fiction again, we were inspired to come up with this list of essential collections by masters of the form and up-and-comers alike. Some entries in this canon are anthologies of an author’s complete works, while others are individual books that are perfect on their own; either way, these 35 volumes are required reading. Dedicated To Real Hip Hop. The 100 greatest novels of all time: The list. 1. 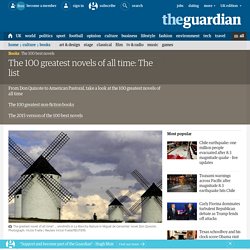 10 of the Greatest Essays on Writing Ever Written. If there’s one topic that writers can be counted on to tackle at least once in their working lives, it’s writing itself. 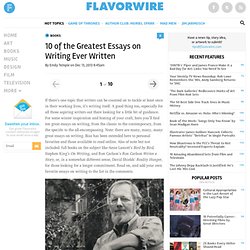 A good thing too, especially for all those aspiring writers out there looking for a little bit of guidance. The Weekly Ansible, 50 Sci-Fi & Fantasy Works Every Socialist Should Read (by China Mieville) 50 Books That Define the Past Five Years in Literature. Five years ago this month saw the publication of Roberto Bolaño’s 2666 in English — which made it one of those rare moments when you could walk into a coffee shop, step onto a bus, or enter a bookstore and find someone raving about or devouring an ambitious novel that topped a thousand pages. Writers and critics on the best books of 2013. Chimamanda Ngozi Adichie. Share Book Recommendations With Your Friends, Join Book Clubs, Answer Trivia. Dr.Henry A. Giroux-Books. Books ______________________________________________________________ 57. America's Education Deficit and the War on Youth: Reform Beyond Electoral Politics Monthly Review Press (2013) New!

Dystopian fiction has enjoyed a renaissance in these scary post-9/11 times, and the fact that The Hunger Games: Catching Fire is sure to destroy all competition at the box office is a testament to the fact that, weirdly enough, fiction set in some post-apocalyptic world run by some totalitarian government has occupied the same place in the current cultural zeitgeist as otherworldly monsters like vampires and zombies. Although the books were initially written for teenagers, adults have helped make The Hunger Games a cultural phenomenon.

David Bowie's must-read books revealed. As a new version of the exhibition David Bowie Is opens this week at the Art Gallery of Ontario, curators have revealed a list of his top 100 must-read books, giving a fascinating insight into the mind of the influential musician and style icon.