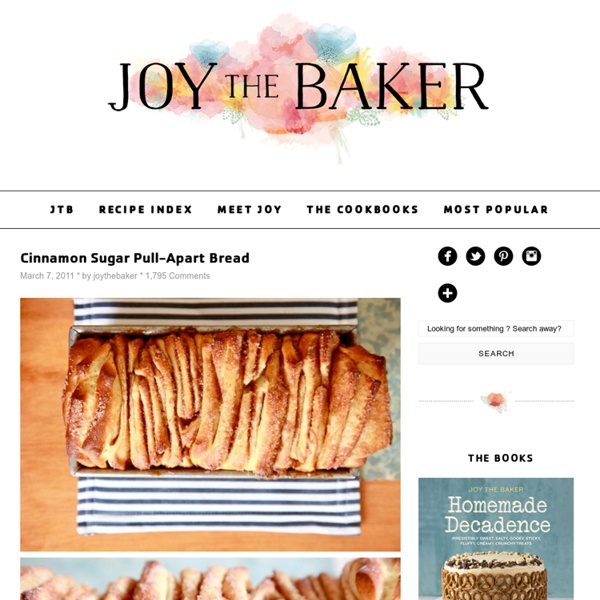 I’m sorry. I know it’s Monday morning and you probably came here for some pretty pictures of food that you could glance at, and then move on with your day… and here I go thrusting warm, soft cinnamon sugar bread in your face. It’s not fair. I know it’s not fair. I know that now you’re craving cinnamon rolls, and cream cheese frosting and chili fries and hot dogs. I am too… and I already ate half of this warm bread. You don’t deserve this sort of torture. This bread hits all the comfort spots in my soul. I’m sorry and you’re welcome and I love you. Let’s start at the beginning. I did this all without the use of a stand mixer and dough hook. This dough can be made and left to rise , then refrigerated overnight for use in the morning. This is the dough just before it’s left to rise. After the dough has rested and risen for an hour, I knead it in a few tablespoons of flour. This is the part in the bread process where you can wrap the dough and place it in the fridge to rest overnight.

Greek Yogurt Cheesecake with Pomegranate Syrup Recipe yield Makes 8 to 10 servings Greek yogurt lends an unexpected tanginess to this light no-bake cheesecake. Use pomegranate juice that has been flash-pasteurized (such as Pom); fresh juice can turn brown when cooked.

Build/Make/Craft/Bake: How-to: Hammered flower and leaf prints Get out the hammer, it's how-to Tuesday and we have some botanical prints to make! I learned this technique, which makes an image using the natural dyes in plants, from my college roommate Sarah. It's great for making cards or simple botanical prints. Actually, you'll need a little more than just a hammer. Here's a supply list: flowers or leaves to printwatercolor or other rough, acid-free paperselection of hammers (including ball-peen or cross-peen, if possible)hard work surface (cutting board, slab of wood, etc.)paper towelsscissorspentweezers or toothpicksacrylic finishing spray (optional)

in the kitchen with: rigetta klint’s Æblekage I was having lunch at an Italian restaurant last week when everyone at our table was attracted by the fig dessert on the menu. The waiter broke the news that it is too early for figs, but at the end of the apple season, so why not try an apple dessert. After her very popular beetroot pesto in March, Rigetta Klint, founder of Slow Fashion House, has shared her version of a traditional and very popular Danish dessert, æblekage.

Hi Hat Cupcakes I did it. I finally made them. Hi Hat Cupcakes have consumed my cupcake thoughts since I first saw their tall chocolate dipped tops online after I started blogging. But, I have to tell you, I’ve been nervous to make them. They scare me. I knew for sure I would screw them up and end up with a melted mess. From Scratch Rum Cake Recipe (Homemade Tortuga Rum Cake Copycat) My recipe for Homemade Rum Cake started with a shopping spree at TJ Maxx. See...sometime back in November I made the mistake of buying a tiny box of Tortuga rum cake that I saw on sale at our nearby store. It looked tempting, so I brought it home and opened the box for a small taste of cake before dinner. And it was incredible! Eugene witnessed my minor freak-out as I raved over the moist, golden rum cake studded with a tiny sprinkle of crushed walnuts. Before I knew it, I had eaten the entire cake and was walking around the room with a happy buzz.

Orange rolls cooked in oranges over a fire First, a big giant welcome to all the new users from Pinterest and Pillsbury. I hope you enjoy TrulySimple and let me know what you think. We Went camping with our friends to Pismo Beach state park over the weekend and had a great time. We love Pismo Beach and especially love eating at Splash’s Cafe. They have the best clam chowder in the world. Chocolate Chip, Apricot and Hazelnut Cookie Slices With Halloween being just one week behind us it seems a little bit crazy to be putting up a recipe that features chocolate in any form. Last Sunday and Monday I made a valiant effort to reduce the number of little chocolate bars that were hanging around and Max and Glen joined in to help. I ate mini Kit Kats and Oh Henrys and Aeros and even a Tootsie Roll or two.

Nutella Cinnamon Rolls May 10, 2011 | Print | E-mail | Filed under bread, nutella There are some days that I just lose my appetite. It might be because of my mood, or that nothing sounds good, or that I’m in a food rut again and need to spice things up a bit. When my appetite comes back though, what I’m inevitably craving is some sort of comfort food. Yesterday happened to be one of those days, and by the end of the day all I could think about was a warm cinnamon roll fresh from the oven. Fortunately, over the weekend I whipped up a batch of my go-to recipe…only this time, I halved the recipe so that I’d only get 3 pans of rolls instead of 6.

Dark Chocolate Waffles Recipe Preheat oven to 250°F. Whisk flour, cocoa powder, brown sugar, baking powder, baking soda, and salt in a large bowl. Make a well in the center and add egg yolks, buttermilk, oil, and vanilla. Teardrop Christmas Ornaments [ Close Privacy Policy ] Privacy Policy / Your California Privacy Rights Revised and posted as of March 4, 2013 Prime Publishing, LLC ("Company," "we" or "us") reserves the right to revise this Privacy Policy at any time simply by posting such revision, so we encourage you to review it periodically. In order to track any changes to this Privacy Policy, we will include a historical reference at the top of this document. This Privacy Policy will tell you, among other things: Your California privacy rights.