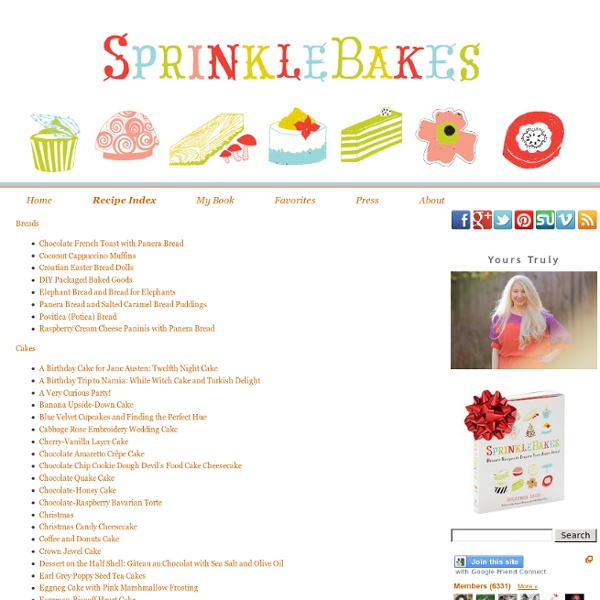 in the kitchen with: cenk’s devil’s food cake Cenk Sönmezsoy is the detail-oriented chocoholic behind the lovely food blog, Cafe Fernando. The first time my friend sent me a link to the blog, I thought, “Why is she sending me to some shop’s website??” But then the page loaded and I was bowled over by all the beautiful chocolate concoctions I saw, click after click. Given his penchant for chocolate, it only made sense for Cenk to offer us a dramatic devil’s food cake with ginger-spiced ganache. Do you know many people who can resist a chocolate layer cake with a luscious ganache? The only person I ever met who could was allergic to chocolate. — Kristina About Cenk Sönmezsoy: Cenk Sönmezsoy is a food blogger, photographer, food stylist and a shameless chocoholic from İstanbul, Turkey. CLICK HERE for the full recipe after the jump! Devil’s Food Cake with Whipped Biscoff Ganache and Chocolate Shards Yields one 8-inch, two-layer cake Serves 8-10 For the Devil’s Food Cake For the Whipped Biscoff* Ganache For the Chocolate Shards 1. 2. 3. 4.

Baking Obsession These are very tasty cookies – buttery, sweet, crumbly, with a distinct coconut flavour and a hint of lemon in the filling. They are sort of a cross between jam tarts, sugar cookies, and crumbles. I spotted the idea in the Gourmet magazine, but their recipe was a bit off and I also needed to replace almonds, so that’s what I’ve come up with. Miniature food, although always cute, can be a pain to unmold. If you can’t really trust your mini muffin pan, if it caused a trouble before, I advise you to line the bottoms of the molds with parchment circles. It’s easier than it might seem, just fold a strip of parchment accordion style, and then cut out many circles at once. Continue with the recipe »

Cakes | Bakers Royale - Part 4 Archive for the ‘Cakes’ Category Apple Pan Dowdy By Judith Hausman, Urban Farm contributor Wednesday, Oct. 30, 2013 Photo by Judith Hausman Apple pan dowdy makes a great dessert. This 19th century recipe for apple pan dowdy, aka cottage pudding with apples, caught my eye in an historic cookbook when I was trawling for an old-fashioned dessert that wasn't a pie. Cottage pudding is actually a simple cake; maybe the word "pudding" was used as the British use it, to mean any and all desserts? Typically, this recipe would be topped with a cornstarch-thickened sauce, maybe lemon, butterscotch or vanilla-flavored. This is a recipe you might find on a stained index card in your grandmother’s collection. This recipe is adapted from The Fannie Farmer Cookbook, 6th edition, published by Little, Brown and Co. Servings: 8 1/4 cup butter 1/2 cup sugar 1 egg 1 cup milk 2 1/4 cup flour 4 teaspoons baking powder 1/2 teaspoon salt 2 medium apples, peeled, if desired, and sliced 2 tablespoons brown sugar 1/4 teaspoon cinnamon & nutmeg Cornmeal Apple Pancakes