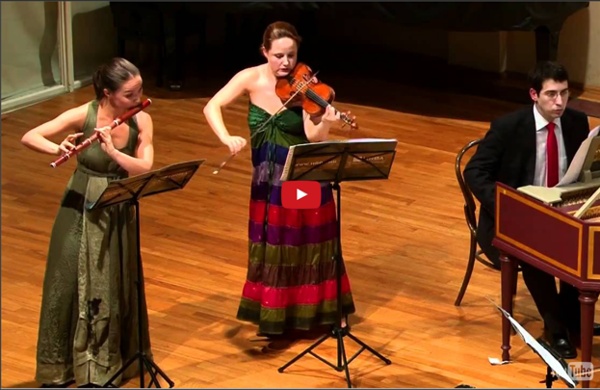 Concerto The etymology is uncertain, but the word seems to have originated from the conjunction of the two Latin words conserere (meaning to tie, to join, to weave) and certamen (competition, fight): the idea is that the two parts in a concerto, the soloist and the orchestra or concert band, alternate episodes of opposition, cooperation, and independence in the creation of the music flow. The concerto, as understood in this modern way, arose in the Baroque period side by side with the concerto grosso, which contrasted a small group of instruments with the rest of the orchestra. The popularity of the concerto grosso form declined after the Baroque period, and the genre was not revived until the 20th century. The solo concerto, however, has remained a vital musical force from its inception to this day.