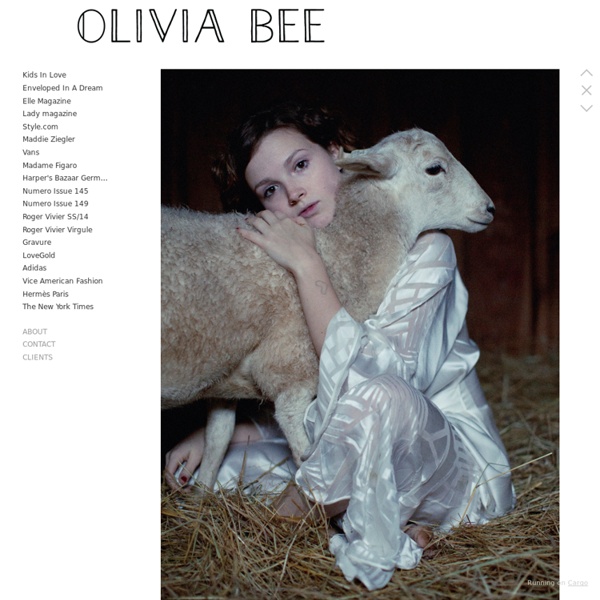 Chris Jordan Exploring around our country's shipping ports and industrial yards, where the accumulated detritus of our consumption is exposed to view like eroded layers in the Grand Canyon, I find evidence of a slow-motion apocalypse in progress. I am appalled by these scenes, and yet also drawn into them with awe and fascination. The immense scale of our consumption can appear desolate, macabre, oddly comical and ironic, and even darkly beautiful; for me its consistent feature is a staggering complexity. The pervasiveness of our consumerism holds a seductive kind of mob mentality. As an American consumer myself, I am in no position to finger wag; but I do know that when we reflect on a difficult question in the absence of an answer, our attention can turn inward, and in that space may exist the possibility of some evolution of thought or action. ~cj, Seattle, 2005

INFO - Airyka Rockefeller Airyka Rockefeller is from a small island in the Pacific Northwest. She graduated from Sarah Lawrence College in New York with a BA in cultural studies and photography, and received her MFA from California College of the Arts in 2005. Rockefeller's art works turn attention to repurposed landscapes, worldly metamorphosis, and the paradigms between the symbolic and factual value of things and places. Her ongoing series of self-portraits, Between Or Before, was recently included in Auto Focus: The Self-Portrait in Contemporary Art, a publication by Susan Bright, and a photograph from the same project is featured on the cover of Photo World magazine from China for their March 2014 issue. Rockefeller has lectured at U.C.Berkeley and California College of the Arts as well as led photography workshops at Peabody Essex Museum in Salem and the Contemporary Jewish Museum in San Francisco.

: Irina Werning Un ordre qui, loin de lutter contre le désordre, ne fait qu'un avec lui (Pontalis) cole rise E.J. BELLOCQ: "'Bellocq Epoque' - Nan Goldin on Photographer E.J. Bellocq" (1997) By Nan Goldin, Originally Published in ArtForum, May, 1997 Late one Berlin night in 1991, a famous German fashion photographer invited me and two friends to join him for a trip to Bel Ami, his favorite brothel in the Grunewald. The presence of a woman as a customer created a ripple of surprise, but the photographer, being a regular and popular visitor, put them at ease. Glossy prints of his published photographs of the house, group portraits of the “girls” who worked there and the pimp (“host”), were hanging on the walls. We drank overpriced splits of cheap champagne with the girls in the living room while chatting about the most mundane aspects of Berlin life. In October 1996 a gorgeous new book of Bellocq’s photographs was published by Random House, much to the delight of all who have known his work since the early ’70s. Without Friedlander’s intervention, no one would know the work of E.J. Bellocq never betrays his respectful and nonjudgmental position in his portayal of the women.

Photography by Dave Engledow Dave Engledow joined 3 years ago, has been awarded 4 featured photos, was published in Fotoblur Magazine, has 1,006 followers, follows 320 other members, received 409,748 profile views, promoted 4,532 photos, and submitted 378 photos. Although I received a degree in photojournalism from the University of Texas at Austin, most of my professional life has been dedicated to progressive politics and workers' rights. I have never pursued any sort of career in photography, although I have had a small number of gallery exhibitions and scattered publication. I am relatively new to the world of digital photography--I was inspired to purchase my first DSLR about a year and half ago, upon learning that my wife was pregnant with our first child. Since the birth of our daughter Alice Bee in December 2010, the majority of my inspiration has stemmed from creatively documenting the first moments of her life in our family.

Half-Drag « Leland Bobbé Interview And Images In Gadzuna © Leland Bobbé An interview and images from many of my projects just came out in Gadzuna, an Italian publication that covers design, art, communication and digital culture. The article feature images from Half-Drag, Neo-Burlesque, Women of 5th Ave and street photography March 25th, 2014 Half-Drag on Image Source Blog/Trends 2013 Half-Drag was mentioned in a great article in the Image Source Blog by John O’Reilly to illustrate one of the five emerging photography trends from 2013 . . . the double take trend, comparing and contrasting of one kind or another. Half-Drag in The Blot An article about my Half-Drag seres is currently running in The Blot, a digital magazine focused “telling the truth” covering business, politics, culture and lifestyle. Half-Drag in STILE arte, Italy Half-Drag is now appearing in STILE arte, an Italian art and culture magazine. Half-Drag in Alfemminile, Italy All Images © Leland Bobbé Half-Drag in Beautiful Decay Heidi Glüm G Leland Bobbé