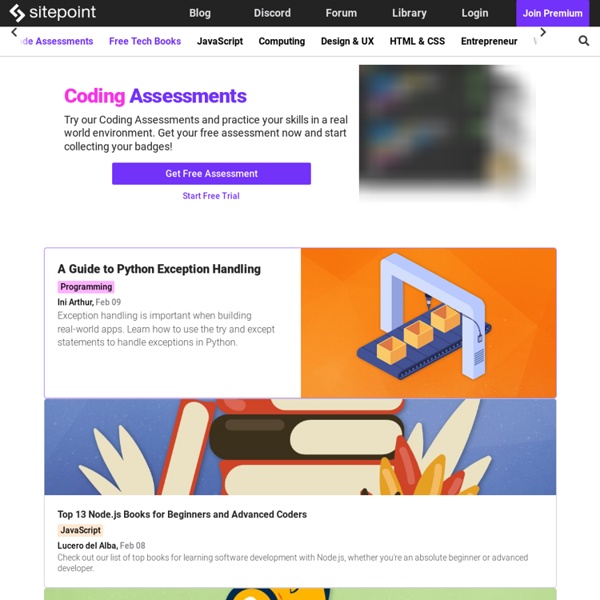 Your First Multi-Device Site   Creating multi-device experiences is not as hard as it might seem. In this guide, we will build a product landing page for the CS256 Mobile Web Development course that works well across different device types. Building for multiple devices with differing capabilities, vastly different screen sizes and interaction methods can seem daunting, if not impossible to get started. It is not as hard to build fully responsive sites as you think, and to show you, this guide takes you through the steps that you can use to get started. We have broken it into two simple steps: Defining the information architecture (commonly known as IA) and structure of the page,Adding design elements to make it responsive and look good across all devices.

Spring (operating system) Spring Research Distribution 1.0 CD cover Spring started in a roundabout fashion in 1987, as part of Sun and AT&T's collaboration to create a merged UNIX, both companies decided it was also a good opportunity to "reimplement UNIX in an object-oriented fashion".[1] However, after only a few meetings, this part of the project died. Sun decided to keep their team together and instead explore a system on the leading edge. In addition to combining Unix flavours, the new system would also be able to run just about any other system as well, and do so in a distributed fashion. The system was first running in a "complete" fashion in 1993, and produced a series of research papers.

Cloud Computing Topic Center Oracle identifies products affected by Heartbleed, but work remains on fixes Oracle has issued a comprehensive list of its software that may or may not be affected by the OpenSSL (secure sockets layer) vulnerability known as Heartbleed, while warning that no fixes are yet available for some likely affected products. Read more... Microsoft launches toolset for capturing 'ambient intelligence' Microsoft is targeting the growing volume of data being generated by both machines and humans: CEO Satya Nadella on Tuesday showed off tools that could help organizations better understand -- and profit from -- this trove of information.

Wonderful Machine Photography Blog Wonderful Machine More Are you a photographer? FOLLOW BY EMAILBlog 10 Fun Browser Games For Learning Web Development Danny Markov Playing video games often involves solving tricky problems with logical thinking and trial-and-error strategies. Can you think of something else that requires these skills? Hibernate (Java) Hibernate is a free software that is distributed under the GNU Lesser General Public License. Mapping Java classes to database tables is accomplished through the configuration of an XML file or by using Java Annotations. When using an XML file, Hibernate can generate skeleton source code for the persistence classes. This is unnecessary when annotations are used. Hibernate can use the XML file or the annotations to maintain the database schema. Hibernate supports the mapping of custom value types.

Is Antivirus Software a Waste of Money? Jeremiah Grossman is the kind of guy you’d expect to be super paranoid when it comes to computer security. He was on the front lines at Yahoo more than a decade ago when a hacker named MafiaBoy was abusing the site with DDoS attacks. Now Chief Technology Officer at security consultancy White Hat Security, Grossman spends his time fighting web intruders for his company’s clients. When it comes to computer security, he’s paranoid — and for good reason. Coding High density retina displays or screens, like Apple’s Retina Display, have lots of pixels in a small space that it is almost impossible see the pixelation, thus, displaying smoother images and texts. Although Apple offered it first on the market, manufacturers have been releasing similar devices recently to compete with Apple. When using Retina Display devices, you can see that other sites online appear blurry. This is because of the low-resolution images being stretched to fill the screen that makes the site look disgusting. A Retina Display scales 1px to 2px, making the size double. Read More