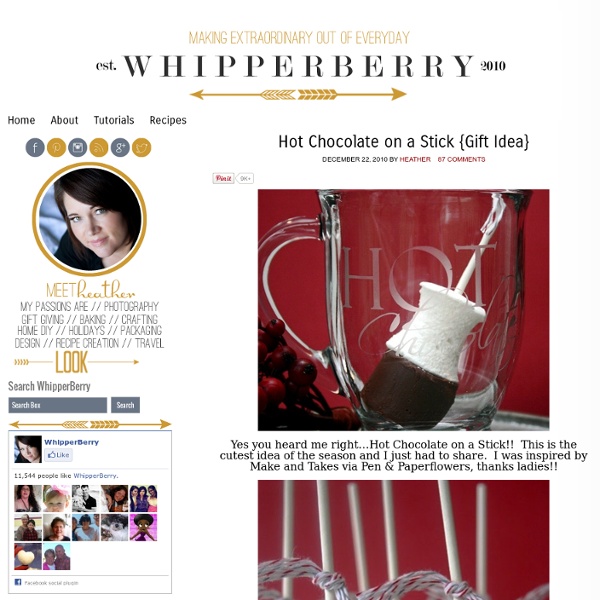 gimme some oven » Blog Archive apple nachos » gimme some oven On Friday night, I finished season six of Mad Men. At 2am. About a week after starting the season. On Netflix. College Party Recipes and Tutorials Here is the list of the Top 10 Alcoholic Drinks. Alcohol is definitely a staple for any college party. If there are no drinks, there is no party. Learn to make these and make sure there is liquor/beerat your parties. If there isn’t any, people WILL leave.

Homemade Baked Mozzarella Sticks Mozzarella sticks are a delicious treat, probably one of the most popular appetizers at restaurants, and a fun party food. They tend to be rather fattening, especially considering they are usually fried, but they are so irresistibly tasty. So how do you give in to the temptation that is mozzarella sticks without the guilt? Make healthy, Baked Mozzarella Sticks! The Comfort of Eggs in a Basket Eggs in a basket was the first meal I ever cooked. I was in 5th grade, and it was a Sunday morning at my best friend's house after a sleepover. We woke up hungry, and for some reason his parents weren't home. This confused me--my parents would never do that--but more important than confusion was the fact that I was terribly hungry, and I didn't see how that problem was going to be solved, since his house never had any cereal in it. "We'll make eggs in a basket," my friend said, pulling out a loaf of bread, a jug of oil, and a carton of eggs.

Cappuccino Cookie Dip Being that it is the day after Christmas, I have to ask; are you reading me on your spankin’ new computer/laptop/touchpad/smartphone/what am I missing? Did Santa deliver? I mean, did he deliver!? Chocolate Chip Cookie Dough Peanut Butter Cups Soooooo… you know that episode of Sex and the City where Miranda has to dump dish soap on top of chocolate cake just so she will stop eating it?? Uh. Yeeeeeah. These are like… of that caliber. And that totally almost happened to me. You PROBably should not make these if you are home alone for four days. Cheddar Bacon Ranch Pulls A few weeks ago I shared my recipe for Cinnamon Roll Pulls, a sweet pull apart bread. In the post I mentioned a savory cheesy version. I had several requests for the cheesy bread recipe. Well, you asked for it, you got it!

Foodbuzz 24, 24, 24: Chinese Buffet at Home It is no secret that I have an obsession with Chinese cuisine. The place that started it all was a local Chinese buffet here in Michigan. After frequent visits to the buffet over the years, I finally decided to take a stab at cooking my own Chinese dishes at home. The majority of the dishes were delicious and I began cooking different Chinese meals every week, but I had always wanted more variety just like the buffet. I had always wondered, “what if I could create a Chinese buffet at home?”

Mini Apple Pies Would you like to know what I’ve been doing for the past two hours? Sitting in the kitchen and staring at the Mini Apple Pies I’ve just made. I LOVE the way they look… so cute, adorable and so much fun to make. And I haven’t even started talking about the way they taste – it’s left me speechless… up till now… Just try making them – your family will love you and your kids will surely be awed and remember them for quite some time. Chocolate Chip Cheesecake Dip « Slice & Dice 6 Oct This dip might put me into rehab. It is so addicting.

Pepperoni Pizza Monkey Bread How do you make bread even better? You stuff it with pepperoni and cheese. Then, you bake it in a bundt pan that allows you to pull off little chunks and dip them in pizza sauce. This is the perfect thing to bring to a party (and I did, where it disappeared quickly!) or to eat during a football game. Or, make it for dinner and serve with a salad.