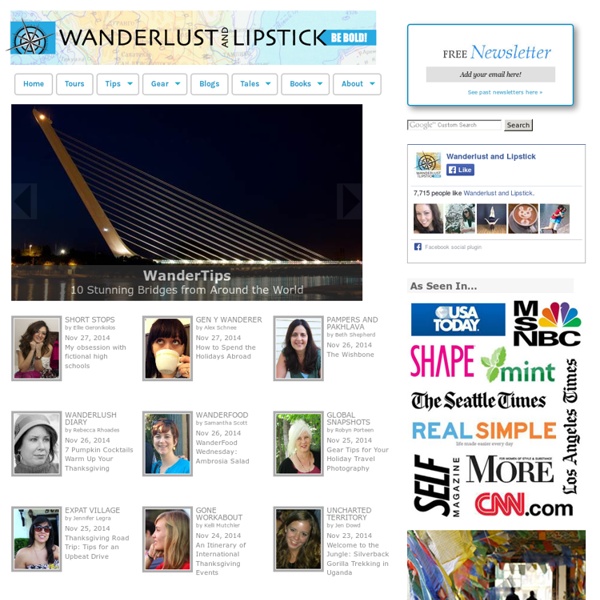 TRAVEL. PAINT. REPEAT. Travel Professional Community - Travel Agents Sharing with Travel Agents 7 Super Tips for Budget Backpacking ... | All Women Stalk It’s still one of the best ways to see the world and that’s why you might need some great tips for budget backpacking. You can go backpacking on a budget and still have the most amazing experience. It’s all about maximizing, well, just about everything really, so you squeeze the very last cent out of every dollar and take advantage of every opportunity. If you’re planning on hoisting up your rucksack or are considering hitting the road well traveled, read on for some essential tips for budget backpacking and the holiday of a lifetime. The most obvious and truly the most sensible rule of budget backpacking is what you carry in your rucksack!

Western Australia feels the heat As the thermometer came close to 50C in Marble Bar yesterday, the Weather Bureau revealed 2011 was on track to be Perth's hottest year. The Pilbara town, which proudly boasts of being Australia's hottest, officially recorded a high of 48.4C. But it was pipped by Roebourne Airport, also in the Pilbara, which recorded a scorching 49C - WA's hottest December day ever. The bureau revealed this week that Perth's mean daytime temperature so far this year was 25.6C - well above the previous record of 25.3C in 2010. The mercury rose to 49.2C at Onslow Airport at 1.05pm today, the highest maximum temperature in the State today. The temperature was the second hottest on record for a December day and the third hottest in Australia, close behind Roebourne’s records from yesterday. In Mardie, the temperature reached 48.3C at 12.45pm and Learmonth sweltered through 48C heat at 2.09pm today. And with forecasts of low 30s next week, the average could rise. "We had one of the hottest summers on record . . .

Road Trip! 19 Remarkable ‘Road’ Images A Post By: Darren Rowse Roads… they’re all around us but I’ve never really considered them to be in my most photogenic subjects list. But maybe I need to rethink that! Image by Paolo Margari Image by Bartek Kuzia Image by Matthew Fang Image by gari.baldi Image by eir@si Image by Shahram Sharif Image by Martino\’s doodles Image by purplemattfish Image by MSH* Share a link to your favorite ‘road’ photo in comments below.