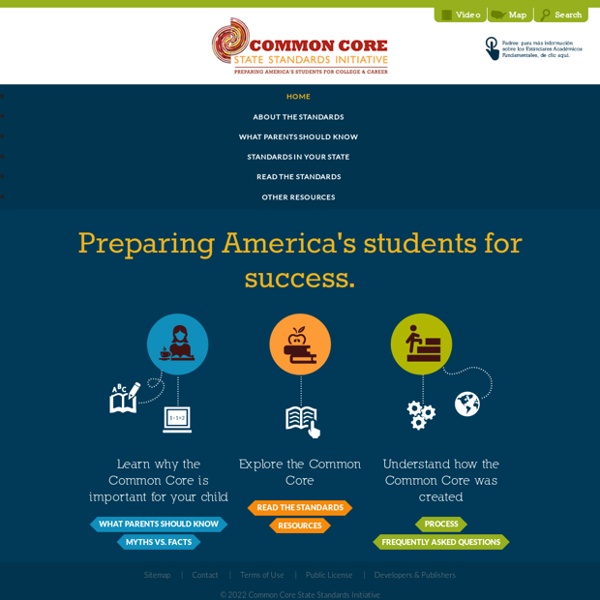 The Common Core State Standards provide a consistent, clear understanding of what students are expected to learn, so teachers and parents know what they need to do to help them. The standards are designed to be robust and relevant to the real world, reflecting the knowledge and skills that our young people need for success in college and careers. With American students fully prepared for the future, our communities will be best positioned to compete successfully in the global economy. Building on the excellent foundation of standards states have laid, the Common Core State Standards are the first step in providing our young people with a high-quality education. It should be clear to every student, parent, and teacher what the standards of success are in every school.

'Barrelhouse Words: A Blues Dialect Dictionary' Book Excerpt Introduction This idiosyncratic, discursive dictionary was assembled to unravel the most unusual, obscure, and curious words, expressions, and proper or place names found on race records, the music industry trade term for recordings intended for blacks. As a special category, such records were promoted between 1923 and 1949, when the term was replaced in Billboard by its own clumsy confection, "rhythm and blues," put forth in the interests of appearing less racist, and to retire a term that was associated with musical smut. Most race recordings consisted of blues songs, which served as the popular music of black Americans from around the turn of the twentieth century until (roughly) the outset of the Second World War, a span I have designated as the blues era. Blues songs did not operate along the lines of conventional song composition, as it existed from the 1890s through the 1950s in what has become known as the Tin Pan Alley era of popular music.

Math Programs: How They Rate on Common-Core Alignment Based on market share and states’ recommendations, EdReports.org selected 20 math instructional series to review for common-core alignment. (For reporting purposes, K-5 and 6-8 texts from the same publisher were considered separate series.) Small teams of educators scored the digital and print texts on focus, coherence, rigor, and usability. In addition to individual grade-level ratings, EdReports.org gave summative ratings for each grade band (K-2, 3-5, and 6-8). Best iOS Emulator for Windows 7/8/8.1/10 to run iOS apps How to run iOS apps in Windows Computer or PC is one of trending search now a days. People are searching for best iOS Emulator for Windows, but unable to find best according to their needs. So, We have decided to write a post on best iOS emulator for PC by which you can run iOS apps in your Windows laptop or computer. Recently, We received a mail in which one guy was asking about best iOS Emulator for Windows 10. There are many iOS for Windows PC, but here We will list best iOS emulator for your Windows so that you can easily run your favourite iOS app your Windows computer. As, you guys know that iOS is favourite OS for developers, any app which gets released is first launched for iOS mobiles.

English Language Arts Standards The Common Core State Standards for English Language Arts & Literacy in History/Social Studies, Science, and Technical Subjects (“the standards”) represent the next generation of K–12 standards designed to prepare all students for success in college, career, and life by the time they graduate from high school. The Common Core asks students to read stories and literature, as well as more complex texts that provide facts and background knowledge in areas such as science and social studies. Students will be challenged and asked questions that push them to refer back to what they’ve read.

Higher Education More than one-third of all students require remedial education once they enter public two- and four-year colleges. Smarter Balanced is working with higher education leaders and faculty to develop an assessment system that helps prepare high school graduates for the demands of college. A College Readiness Assessment Too many students graduate from high school without the knowledge and skills they need to succeed in college and the workplace.

5 Fantastic, Fast, Formative Assessment Tools I thought I could read my students' body language. I was wrong. As an experiment, I used Socrative when I taught binary numbers. Mathlanding Educator Review Learning Scores Engagement Is the product stimulating, entertaining, and engrossing? Will kids want to return? 3 This well-organized site for teachers is very plain visually, but lets linked content shine. Web 2.0 Guru - Web 2.0 Resources This work is licensed under a Creative Commons Attribution-NonCommercial-NoDerivs 3.0 Unported License. WEB 2.0 RESOURCES FOR 21st CENTURY INSTRUCTION This has gone from 10 to 20 in less than a year. I have more, but wanted to share some of my favorites here!

Hi Jeff, I think these are a possible fit for what you are doing. by cbeaverford Nov 17