Tribute to Hayao Miyazaki. Kahlil Gibran's The Prophet. The Thief and the Cobbler. After his success as animation director on Who Framed Roger Rabbit, Williams signed a deal in 1988 to have Warner Bros. finance and distribute the film.[4] However, negotiations broke down when production went over budget and behind schedule and Williams was unable to complete the film on time. 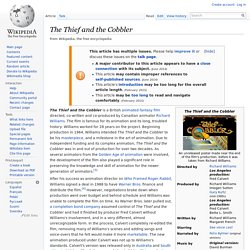 Brooklyn nine nine. Is not available. 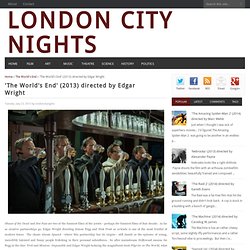 Mac Guff. Mac Guff is a French visual effects company based in both Los Angeles, USA and Paris, France, where it is headquartered. 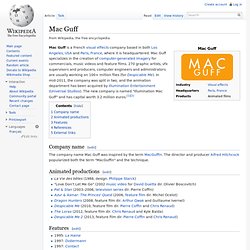 Mac Guff specializes in the creation of computer-generated imagery for commercials, music videos and feature films. 270 graphic artists, vfx supervisors and producers, computer engineers and administrators are usually working on 100+ million files (for Despicable Me). Shoah (film) Shoah is a 1985 French documentary film directed by Claude Lanzmann about the Holocaust. 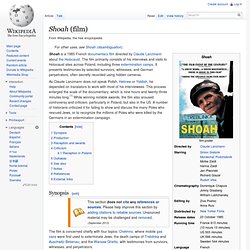 The film primarily consists of his interviews and visits to Holocaust sites across Poland, including three extermination camps. It presents testimonies by selected survivors, witnesses, and German perpetrators, often secretly recorded using hidden cameras. As Claude Lanzmann does not speak Polish, Hebrew or Yiddish, he depended on translators to work with most of his interviewees. This process enlarged the scale of the documentary, which is nine hours and twenty-three minutes long.[1] While winning notable awards, the film also aroused controversy and criticism, particularly in Poland, but also in the US. A number of historians criticized it for failing to show and discuss the many Poles who rescued Jews, or to recognize the millions of Poles who were killed by the Germans in an extermination campaign.

Lanzmann interviews many bystanders as members of public groups. Professor Robert D. Look Around You. This page contains quotes from Look Around You, a BBC television series which ran from 2002 to 2005. 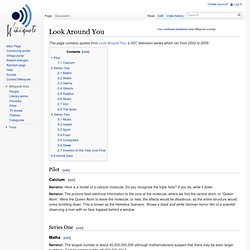 Pilot[edit] Calcium[edit] Narrator: Here is a model of a calcium molecule. Do you recognise the triple helix? Dreams (1990 film) Dreams (夢, Yume? 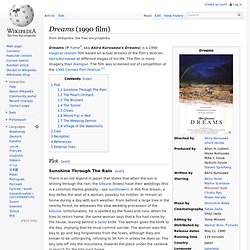 , aka Akira Kurosawa's Dreams) is a 1990 magical realism film based on actual dreams of the film's director, Akira Kurosawa at different stages of his life. The film is more imagery than dialogue. The film was screened out of competition at the 1990 Cannes Film Festival.[1] There is an old legend in Japan that states that when the sun is shining through the rain, the kitsune (foxes) have their weddings (this is a common theme globally – see sunshower). In this first dream, a boy defies the wish of a woman, possibly his mother, to remain at home during a day with such weather. Stand by me stephen king. Movie Review - Death in Venice - DEATH IN VENICE. Is not available. Moonrise Kingdom. Moonrise Kingdom is a 2012 American film directed by Wes Anderson, written by Anderson and Roman Coppola. 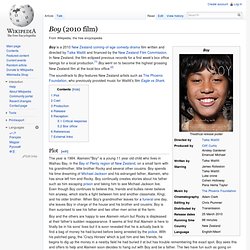 In New Zealand, the film eclipsed previous records for a first week's box office takings for a local production.[1] Boy went on to become the highest grossing New Zealand film at the local box office.[2] The soundtrack to Boy features New Zealand artists such as The Phoenix Foundation, who previously provided music for Waititi's film Eagle vs Shark. The year is 1984. Alamein/"Boy" is a young 11 year old child who lives in Waihau Bay, in the Bay of Plenty region of New Zealand, on a small farm with his grandmother, little brother Rocky and several other cousins. Boy spends his time dreaming of Michael Jackson and his estranged father, Alamein, who has since left him and Rocky.

Boy and the others are happy to see Alamein return but Rocky is displeased at their father's sudden reappearance. Sync Subtitles With The Video In VLC. Handy as they are, subtitles can turn extremely irritating if they’re out of sync with the video. 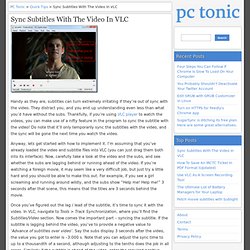 They distract you, and you end up understanding even less than what you’d have without the subs. Much Ado About Nothing - Digital Theatre. Some cupid kills with arrows, some with traps. 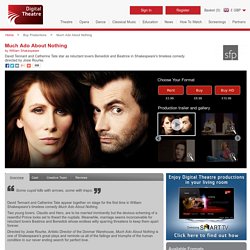 David Tennant and Catherine Tate appear together on stage for the first time in William Shakespeare’s timeless comedy Much Ado About Nothing. Two young lovers, Claudio and Hero, are to be married imminently but the devious scheming of a resentful Prince looks set to thwart the nuptials. Meanwhile, marriage seems inconceivable for reluctant lovers Beatrice and Benedick whose endless witty sparring threatens to keep them apart forever. L'Illusionniste.