Man From Earth: The Series by Richard Schenkman & Eric D. Wilkinson. Thanks to your incredibly generous support, we have hit the first "stretch goal" of $45,000! 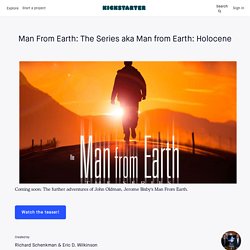 Incredible!! Thank you so much. Now, with only days left in the campaign, we're pushing for $50,000, and if we hit it, we're proud to offer this additional reward to EVERYBODY who's pledged $20 or more: These are three unproduced scripts from Bixby's personal archives, selected by Emerson Bixby as some of the finest examples of his father's work. Included will be: "The Sea Demon" (1964) -- A millionaire playboy converts an old slave ship into a pleasure yacht, only to learn on the maiden cruise that the boat is haunted by the ghosts of murdered Haitian slaves.

"One Million Years and a Day" (1966) -- American & Soviet scientists working at the South Pole discover an ancient military base which may not be of human origin. "The Solomon Ordeal" (1980) -- A demon has taken possession of an engineer who helped developed a doomsday machine, and intends to use it to destroy the world. Very Nice. Imdb. The man from earth movie with English subtitle. Kortfilmsklubben - engelska: Stutterer - UR Skola. 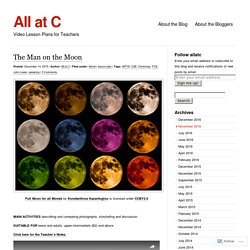 The English Learner Movie Guides. Funny! Basil gives Manuel a language lesson - Fawlty Towers - BBC. Teach With Movies - Lesson Plans from movies for all subjects. Celebrate The 30th Anniversary Of The 'Breakfast Club' Detention With 30 Apropos Gifs. Thirty years ago today, a ragtag gang of rule-breaking youths entered a library and embarked on the most epic detention sentence the big screen has ever seen. 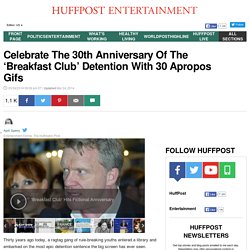 On March 24, 1984, the lovable misfits of “The Breakfast Club” entered a Saturday morning detention at Shermer High School. To be clear, today is not the anniversary of the film’s premiere, but of the actual detention date. In honor of the punishment that made so many movie-goers pine for their high school days, here are 30 gifs that more or less sum up this ‘80s classic. 30 years ago we met Andy, the “athlete,” Allison, the “basket case,” Film in Action. Until quite recently it was difficult to find pedagogically sound film material to help students improve their language through watching film, and teachers had to spend many hours creating their own materials. 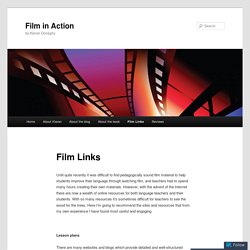 However, with the advent of the Internet there are now a wealth of online resources for both language teachers and their students. With so many resources it’s sometimes difficult for teachers to see the wood for the trees. Here I’m going to recommend the sites and resources that from my own experience I have found most useful and engaging. Lesson plans There are many websites and blogs which provide detailed and well-structured lesson plans designed around film and television clips, short films and viral videos which save the busy teacher a lot of time. Film English – My own award-winning resource site has over a hundred and twenty detailed lesson plans designed around short films. Allat C – Lessonstream – Viral ELT – Visual Manifesto – Looking Back At What Makes 'Dirty Dancing' Such A Classic. Some movies just stick with us forever, because they're the kind of movies that have us learning all the lines, remembering all the moves, and re-enacting the best scenes in our bedroom wishing so desperately to be that amazing main character in real life. 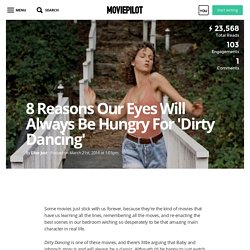 Dirty Dancing is one of these movies, and there's little arguing that Baby and Johnny's story is and will always be a classic. Although I'd be happy to just watch it again and again and again, rewinding it forever and basking in the warm feeling of the best kind of nostalgia, it won't hurt to look at why, exactly, Dirty Dancing holds such a special place in our hearts. 1. Film in Action Activities. To celebrate the forthcoming publication of my new book Film in Action for DELTA Publishing in April, I’m going to share some activities from the book in a series of posts over the coming weeks. 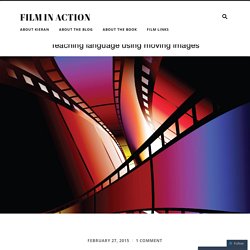 Here’s the first. This simple activity gets students thinking and talking about the multi-facteted and multi-modal nature of film and generates a huge amount of discussion and language with minimal teacher preparation. I suggest you use a dramatic scene which has quite a lot of tension. Here’s a scene from American Beauty which works very well with this activity. However, the activity can be used with virtually any scene which has interaction between two or more characters. Once you have selected your scene move onto the actity as outlined below: If you try this activity with your students, do please let me know how it goes (in the Comments box below)! Kieran Like this: Like Loading...