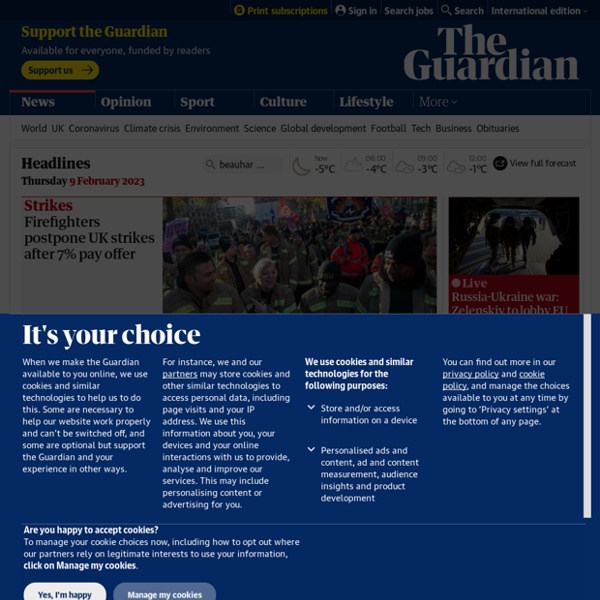 Surface Design + Inspiration Interiors | Pillow Talk It seems like these days the throw pillow craze has reached new heights. No longer are we looking for our couch decorations just to blend in and stay still, we have begun to ask our couch art to positively pulse with creativity. And that’s where artists like Tyler Spangler step in. His collection of vibrant and color flooded art prints are available as throw pillows on Society 6, in case your couch is looking a bit plain. – Julie Rose How to Write a Limerick - Kenn Nesbitt's Poetry4kids.com What is a Limerick? Limericks are one of the most fun and well-known poetic forms. No one knows for sure where the name “limerick” comes from, but most people assume it is related to the county of Limerick, in Ireland.

The Stories That Only Artists Can Tell  Here is a pitch for artists to write their own stories, their autobiographies, because there aren't many fine artists who have done so. A handful have -- including Thomas Hart Benton, Man Ray, James Rosenquist, Leroy Neiman, Larry Rivers, Margaret Bourke-White, Eric Fischl, Anne Truitt (if you count her published diary entries), Andy Warhol and Salvador Dali (neither of whose books were intended to be revealing, so they hardly count at all) -- and occasionally some artists have written essays for catalogues (usually about their art). However, the most important artists of the past century or so have been content to let others write about them. Why does that matter? A couple of reasons: First, it seems to me that artists talk about different things when describing themselves than do their biographers and commentators. Biographers focus almost exclusively on the artwork, who taught and influenced the artist, changes in the artist's work, an estimation of the artist's work.

The Adventures of Tom Sawyer: Quotes "He 'pears to know just how long he can torment me before I get my dander up, and he knows if he can make out to put me off for a minute or make me laugh, it's all down again and I can't hit him a lick. I ain't doing my duty by that boy, and that's the Lord's truth, goodness knows. Spare the rod and spile the child, as the Good Book says. I'm a laying up sin and suffering for us both, I know." He had discovered a great law of human action, without knowing it—namely, that in order to make a man or a boy covet a thing, it is only necessary to make the thing difficult to attain. If he had been a great and wise philosopher, like the writer of this book, he would now have comprehended that Work consists of whatever a body is obliged to do and that Play consists of whatever a body is not obliged to do.

CxC - Childfree by Choice — Faith Popcorn's BrainReserve Redefining Tomorrow’s Family The nuclear family is detonating “As American as Mom and apple pie,” the saying used to go. But now, a societal tsunami is underway, changing the way we see motherhood and questioning its primacy in the fabric of our culture. The U.S. birthrate has plunged to unprecedented lows: In the 1970s, 1 in 10 American women were childless. Today, the number is 1 in 5.

Top Ten Spelling Rules Spelling Tip Number 9 - Knowing Spelling Rules The Top Ten Spelling Rules Knowing spelling rules, and the exceptions to the rule, is a great strategy to help you understand why spelling is the way it is and helps you spell. The Eccentric Artwork of Rebecca Horn If Rebecca Horn is not a cult artist, it’s hard to define what we mean by ‘cult artist’. But the truth is that Horn isn’t really viewed as a cult artist at all. From her distinctive looks, to her body of work that spans five decades and includes whispering Chinese voices in the dark, rattling hanging typewriters, Donald Sutherland dancing with snakes, and a woman wandering around with a horn protruding from her headpiece, Horn’s career is brimming with the kind of eccentric material that would normally see an artist labelled ‘cult.’ Horn, born in Germany during the latter stages of the Second World War, sits alongside Joseph Beuys and Anselm Kiefer as one of her nations greatest contemporary artists. Like Kiefer, it is easy to point to her homelands tumultuous recent history as providing a backdrop for her art, particular in light of her attempt to recreate Germany’s past for Skulptor Projekte Munster. No doubt the young artist experienced the scars of wartime defeat.

Films with strong female character to be given 'F' rating at Bath Film Festival  Bath's 24th Film Festival to introduce new 'F' ratingWill be given to films with strong female lead, director, producer or writerOnly 19 of the 42 films to be shown have been given an 'F' rating Speaking to the MailOnline, festival producer says she hopes to start conversation on the gender inequality in film industry By Katy Winter for MailOnline Published: 14:53 GMT, 9 November 2014 | Updated: 16:03 GMT, 9 November 2014 As well as standard age ratings such as PG, 12A and 18 we may soon be seeing films given an additional rating based on its depiction of female characters. 12 Must-Read Books for 2015 Happy 2015! With the new year, more reading is always a new year’s resolution, right? I know it’s one of mine, and I’ve seen a bunch of friends ask for book recs on Facebook so I know I’m not alone.

s Trend Briefing covering "7 Consumer Trends To Run With In 2014" Growing numbers of consumers can no longer escape an awareness of the damage done by their consumption: to the planet, society, or themselves. But a mixture of indulgence, addiction and conditioning mean that most can’t substantially change their consumption habits. The result? A never-ending guilt spiral. Which creates exciting opportunities for brands that combine tackling this guilt spiral with consumers’ endless status seeking (still the driving force behind all consumer behavior). Spelling Exercises & Games Click here for some worksheets to print off Click here for what other people have said about the help I've given them. Click here to see the books I recommend about spelling, history of spelling/English, dictionaries and books on creative writing Some recent comments Congratulations on the site, Joanne, it is terrific.

The Gravity Defying Paintings of Jacek Yerka I’m a big fan of the surreal art of Hieronymus Bosch (for me, Bosch was the first surrealist before surrealism was even a thing), and Polish surrealist Jacek Yerka says Bosch was one of the reasons he decided to throw himself full pelt into art, after seriously considering a career in astronomy. You can actually see his love of both astronomy and Bosch in his wonderfully odd paintings that defy gravity; bedrooms are turned upside down, 15th century Flemish towns are uprooted from the ground by giant stony heads, whilst libraries suspend reservoirs. It’s all delightfully playful, hints at mystery and myths, whilst pooling dreams for subject matter and Dutch renaissance art for technical inspiration. Think Dali meets Van Eyck and you’ve got it.

Testimonials After looking for a Rental Property, we found the other Agencies, would not return calls for days, or properties that had been leased, still advertised, we found some off the other Agencies rude or did not care. Peter & piper Other Agents Don't Compare My family and I were quite particular in the property that we were seeking and found the service and advice excellent. by islandhomesbuysell Apr 30