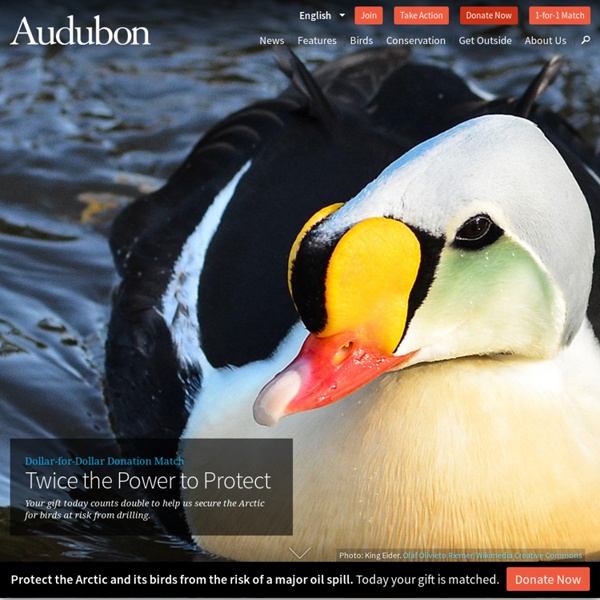 Macaws, Macaw Pictures, Macaw Facts Macaws are beautiful, brilliantly colored members of the parrot family. Many macaws have vibrant plumage. The coloring is suited to life in Central and South American rain forests, with their green canopies and colorful fruits and flowers. The birds boast large, powerful beaks that easily crack nuts and seeds, while their dry, scaly tongues have a bone inside them that makes them an effective tool for tapping into fruits. Macaws also have gripping toes that they use to latch onto branches and to grab, hold, and examine items. The birds sport graceful tails that are typically very long.

Ecological Footprint Quiz The footprint quiz is powered by Adobe Flash. It will only run on devices running Adobe Flash. Sign up for our newsletter What is the Ecological Footprint? The Ecological Footprint is a resource accounting tool that measures how much biologically productive land and sea is used by a given population or activity, and compares this to how much land and sea is available. Action Center Skip to main content You Can Help... Urge the EPA to support a limit on carbon pollution! Tell the EPA and the Corps you support restoring Clean Water Act rules. Great black hawk - WOW.com The great black hawk (Buteogallus urubitinga) is a bird of prey in the family Accipitridae, which also includes the eagles, hawks, and Old World vultures. The great black hawk is a resident breeding bird in the tropical New World, from Mexico through Central America to Peru, Tobago and northern Argentina. It resembles the common black hawk, but is larger with a different call and tail pattern. This is a mainly coastal bird of forest and open woodland near water. It builds a large stick nest in a tree, and usually lays one dark-blotched whitish egg.

Acceleration Formula Acceleration is a measure of how quickly the velocity of an object changes. So, the acceleration is the change in the velocity, divided by the time. Acceleration has a magnitude (a value) and a direction. The direction of the acceleration does not have to be the same as the direction of the velocity. The units for acceleration are meters per second squared (m/s2). a = acceleration (m/s2) Red-tailed Hawk, Identification, All About Birds - Cornell Lab of Ornithology Similar Species The first step with identifying any hawk is to use its size and shape to decide what type you're looking at. Is it one of the three main groups: buteo, accipiter, or falcon? Buteos have broad, rounded wings and short, wide tails, and you often see them soaring without flapping. Red-shouldered Hawks, another common buteo, tend to be smaller than Red-tails with a banded tail and warm brown barring below. Swainson's Hawk has a dark trailing edge to the underside of the wing, and a dark chest.

Interactive . The Poisoner's Handbook . American Experience . WGBH Follow forensic chemist Alexander Gettler and chief medical examiner Dr. Charles Norris through 1920s New York City as they help solve crimes with groundbreaking forensic science. Using four case studies of lethal poisons, you can find the visual evidence, chemical trails, and supporting evidence to uncover the truth and learn some basics about biochemistry – the impact of poisons on the human body. Watch the video on what this is and how it works. PBS LearningMedia has created educational resources for teachers to use alongside "Tales from the Poisoner's Handbook." Launch Tales From the Poisoner's Handbook!