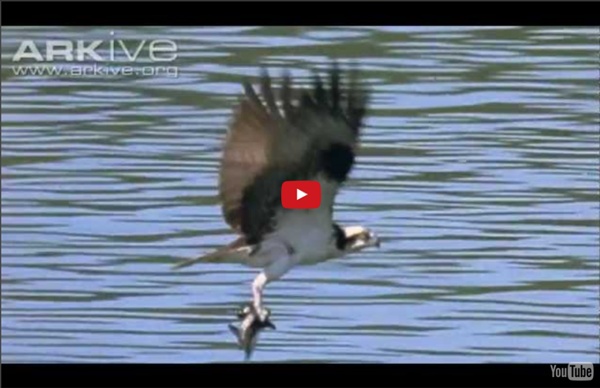 Musée Giverny virtuel Lab of Ornithology: Home Study Course Document Actions Course DescriptionHow does it work?What is included?Who should take this course? Course Description The Cornell Lab of Ornithology Home Study Course in Bird Biology is a basic ornithology class designed to provide comprehensive, college-level information on birds and their environments in a manner accessible to nonscientists and teachers the world over. The course was written by 12 leading ornithologists and edited by Lab staff to provide consistency among the various topics. Top How does it work? The course requires the Handbook of Bird Biology, 2nd edition, which unfortunately is out of print. Because of continuing demand, we still offer the course to those who are able to find a copy of the Handbook. To successfully complete the course you must read the 10 chapters of the Handbook (we recommend reading them sequentially), answer the exam questions at the end of each chapter, and mail the exams to the Lab for grading and comment. What is included? Chapter Topics

Cat On Boat Plays With Dolphins - Slothster Comment by paulsoul100 great and wonderful, but like many, my concern is for the dolphin, they are free beings, with there own development in progress. they must not be used for our desires and will.. let them evolve in there own time in there own way. and let us not rape the oceans for our collective greed. Comment by d4dolphin Beautiful video to watch....showing people the gentleness of dolphins. Comment by cat_lover I don't think it is "fish breath" that is the attraction. Comment by dolphinlover I dont believe in keeping animals in captivity either but most dolphins or wild life that is in captivity is because they were hurt at one time. Comment by SkiBum4ever Both are mammals, The genetic engineers are attempting to cross breed the cat with the dolphins at this very moment. so look for the Furry dolphin or the very smooth cat at a pet shop near you. Comment by babyhedred This is so amazing to see. Comment by lovingtheson Comment by mockswede Comment by Overcomer98 Comment by neckarmittel

San Diego Birding Pages San Diego Birding Pages Site Index Home Kitchen Creek Road is paved all the way; however, Fred Canyon Road is 4WD/high clearance only. Approximate Length: 14 miles Approximate Birding Time: 2 hours without the optional trails; 4 hours with the trails Traffic: Very light, if that. Facilities: There are pit toilets at the Cibbets Flat Campground and various campgrounds up in the Lagunas. Directions: Take I-8 east about 45 miles, past the turnoffs to Cuyamaca and Laguna Mountains, and exit on Kitchen Creek Road. This driving route offers good birding in a variety of habitats on a good paved road with relatively little traffic (during the week). Kitchen Creek Road just off the freeway The road rises shortly after that, getting into thicker chaparral habitat; scan the tops of the rocky cliffs for raptors, swallows, and White-throated Swifts. Optional Trail: Pacific Crest Trail (PCT) Southbound @ Kitchen Creek Road PCT Trailhead Typical chaparral habitat View of Kitchen Creek from the PCT Go to top

grouse facts Ruffed Grouse (Bonasa umbellus) are the most widely distributed resident game bird in North America, living now or recently in all of the Canadian Provinces and in 38 of the 49 states on the continent. Their range in the East extends from near the tree-line in Labrador to northern Georgia and northeastern Alabama, and they once occurred as far south as Arkansas in the central part of the continent, although now they occur only in isolated pockets west of the Appalachians and south of the states bordering the Great Lakes. Quite isolated populations live in the Black Hills of South Dakota and the Turtle Mountains in North Dakota. In the mountains of the West, they range south to central Wyoming and central Utah, but apparently never reached most of the mountains of Colorado, northern Arizona and northwestern New Mexico. Ruffed Grouse have become established where they were not native in both Newfoundland and Nevada by transplanting wild-trapped birds. Top Minnesota Lo-res version

World-Birds :: Categories: Asia, China, India, Goa, Sri Lanka, Thailand, Vietnam Christmas and New Year December 2010, JW Marriott Resort and Spa, Phuket A 10-day Christmas break was exactly what we needed after the year that 2009 was. We couldnt have chosen a better country to relax, chill and re-charge and it was with heavy hearts when left to return to Kuwait after New Year. All we can say, is that we will be back. Also heartening was the fact that this is one of the first destinations where I have stepped off the plane and seen an indigenous bird first and not some introduced exotic which is always the case. A new country creates a buzz for any birder, as most birds seen would be lifers and Phuket was no exception. The amount of white in the wings is always surprsing when these herons take flight I managed to catch this one in the soft afternoon light and we can use it to compare to Squacco and Indian Pond Heron which occur in Kuwait An added bonus was also finding Yellow Bittern at the same lake White breasted Waterhens were seen feeding across the Lilly pads

Expedition: South African Penguins Claire Doe | Thursday, February 06, 2014 “Life on Robben Island” It's been home to a Leper Colony, psychiatric hospital and a maximum security prison and Robben Island was my home for 2 amazing weeks. Our main activity was Nest Checking. Other activities included a Moult Count, Chick Growth Monitoring, Game Counts and Rabbit Counts! The weather meant that tourist boats were not able to run for two weeks. Robben Island is a breeding area for Swift Terns and Hartlaub's Gulls and it was fascinating to drive along and be surrounded by a mass of birds with chicks of varying sizes dashing around! A unique experience that I will never forget and would recommend to anyone.

Welcome | Peace Valley Nature CenterPeace Valley Nature Center | Nature's Classroom BINOCULAR BASICS By Chuck Hawks Binoculars are one of the handiest and most widespread of all optical instruments. Virtually anyone who spends much time outdoors owns (or should own) a pair of binoculars. They are almost a necessity for the astronomer, hunter, saltwater fisherman, boater, sports fan, and experienced traveler. This article is intended to help the person who needs some basic information about binoculars. I hope to explain the specifications and terms commonly associated with binoculars. Perhaps the first thing to understand is that binoculars are really just two small telescopes mechanically linked together. Binoculars are designed to give a correctly oriented, right side up view. Quality Note that I wrote "good pair of binoculars" in the paragraph above. Many things affect both the quality and the price of a pair of binoculars. In many cases the brand name is a guide to quality. The dealer you buy from matters, as well. Buy where you get the help and information you need. Prisms Collimation

U.S. NABCI State of the Birds 2013 Released Agriculture Secretary Tom Vilsack and Interior Secretary Sally Jewell announced the release of the State of the Birds 2013 Report on Private Lands on July 2, 2013. A collaborative effort as part of the U.S. North American Bird Conservation Initiative, involving federal and state wildlife agencies and scientific and conservation organizations, the report shows how private land conservation incentives positively impact bird habitat. View the report and supplemental information. US NABCI Committee August 2013 meeting Materials and presentations NABCI Hosts Human Dimensions Workshop The US Committee of the North American Bird Conservation Initiative hosted a workshop in February 2013 entitled Exploring the Human Dimensions of Bird Conservation. U.S. Next U.S. U.S. The U.S. Monitoring Private Lands Communications State of the Birds One in every three Americans is a bird watcher and wildlife watching generates billions to the economy annually. The U.S.

Page not found | African Bird Club A host of good birds including endemic species and subspecies, good transport connections to most European countries, wonderful weather and an excellent tourist infrastructure, make the Canary Islands a popular destination for birdwatchers. The Canary Islands are part of the Madeira and Canary Islands endemic bird area. On the western and central Canary Islands, laurel forest occurs at 400-1,300 m, and montane pine forest at 800-1,900 m. The islands hold five endemic species including two pigeons which are laurel forest specialists, Bolle's Pigeon Columba bollii and Laurel Pigeon Columba junoniae, and Blue Chaffinch Fringilla teydea which is restricted to pine forest. The purpose of this document is to provide a summary of the Canary Islands and its birds for birders interested in the country and potentially planning a visit.

Feeding cardinals and not house sparrows - Bird Watching Forum - GardenWeb whenever I hear people discussing ways to discourage the sparrow I have to ask myself why? As You can easily see from my photo's when there is an abundant supply of food the birds will all mingle well. From my observation it is only when the food is in short supply that they really begin to be territorial. The question then becomes, why is the seed in short supply? No doubt the answer here is simple economics. From my experience the solution here is to shop around for your wild bird seed. How would you like to find a year around source that has a better selection at prices far below the average retail store prices? In almost every community there is a store that specializes in selling feed, grain and hay for horses or farm animals. If you cannot find a Feed & grain supply in your community check out TSC (Tractor Supply Co.) While we are on the subject of bird feed, you may be surprised at how much you throw away every month without realizing it.