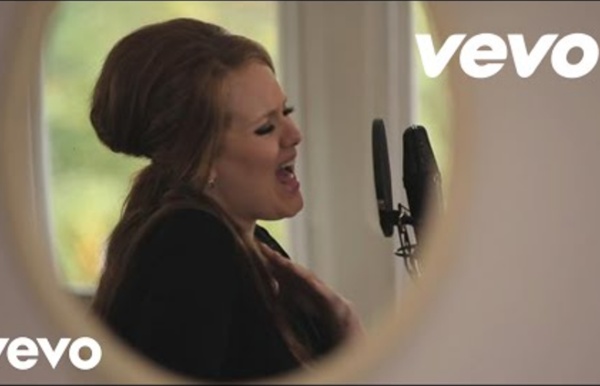 The Quick 10: 10 Ways Shakespeare Changed Everything In honor of William Shakespeare’s birthday tomorrow, we’ve teamed up with Uncommon Goods to create a printable party kit to celebrate the Bard! (Oh, and we're reposting some of our favorite Shakespeare stories to get you in the mood.) The basic thesis of Stephen Marche’s How Shakespeare Changed Everything becomes obvious very early on (as in, it is expressed in the title). Pandora Adele Un article de Wikipédia, l'encyclopédie libre. Adele Adele en concert en janvier 2009.

Cracking Shakespeare's Catholic Code: An interview with Clare Asquith, by Debra Murphy [Editor's Note: Read Clare Asquith's article on the story behind Shadowplay, .] In recent decades the "personal is political" lit crit crowd has read William Shakespeare as everything from Transgressive and Queer to an apologist for Colonialism; from Puritan to Atheist, from regicide to monarchist, from philo-Semite to anti-Semite to Semite. Everyone, it seems, has joined in the "Shakespeare-and-us" game. But in spite of mounting evidence that Shakespeare was actually Catholic, or at least raised that way in a time when owning a rosary could land a subject of Queen Elizabeth in the Tower, few scholars have argued for a layer of dissident Catholic subtext in Shakespeare's staggering wealth of meaning. Until now. We recently spoke with Clare Asquith, author of the controversial new book Shadowplay: The Hidden Beliefs and Coded Politics of William Shakespeare, about her ground-breaking work, and the reaction to it here and in England.

Be an iPad Superstar: 8 Collections of iOS 5 Tips Just when I think I know a lot of about Apple's iOS, someone shows me a clever feature, setting, or shortcut I've never seen before. Since Apple doesn't include a printed manual, it's up to us as iPad, iPhone, and iPod touch users to find our own ways of learning these tips. I'd like to share eight links with tips to help us get the most of our iOS devices. The Always Current iOS 5 Tips and Tricks Guide from Mac|Life 50 Really Useful iPad Tips and Tricks from TechRadar The Publication Coach » Beating writer's block, writing faster, writing tips, copywriters, communicators Reading time: Less than 1 minute Is it worth hiring a professional proofreader? Here's my view, if your publication is going to be printed... I'm a big believer in the value of professional proofreaders. If you're reluctant to spend the money on one (currently somewhere between $35 and $50 per hour), let me tell you about the value they add. In addition to catching and fixing typos, they... Read More

Top 99 Creative Writing Blogs Posted on Thursday February 5, 2009 by Staff Writers From poetry to lengthy prose, creative writing classes in an online English degree can be a great way to express yourself. Of course, even the best online college students and writers can use a few tips, a little inspiration and a whole lot of help getting their work out there. These blogs offer all of that and more. From blogs that focus on writers still trying to make it in the publishing world to those providing updates from best selling authors, you’ll find all kinds of information geared towards improving and informing your creative writing.