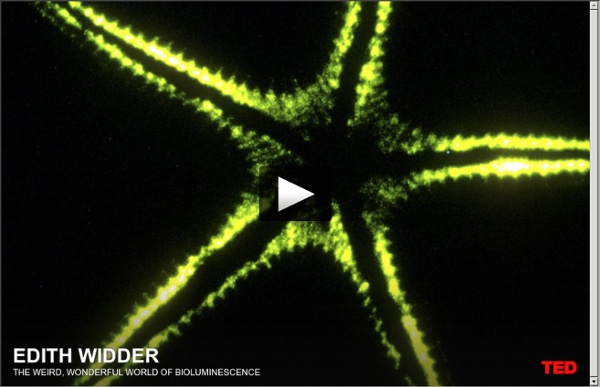 Humpback Whale Puts On Show For Men Who Saved Her When Michael Fishbach set out for his day of boating around the beautiful waters of the Sea of Cortez, he probably didn't think that it would be the day he and his friends would become wildlife heroes. As luck would have it, that's exactly what happened. The group came upon a stranded humpback whale who was so tangled in a mesh of nylon netting that she was beginning to drown, and as Fishbach noted in this video, was possibly an hour from death. The crew worked tirelessly for more than an hour to free the stranded whale and, to their elation, eventually succeeded. For miles on their ride home, the whale put on a beautiful show -- perhaps to say "thank you" to her rescuers? Fishbach has co-founded The Great Whale Conservancy to help protect whales. This isn't the first time that a whale has put on a show in front of humans.

Sounds of the sea: Listening online to the ocean floor By Rhitu Chatterjee and Rob Hugh-Jones PRI's The World "The cable is going underneath here," says Benoit Pirenne, standing at the water's edge on Canada's Vancouver Island. "It's going out 500 miles (800km) in a big loop in the ocean, coming back in the same place." The Vancouver cable connects a network of scientific instruments on the floor of the north Pacific, some as deep as 1.5 miles (2.5km). Set up by Pirenne and his colleagues at the University of Victoria, and called Neptune Canada, they continuously monitor the marine environment. Ocean floor listening posts in the north Pacific off Vancouver Island The scientists are harvesting large amounts of information, including water pressure readings that help them better understand the movement of tsunamis through oceans, which they hope will lead to more accurate warning systems. But they are also listening. It's also now available to anyone else with an internet connection. Ocean 'ears' National security Widening the net